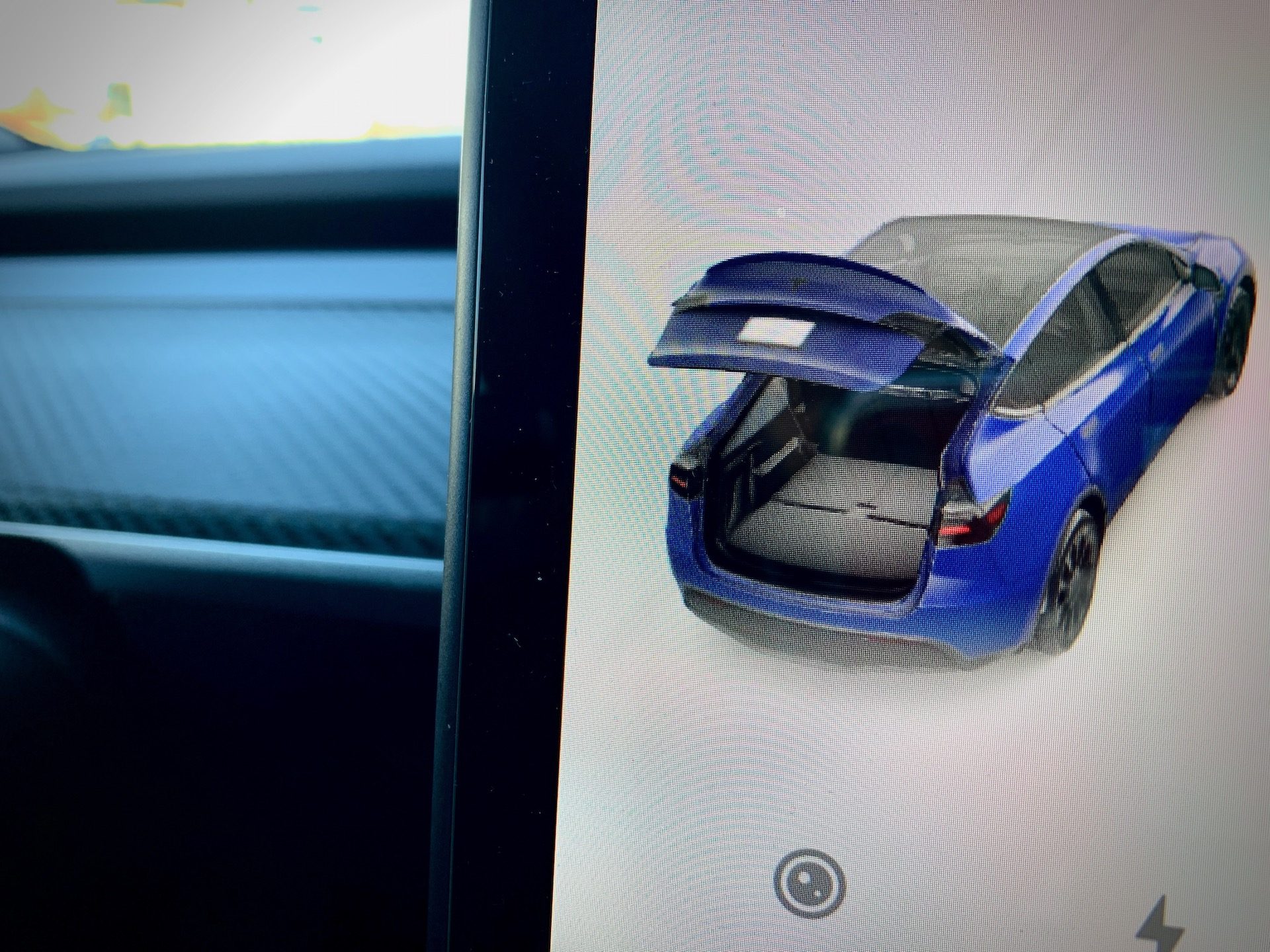 Tesla has all but confirmed that the Model Y’s 7-seat configuration will have a forward-facing third row. Some speculation suggested that the electric automaker was considering a rear-facing third row, returning to the once-equipped jump seats in the Model S flagship sedan.

It appears that Tesla has been leaving breadcrumbs for enthusiasts to find that may confirm the Model Y’s third-row orientation. Tesla owner and content creator Brian Jenkins of i1Tesla spotted a graphic of the Model Y’s 7-seated third-row while driving with his trunk open.

“I was driving with the trunk open,” Jenkins told Teslarati. “Once the beeping stopped, the warning went away, showing the 3rd row. It is the icon on the screen.”

Teslarati was able to confirm the graphic that appears on the center touchscreen, which showed the third-row seats. It appears that the seats will fold upright and will be forward-facing, but that’s not the biggest piece of evidence that points to front-facing rear row seating. 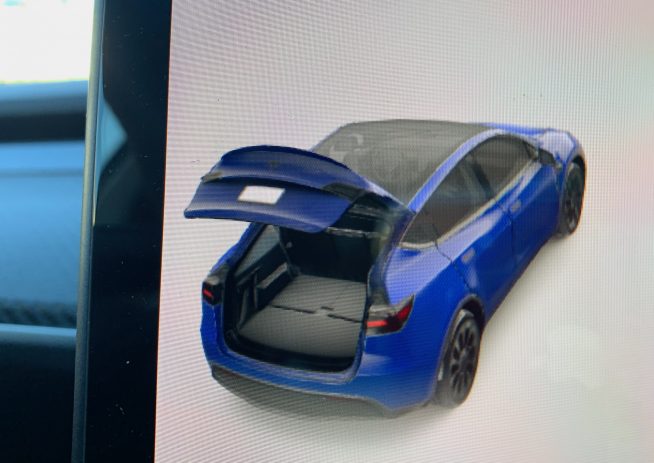 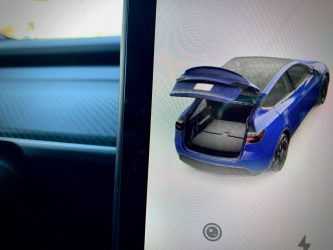 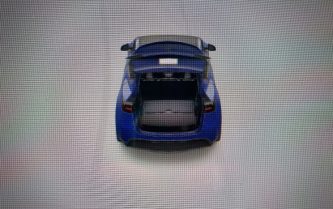 In fact, Tesla has an animation of the Model Y’s interior on its website that shows a normal, forward-facing third row. The rear row’s seatbelts are angled so that they would not interfere with the passengers who occupy those seats, and the base of the seating shows an area for the buckles to come through. If the seats were rear-facing, this seatbelt buckle opening would be on the opposite side.

Speculation regarding the orientation of the Model Y’s third-row began when initial photographs of the third row showed small legroom spaces for passengers who would sit in this row. It seemed impossible that a fully-grown adult would be able to occupy these seats comfortably, and it would likely be left for smaller passengers.

Fuel was only added to the fire when veteran teardown expert Sandy Munro got his hands on a Model Y for a video series. Evidence in the Y’s initial designs hinted to Munro that the third row of seats would be rear-facing. “We can’t see anything that says that we’re going to be putting front-facing seats,” Munro said. “But, we sure can see where it could be a potential there for rear-facing seats.”

Tesla has used rear-facing third-row seats before. The Model S had rear-facing jump seats, and CEO Elon Musk even used them for his kids during a cross country road trip.

Nobody knows for sure which way the third row will face, but evidence from Tesla seems to all but confirm the automaker’s intentions moving forward. The 7-seat variant was set to begin deliveries this month after Musk stated production had begun on the variant in late November. However, no deliveries have taken place up to this point, and Sales Representatives told Teslarati that they expect the car to arrive in January 2021.