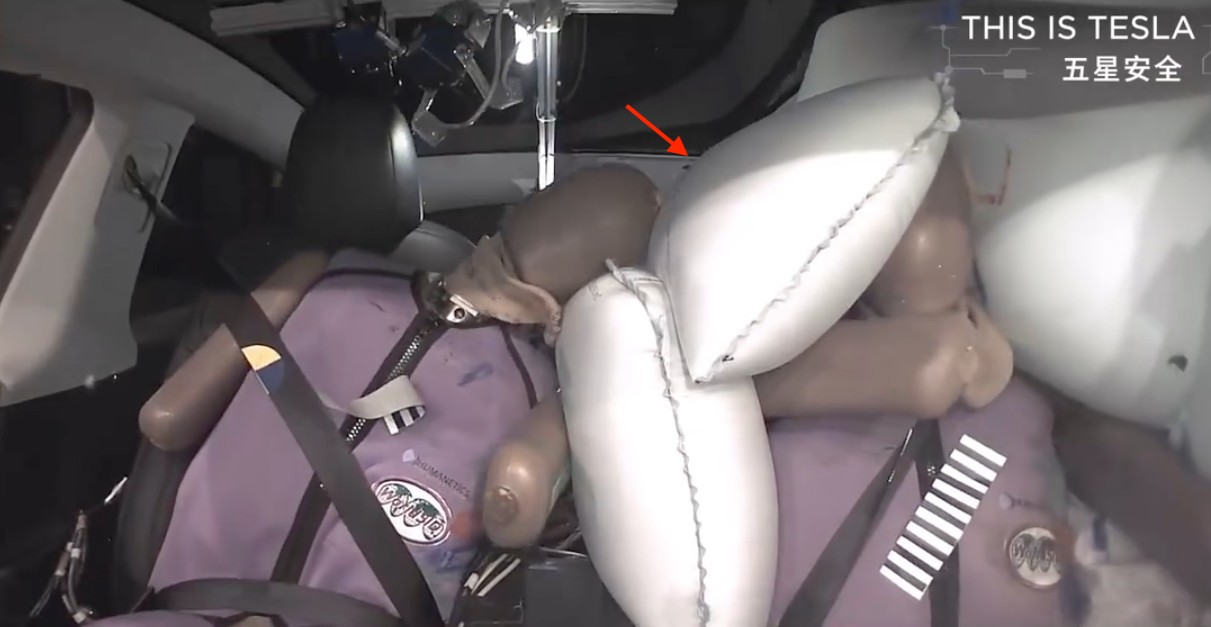 The Tesla Model Y is already one of the safest vehicles on the road today, but even its stellar safety ratings from across the globe are not enough to push the electric vehicle maker to rest on its laurels. In a recent announcement, Tesla China revealed that it had started rolling out a new airbag for the Model Y produced in Giga Shanghai, making the already safe vehicle even safer.

Tesla announced the addition of the new airbag to the China-made Model Y on Weibo, with the company noting that the update was implemented as a way to optimize all-around safety on the road. With the update in place, Model Y units produced at Gigafactory Shanghai now have an extra far-side airbag as standard.

“Design with safety first! Tesla China’s intelligently-made Model Y has been equipped with “remote airbags” as standard equipment to protect your travel safety in an all-around way. #Tesla# uses intelligent safety to protect every consumer, and the safety gene is always the same #ThisisTesla#,” the company wrote.

As could be seen in a video posted by the company on Weibo, the extra far-side airbag is mounted on the inside of the driver’s seatback. When it deploys during a crash, it could significantly reduce contact injuries between front occupants. Such a system would likely be a difference maker during side impact crashes, which could result in occupants being thrown into each other.

The Euro NCAP has noted that about 25% of crash injuries in traffic accidents are due to side crashes, with half of the resulting occupant injuries being due to far-side crashes, according to a CNEV Post report. This is likely one of the reasons why in 2020, the Euro NCAP opted to add far-side occupant safety to its measurement criteria for automotive safety.

The addition of the China-made Model Y’s new airbag was likely made possible by the recent upgrades that were rolled out to the Model Y production line in Gigafactory Shanghai. With this in mind, it would not be surprising if the Made-in-China Model 3, whose production lines in Giga Shanghai were also upgraded, would receive an extra far-side airbag in the near future as well.

Watch Tesla China’s video on the Model Y’s far-side airbag in the video below.