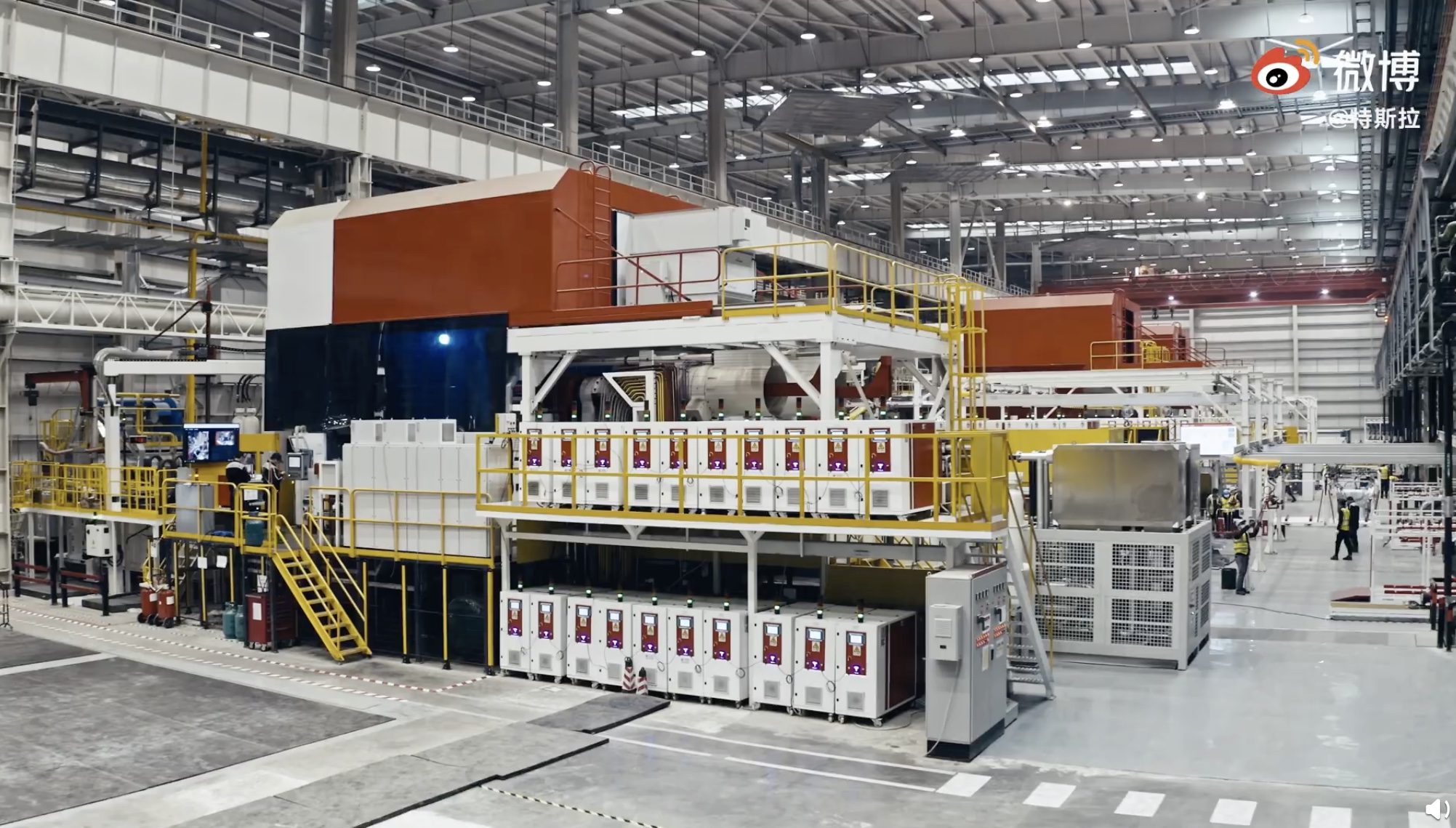 Tesla has shared a rather rare look at Gigafactory Shanghai’s Model Y production line. The video, which was shared in the electric car maker’s official Weibo account, featured several elements of the Model Y’s assembly process in the China-based plant, including the use of single-piece megacasts for the all-electric crossover’s rear underbody.

The EV maker’s recent Weibo video specified that Giga Shanghai’s Giga Press machines are massive 6,000-ton die-casting equipment that integrates the Model Y’s back plate into a whole. Tesla China noted that its use of megacasts for the Model Y results in several advantages, including a reduction in weight, a more streamlined welding process, and a more simplified build.

Tesla also remarked that the Model Ys’ megacasts improve the vehicle’s overall build quality. This was a point highlighted by auto veteran Sandy Munro in his ongoing teardown of the 2021 Model 3 from the Fremont Factory. Commenting on the Model 3’s build quality, Munro noted that the use of megacasted components should allow Tesla to make its builds more consistent, as fewer parts result in fewer areas for errors.

Tesla China is pushing the Model Y in China this year, with the electric car maker promoting the all-electric crossover as an ideal vehicle for families that value utility and safety. Features such as a HEPA filter and a dedicated Bioweapon Defense Mode were introduced to the Made-in-China Model Y as well, making the vehicle more attractive for consumers who live in areas where air pollution is prevalent.

So far, the Tesla Model Y seems to be gaining some ground in China, with the all-electric crossover attracting crowds during its debut. Local reports then noted that Tesla stores were overwhelmed with potential customers, with the company’s official website crashing due to traffic at one point. Estimated delivery times for Made-in-China orders also hint that the vehicle has been sold out, at least for the first few months of the year.