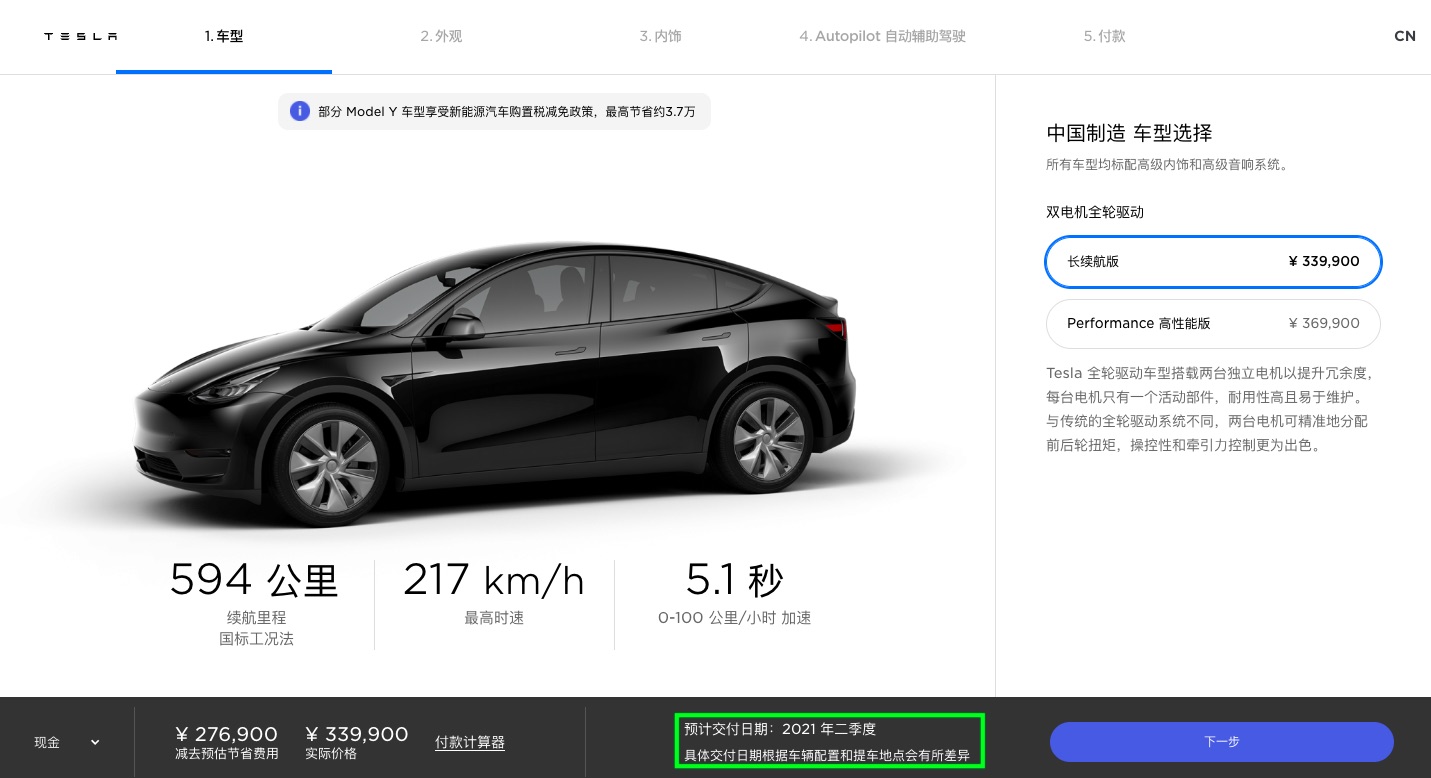 It appears that the influx of orders for the Made-in-China Tesla Model Y is not abating anytime soon. Based on recent updates to Tesla China’s online configurator, orders for the all-electric crossover placed today now have an estimated delivery date sometime in the second quarter of 2021.

The update was shared on Twitter by Tesla owner and EV advocate @Ray4Tesla, who noted that the Giga Shanghai-made Model Y’s expected delivery dates were listed as February to March 2021 yesterday. The fact that this date was pushed back to sometime in the second quarter today suggests that a good number of Model Y orders are still coming in.

What is quite interesting is that the first quarter is traditionally show for Tesla in China. The Model Y, considering its initial reception from the public so far, seems poised to buck this trend, allowing the EV maker to post strong sales in Q1 2021. This should help Tesla meet its production goal this year for Gigafactory Shanghai, which reportedly stands at about 550,000 vehicles, comprised of 300,000 Model 3 and 250,000 Model Y.

While Tesla has not confirmed previous reports about its reported 550,000-vehicle goal this 2021, a recent study from China Industrial Securities has estimated that the electric car maker is poised to produce 523,000 vehicles in 2021, comprised of 278,000 Model 3 and 245,000 Model Y. The financial firm also noted that Tesla’s Gigafactory Shanghai has reached a production capacity of 8,000 vehicles per week, comprised of 5,000 Model 3 and 3,000 Model Y.

The progress of Gigafactory Shanghai has been remarkable, with the facility’s Phase 2 zone, which hosts the Model Y factory, being built at record speed despite the pandemic. Recent flyovers of the Gigafactory Shanghai site hint that Model Y volume production is well underway, with the facility’s holding lots now being populated by larges numbers of the all-electric crossover. That being said, considering that the Model Y has been attracting large numbers of people to Tesla stores across China, Giga Shanghai may have to dig deep in order to meet the demand for the all-electric crossover.