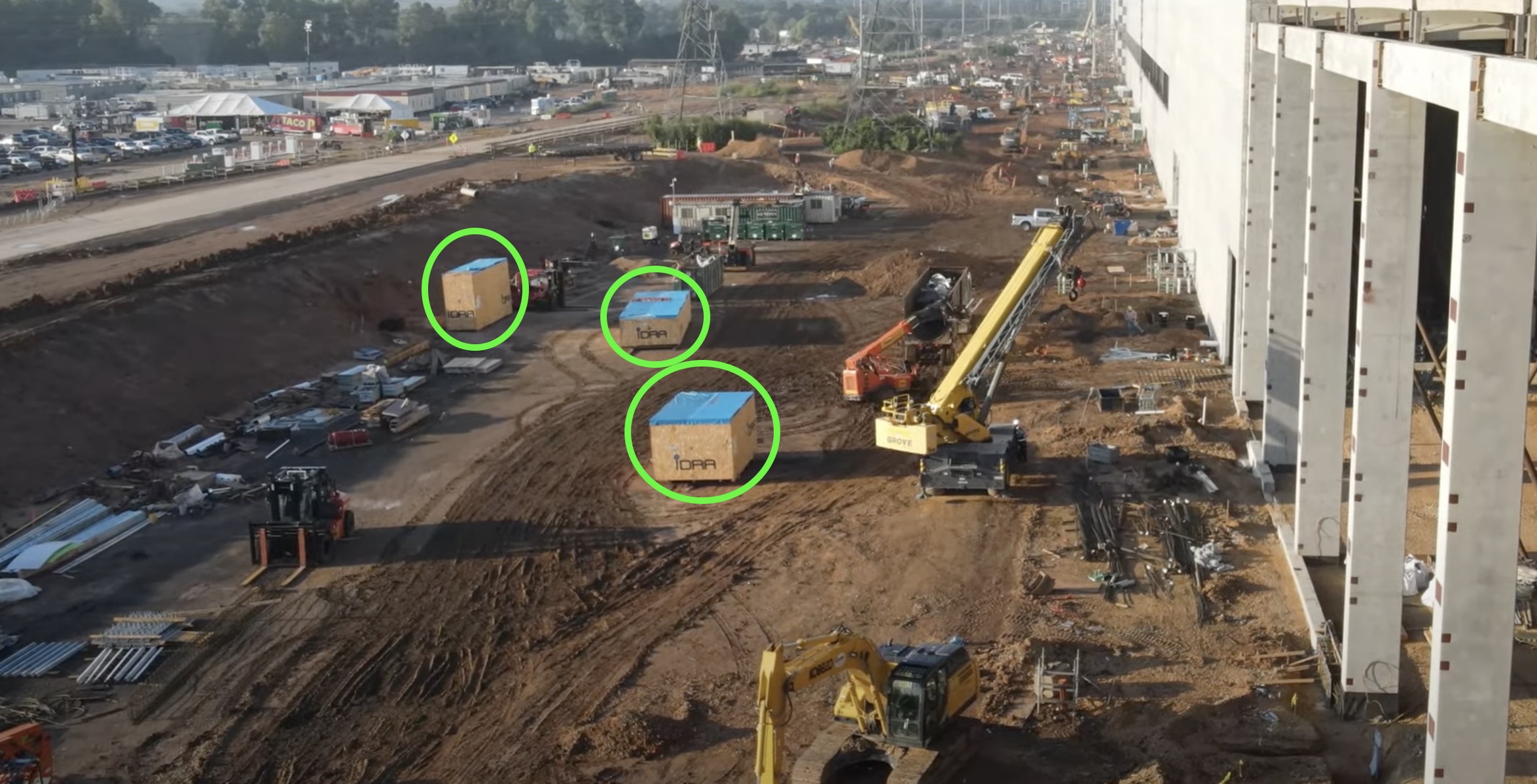 The IDRA boxes that just arrived contain Giga Texas’s third 6k-ton Giga Press for Model Y production. According to a recent video of the Tesla Texas factory, the casting machine’s place has already been prepared. The foundation for Giga Press number four is already being prepared as well.

The arrival of the third IDRA Giga Press and Tesla’s preparations for the fourth Model Y casting machine hints how Model Y production in Giga Texas is progressing. At the last earnings call, Tesla executives shared that the company hoped to start Model Y production at Giga Texas later this year.

“You can see the pictures online and see that there’s basically nothing a year ago and this — a large — a mostly complete large factory a year later. So it’s really great work by the Giga Texas team and then also great work in Berlin-Brandenburg with the team there. So we expect to be producing the sort of new design of the Model Y in both factories in limited production later this year,” he said.

Giga Texas will be making a slightly different Model Y vehicle compared to the vehicles produced in the Fremont factory. Tesla aims to produce Model Ys with both front and rear megacasts in Texas. The third and fourth Giga Press lines being prepared in the factory are most likely for a second front and rear casting line.

After Model Y production, Giga Texas will produce Tesla’s Cybertruck. The Cybertruck will be built using an 8,000 ton Giga Press from IDRA. It would be exciting to see the 8K-ton Giga Press installed at Giga Texas.

Watch one the latest videos of Giga Texas below!