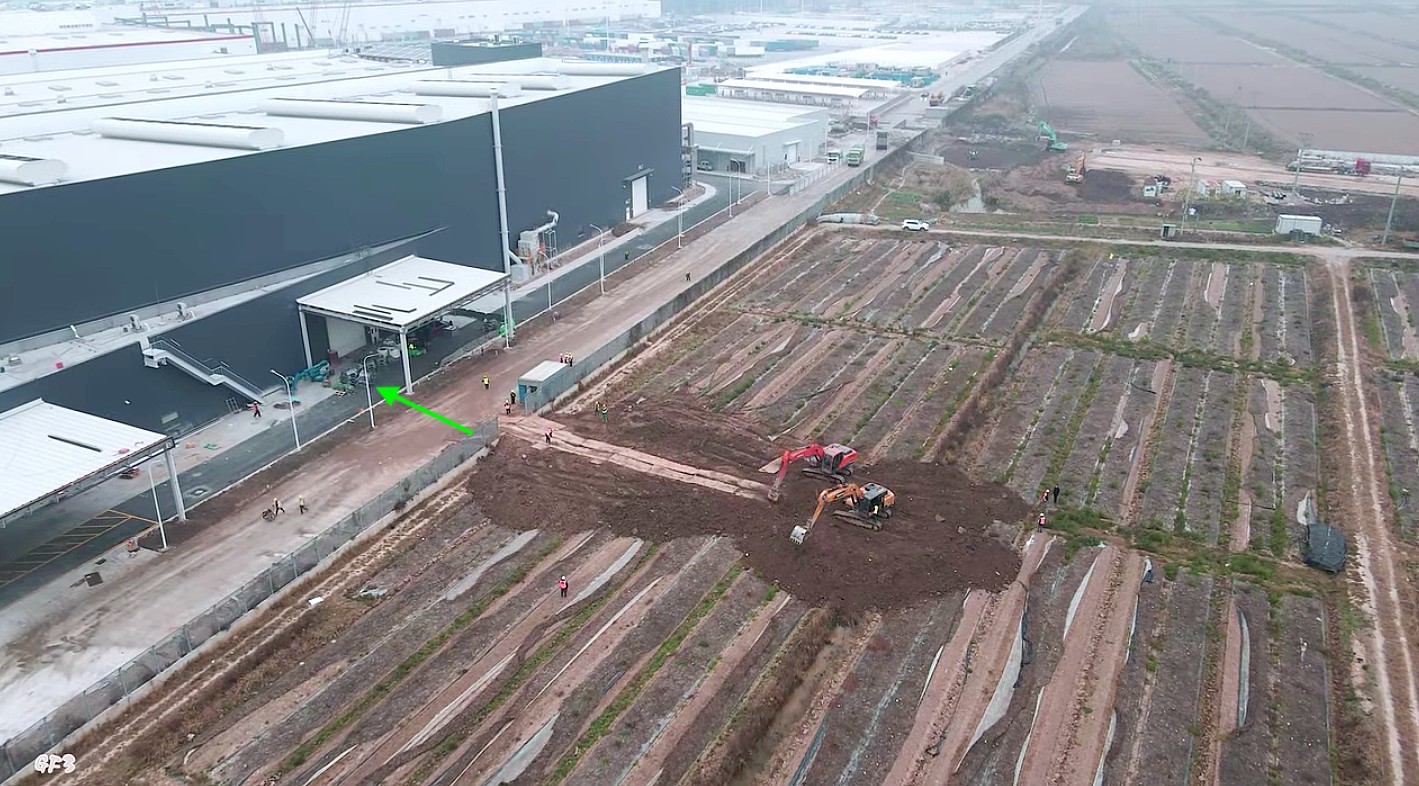 Tesla’s “Giga Press” machines in Gigafactory Shanghai appear to be operational, at least to some degree. As could be seen in recent drone footage of the Giga Shanghai complex and its existing eastward expansion, several single-piece castings for what seems to be the Made-in-China Model Y have been spotted around the facility’s grounds.

Drone operator WU WA, who has been closely following the buildout of Tesla’s Shanghai factory for a couple of years now, recently posted a video of the ongoing activities in the eastern section of the Gigafactory site. While the purposes behind the construction activities in the area remain unclear for now, speculations are abounding that the location may very well host a potential “Phase 3” area, or possibly even a Supercharger or cell manufacturing facility.

Inasmuch as the footage of Tesla’s eastward expansion in its China-based factory is compelling, the sightings of single-piece casts around the main facility are also very interesting. The fact that Tesla seems to be testing its China plant’s Giga Press machines bodes well for the all-electric crossover’s domestic ramp, as it suggests that even early production units of the Giga Shanghai-produced Model Y may utilize single-piece casted parts.

The use of single-piece casts is a key design element for the Model Y, as it is expected to optimize the all-electric crossover’s production costs to a significant degree. So far, Tesla has set up Giga Press machines in the Fremont Factory, though the company is yet to announce when it would begin rolling out Model Ys that are built with the updated parts. Reports have also indicated that Tesla will be setting up a whopping eight Giga Press machines in Gigafactory Berlin, hinting at the wide use of single-piece casts across the company’s lineup of vehicles in the near future.

As for Gigafactory Shanghai, it appears that the behemoth of a facility is nowhere near done. It may have already completed the buildout of the production sites for the Model 3 and Model Y, but the ongoing construction within the original Giga Shanghai complex, as well as the current eastward expansion, suggests that Tesla China is not yet done building its first electric car factory outside the United States.

Watch a recent video of Giga Shanghai’s eastward expansion in the video below.