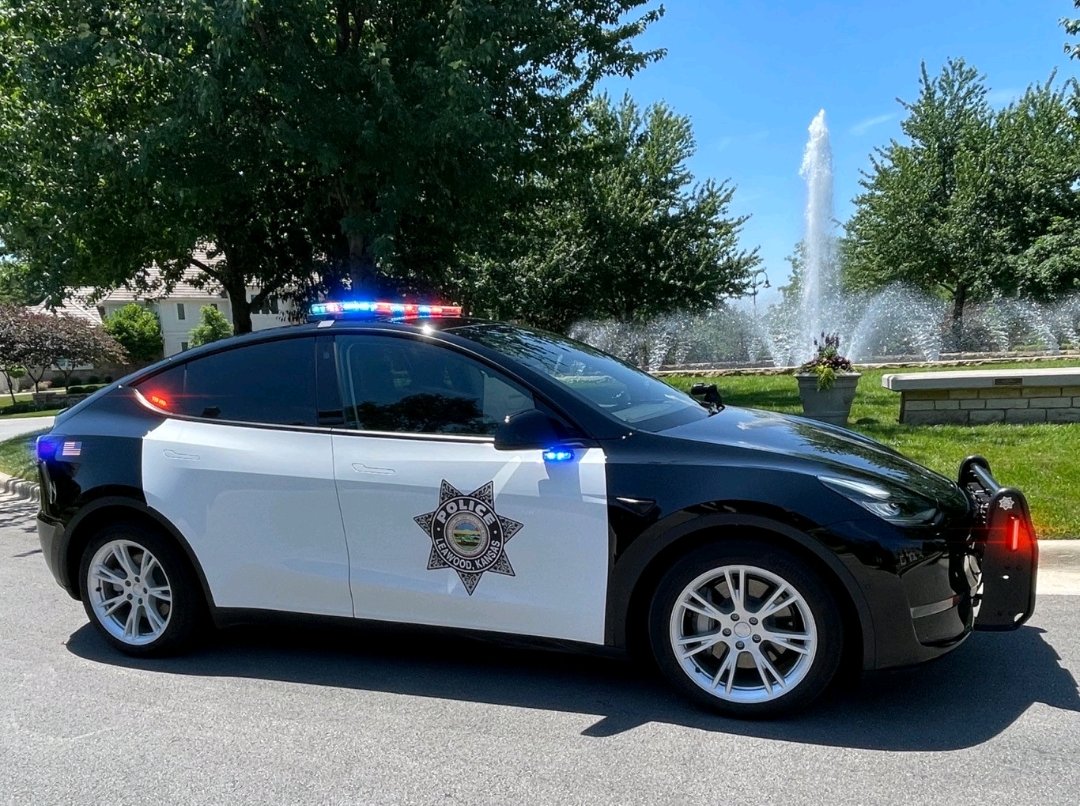 In a recent press release, the Leawood Police Department in Kansas announced that it had acquired a Tesla Model Y Long Range for its fleet. The vehicle would be used as one of the Leawood PD’s patrol cars.

The Model Y has already been painted in the Leawood PD’s black and white colors. The department noted that they started looking into the idea of an all-electric patrol car last year after seeing dismal reviews of available hybrid patrol cars.

Captain Kirt Yoder, the agency’s project manager, noted that Tesla Kansas had been quite helpful. “I ended up contacting about ten agencies from New York to California. Tesla-Kansas City was great. They were eager to help and answer all our questions,” he said.

Apart from being a green vehicle, the Model Y is also expected to give the Leawood Police Department substantial cost savings. Over a year ago, a cost comparison already showed that the department’s Ford Explorer patrol SUV would cost about $4,500 per year to run.

That was a time when the city’s gas was at $1.75 a gallon. With today’s prices, the amount required to run a conventional Ford Explorer SUV police cruiser would likely be much higher.

In comparison, the Leawood Police Department estimated last year that the Tesla Model Y would require about $648 per year in energy costs. This estimate was based on the 2021 cost of $0.08 per kWh.

With such savings on the table, it was no surprise that the Model Y purchase for the Leawood PD was unanimously approved by the Leawood City Council. Overall, the Leawood PD expects the Model Y to have a four-year service life, a year longer than the Ford Explorer SUV that it replaced.

Captain Yoder, for his part, noted that some members of the Leawood PD are excited to try out the Model Y, even if it’s smaller than the Ford Explorer that it’s replacing.

“I think electric vehicles are going to be the future, and this is going to be a good foundation for us. Some officers have concerns because this is a smaller vehicle and the extra equipment (of a patrol car) eats into their work space, but others are excited for the new technology,” he said.