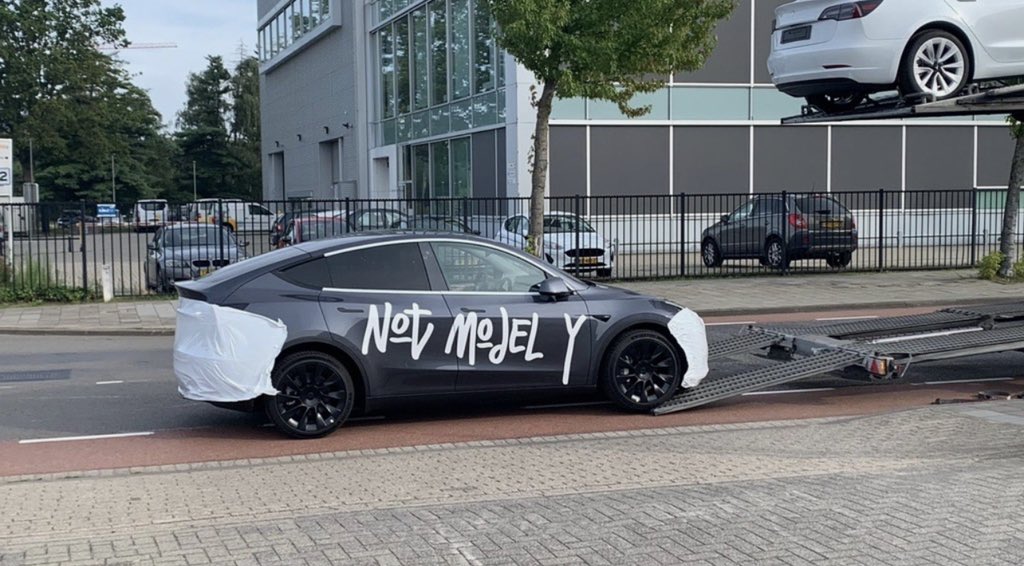 Tesla’s ‘Not a Model Y’ lands in Europe

Tesla’s Model Y, or not so Model Y, has finally landed in Europe after some speculation on whether the all-electric crossover would arrive on the continent ahead of production at Giga Berlin.

Last week, we reported that Tesla was sending Model Ys produced at the company’s Giga Shanghai production facility in China to Europe ahead of Giga Berlin’s initial production phases. These reports were based off of Tesla’s Account Manager in Munich stating that the Model Y had arrived in Europe and Tesla ship trackers stating that ships were headed toward European import docks.

After “Not a flamethrower” the “not model y” has landed in Europe.
Picture credit @flcnhvy

Can’t wait for our “Not Model Y” to arrive in not 11 days@elonmusk pic.twitter.com/VNPkNRegt6

The Model Y is Tesla’s best-seller at the moment, and Europe is known for crossover-style vehicles being popular in its market. Combine that with Europe’s reputation as an EV-heavy market, and the Model Y will thrive. Initially, Tesla stated the Model Y would not arrive in Europe until Giga Berlin was ready to begin production. But with CEO Elon Musk stating that the European plant is slated for October production earlier this week, it seems the automaker is aiming to get units from Giga Shanghai to Europe as soon as possible.

Along with the reports of several European-located Model Y owners stating their deliveries are slated for later this month, it is safe to assume Tesla will export Model Y units from China to Europe until Giga Berlin production ramps.

Tesla’s ‘Not a Model Y’ lands in Europe