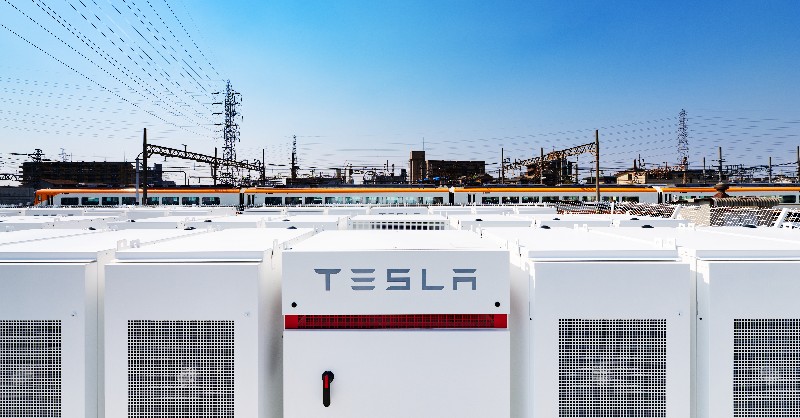 Tesla’s Powerpack commercial energy system has been quietly reduced in price from around $170,000 to $125,000. This significant reduction in cost comes just hours before Tesla’s Battery Day event is set to commence at 1:30 PM PST.

Before the reduction in price, the Powerpack was $172,000. It’s 232 kWh system broke down to about $741 per kWh. With the new, lower cost, the price has been brought down to just under $539 per kWh, including the commercial inverter required to operate the system.

When buying a 40 kW solar panel infrastructure from Tesla and adding a Powerpack, the cost is about $213,000 before government incentives. After incentives, the price is significantly reduced to around $92,000, which brings the pricing to an increasingly competitive rate.

Unfortunately, the Powerpack has to be purchased and is not available with the Subscription program that Tesla offers with its Solar Panels.

The Powerpack is one of Tesla’s commercial energy storage devices and is often used by areas and businesses responsible for supplying power to a large number of people.

The Powerpack works with solar panels to capture and store excess energy that is not needed for immediate use. Several different entities around the world use the large battery for the prevention of complete power loss during an outage. The Powerpack has been installed in various countries worldwide, including Australia, Qatar, and Japan.

Additionally, the Powerpack systems have been used by Volkswagen to keep their fleet of Electrify America EV chargers up and running.

The system has proven to save many businesses substantial sums of money. The University of Queensland in Brisbane, Australia, saved nearly $74,000 in electric bills in three months at the beginning of 2020 thanks to the Powerpack.

However, that is a relatively small amount of money compared to the Big Battery in South Australia, which generated around $4 million in revenue during Q4 2019.

As the Battery Day event looms and sits just a few hours away, the quiet reduction in price is a crucial indicator that Tesla’s pricing for its energy storage systems is becoming more affordable. The mass-production of cells will ultimately decrease the costs of all of Tesla’s products, including its vehicles and energy storage solutions.

What will be revealed by Elon Musk and Company at the event remains unknown. But one thing is for sure: the hype surrounding the event is real, and the quiet reduction in the price of the Powerpack could be the first big announcement of Tesla’s battery cell improvements.