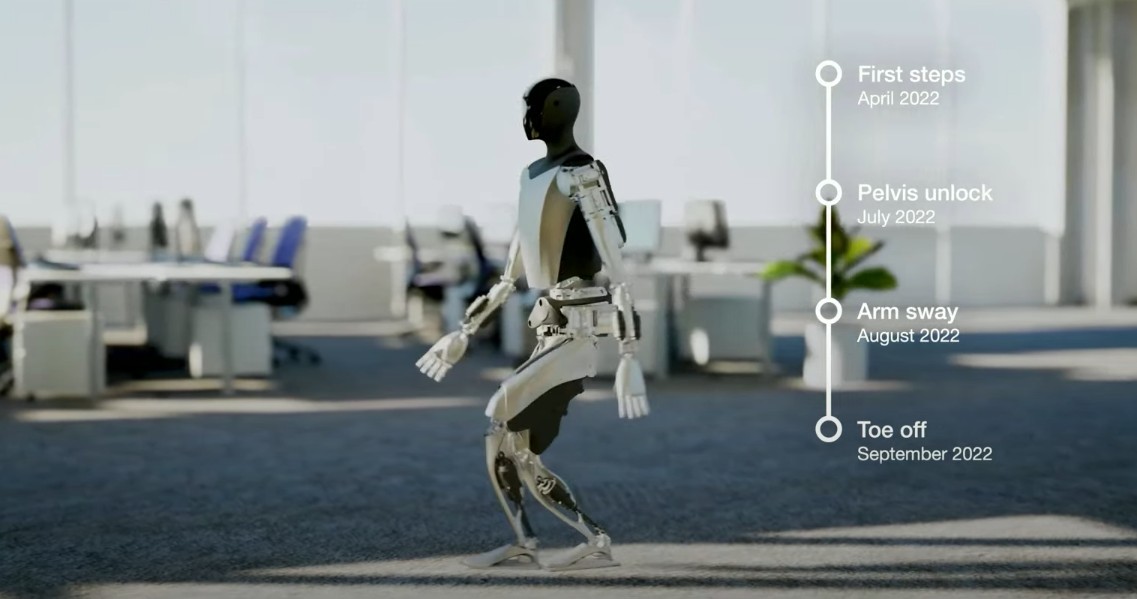 Tesla discussed a number of key technical topics during AI Day 2022, but the center of the show was definitely the Optimus Bot. Tesla unveiled two prototypes of its humanoid robot onstage, and both were quite impressive in their own right. Even more exciting, however, was Optimus’ tentative specs, which were shared during the event.

“Bumble-Cee,” the Optimus bot’s development platform, was able to walk and dance onstage without human assistance. But while it was impressive, “Bumble-Cee” is costly since it’s made with off-the-shelf components. A second bot, complete with a Tesla Texas belt buckle, was closer to the humanoid robot’s production version, and it’s designed to be produced en masse.

Optimus builds on everything that Tesla has worked on over the years. As such, it was no surprise that Tesla would be using its own battery tech on the humanoid robot. Optimus will be equipped with a 2.3 kWh battery pack with integrated electronics, which should be perfect for a full day’s work. It also consumes about 100 watts of power sitting down and 500 watts when walking briskly.

Optimus’ brain would tap into Tesla’s experience in chip design. Thus, each humanoid robot will have 1 Tesla SOC. For connectivity, Optimus will be both Wi-Fi and LTE capable. This should make it fairly simple for Tesla to update and improve Optimus’ performance over time, similar to the company’s all-electric cars.

While Optimus is smaller than the company’s vehicles, the humanoid robot actually presents a lot of challenges due to its design. Tesla notes that Optimus will have 28 structural actuators that help its body achieve over 200 degrees of freedom. Its hands will have 11 degrees of freedom, allowing the humanoid robot to move very similarly to a human.

Tesla CEO Elon Musk noted that Optimus is designed to be a mass-market product. Thus, it would be priced accordingly. The CEO estimates that Optimus would cost less than the company’s electric cars, or about less than $20,000.