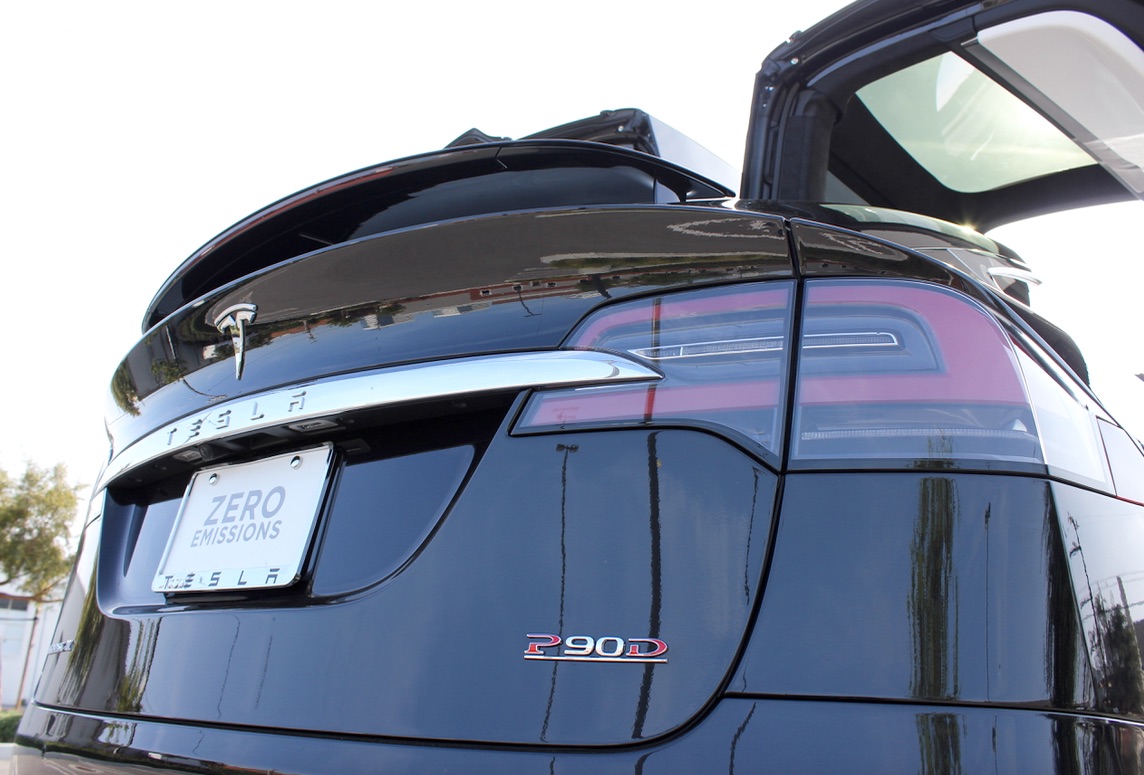 The Model X 70D has been deleted from the Tesla Motors website. What does that mean? Here are some ideas for your consideration.

Keen-eyed observers from the Tesla Motors Club forum have noticed that the 70 kWh battery pack option for the Model X has been recently removed from Tesla’s website. Scrolling down towards the Model X Specs section, readers will no longer see any mention of the 70D, nor the 90D. However, historical screenshots from archive.org as noted by TMC members will reveal that the lowest-priced 70 kWh version of the electric crossover once existed on the Model X page.

The omission has led to much discussion and speculation that a rumored 100 kWh P100D may be revealed sooner than we expect, perhaps as early as this week’s Model 3 unveiling. 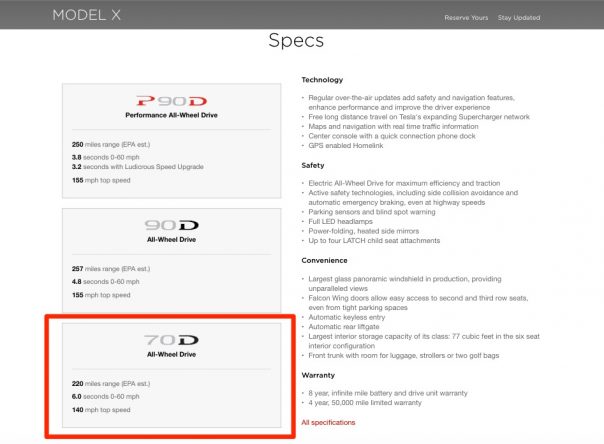 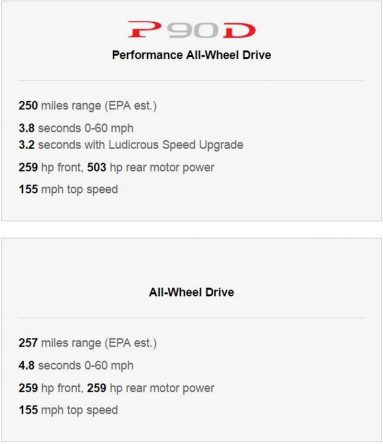 When the Model X was first unveiled back in September of last year, Elon Musk mentioned that the entry level version would have “something like” a 70 kWh battery. Later, that option was added to the Model X configurator and the company started accepting orders for a Model X 70D, though none have been built.

According to data collected by ModelXTracker.com, 93% of Model X orders are for the 90 kWh 90D and P90D leaving only 7% of orders placed for the 70 kWh battery option – provides further speculation that Tesla may have removed the 70D due to unpopularity. A similar action was taken by Tesla on the Model S 40 kWh option when it began taking initial orders in 2012. In 2013, Tesla discontinued the 40 kWh battery due to lack of demand, leaving both a 60 kWh version and the 85 kWh pack as available options.

Tesla is not known for making announcements around the removal of vehicle options, presumably to deter prospective buyers from deferring purchases for something newer. But with battery prices coming down and data suggesting low demand for smaller pack sizes on the Model X, it makes sense for Tesla to constantly improve upon battery specifications, and the options made available to consumers. Not only that, offering a longer range battery keeps the pressure on Tesla’s rivals to up their game.