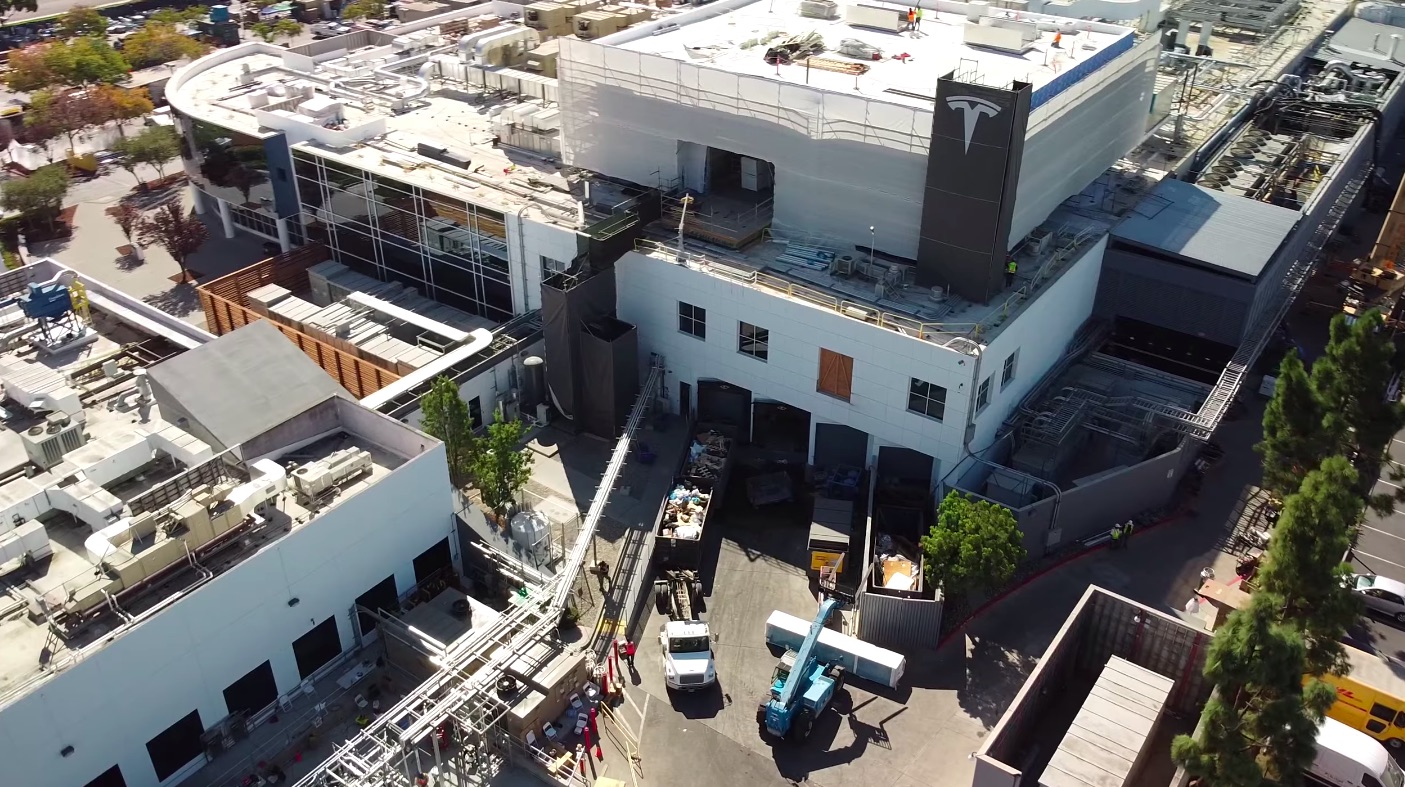 In the days leading up to Battery Day, Tesla’s Roadrunner site was cleaned up seemingly in preparation for the event, which involved a visit from some of the company’s shareholders. A recent flyover of the location has now revealed that the pilot battery cell production site is back to its typical busy form, with the facility showing lots of ongoing, visible work.

The observations were recently shared by Tesla enthusiast and drone operator Gabeincal, who has been documenting the progress of the Roadrunner site, which holds the pilot production line of the company’s custom 4680 battery cells. During Battery Day, Tesla executives remarked that the pilot line in Kato Road is expected to hit an annual output of 10 GWh when ramped, or about a quarter of Gigafactory Nevada’s output today.

So far, speculations are high that the pilot line of Tesla’s 4680 cells would be enough to support the production of low-volume vehicles like the Model S Plaid, which is expected to be released late next year. Considering that the work in the Kato Road site appears to have resumed fully, however, there seems to be a fair chance that Tesla’s first 4680 cell-equipped electric car may be released earlier than expected.

Apart from the busy Roadrunner site, the drone operator also observed that the Fremont Factory seems to be in full throttle, with a large number of vehicles being situated in the facility’s holding lots. What’s more, the “Giga Press” machines being set up on the facility’s grounds seem to be nearing operations.

As observed by the drone operator, the first “Giga Press” now has a chimney of sorts, and while there is no sign that the machine is already producing single-piece rear casts for Model Ys that are being produced, the massive unit seems to be nearing deployment. The second “Giga Press” machine, on the other hand, seems to be getting ready as well, though it is still exposed to the elements, unlike its sibling.

Overall, the activities in the Fremont Factory and the Roadrunner site suggest that Tesla is not letting up this fourth quarter. The electric car maker seems to be intent on pursuing its goal of delivering 500,000 vehicles for 2020, which means that over 180,000 cars have to be handed over to customers this fourth quarter alone. This has never been done by the electric car maker, considering the company’s current initiatives, Tesla may actually have a shot at its self-imposed target.

Watch the recent flyover of Tesla’s Roadrunner site and Fremont Factory in the video below.