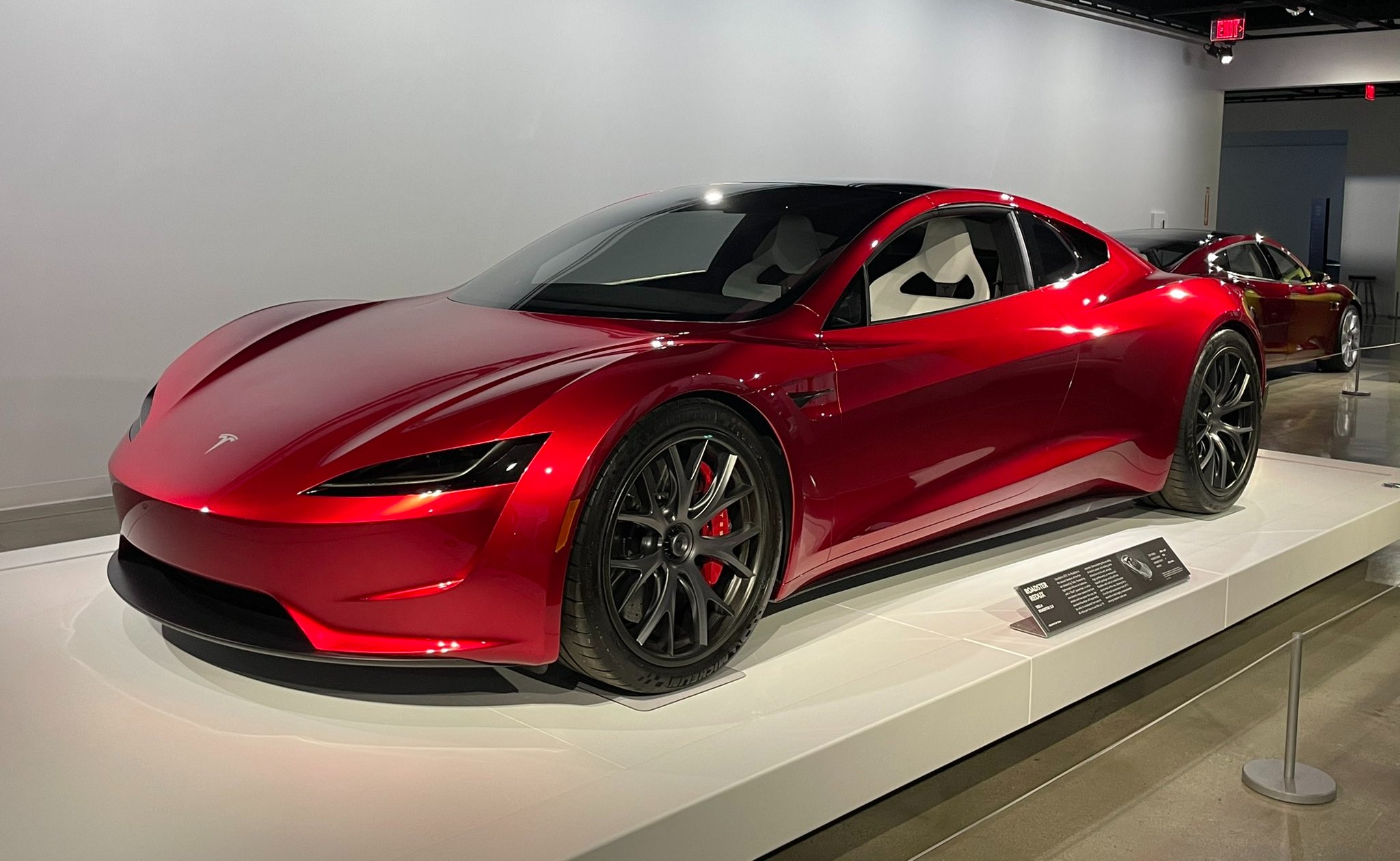 Initial images of the all-electric supercar posted yesterday revealed that the Roadster did not have an official information panel from the Petersen Auto Museum yet. As a placeholder, the museum only noted that the vehicle was a new arrival, and that its signage was “in progress.” The information panel was placed later during the day, as evidenced by images of the vehicle taken at night.

It was then that avid Tesla enthusiasts noticed something shocking that was seemingly disclosed about the new Roadster, or more specifically, the next-gen Roadster’s SpaceX Package. As per the Petersen Auto Museum’s information panel, the Tesla Roadster SpaceX Package would be capable of accelerating from a standstill to 60 mph in 1.1 seconds.

Following is the new Roadster’s information panel recently put up at the Petersen Auto Museum.

“Unveiled in 2017, the Roadster is the second iteration of the first car released by Tesla. Powered by lightweight lithium-ion batteries and a ‘Plaid’ powertrain, in which one electric motor powers the front wheels and two power the rear, the standard Roadster will reportedly be able to accelerate from zero to 60 miles per hour in as little as 1.9 seconds.

“Demonstrating the versatility of electric power and adding extra distinction to the car’s already high performance, an announced SpaceX Package would outfit the Roadster with cold air thrusters positioned at the rear, allowing for a 0-to-60-mph acceleration time of 1.1 seconds—a rate largely unprecedented among road cars.”

yes they did! i was there at 1pm today and it was like this pic.twitter.com/mXuyLrqFXY

Interestingly enough, this is not the first time that the Roadster SpaceX Package was associated with a 1.1-second 0-60 mph time. Last year, Jason Fenske, the host of YouTube’s Engineering Explained, estimated that the Roadster with cold gas thrusters could, at least in theory, reach highway speeds in 1.1 seconds. The YouTube host also speculated that at such speeds, the next-generation Tesla Roadster would generate about 2.5 Gs of force from a standstill.

Even more interestingly, the YouTube host’s 2.5 Gs estimate was very close to a figure mentioned by Elon Musk back in 2019. During an appearance at the Ride the Lightning Podcast, Musk mentioned that the Roadster SpaceX Package would generate about 3 Gs of thrust, matching a space shuttle launch.