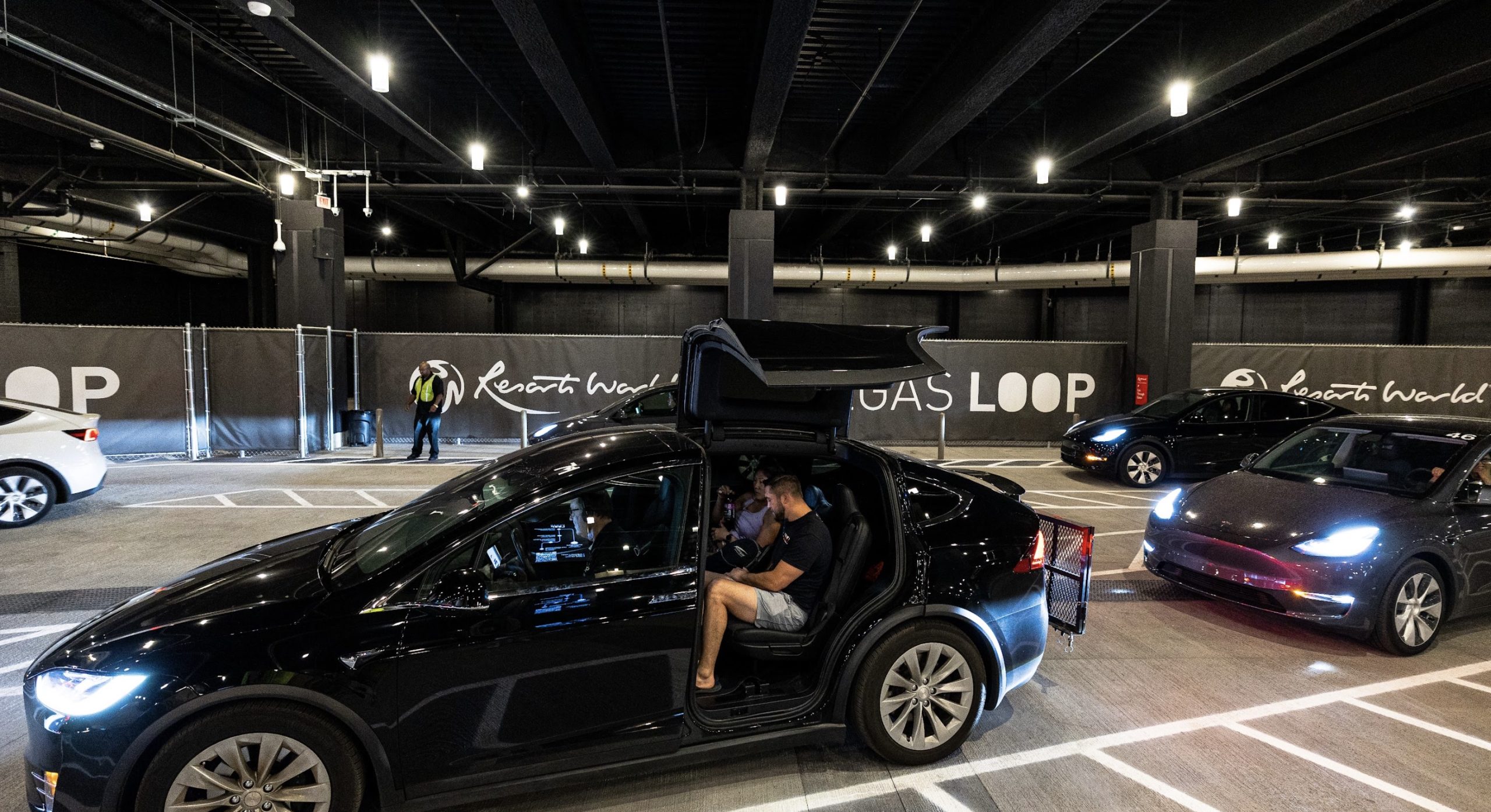 Steve Hill, president and CEO of the Las Vegas Convention and Visitors Authority (LVCVA), has shared some interesting tidbits about The Boring Company’s plans for the rollout of its self-driving Tesla fleet for its Las Vegas tunnels. Hill noted that while the entire system would likely not be self-driving by the end of this year, tests involving some autonomous cars should begin soon.

Initial renders of The Boring Company’s Loop system showed sleek tunnels with futuristic high-capacity vehicles traveling from one station to another autonomously. Yet for now, the Las Vegas Convention Center Loop and the Resorts World station operate using manually-driven Teslas that can hold about three passengers per vehicle. This has caught some mockery from Elon Musk critics.

“We are certainly headed toward an autonomous system. We said at a (LVCVA) board meeting a month or two ago that our goal was, by the end of this fiscal year, to have some amount of autonomous driving happening in the system,” Hill said.

Elon Musk has mentioned recently that the Las Vegas Loop’s Tesla fleet may use FSD later this year. In this light, Hill noted that one vehicle at a time would be switched to use Tesla’s full self-driving system. And even at this point, they will still be using safety drivers until it can be proven that the vehicles can operate safely and adequately on their own. Only at this point will the drivers be removed.

“I don’t think we’ll be fully autonomous by the end of this calendar year, but we think we’re in a position to start testing autonomy relatively soon,” the LVCVA president said.

High-capacity vehicles for the Loop system will also be coming in the future. As it turned out, the advent of the pandemic during the buildout of the Las Vegas Convention Center Loop helped push officials to hold off on high-capacity vehicles. Teslas that carry three people are safer, after all, than a vehicle that carries 12 passengers during a pandemic.

But once the system expands and as FSD is rolled out to the Loop’s fleet, The Boring Company’s high-capacity vehicles are expected to be released. Hill noted that Elon Musk’s “Robovan” could be a good candidate for the Loop system’s high-capacity vehicles. Musk did note that Tesla’s Robovan will be highly configurable, so designing a version of the vehicle for The Boring Company’s Loop system should be no problem.

“You may have seen Elon tweeted out that he is working on a higher capacity vehicle, and it’s able to be modified for different applications. We think something along those lines, a version of that will be a part of this system,” Hill said.

For now, however, Hill told the Review-Journal that the current Tesla fleet deployed on the Las Vegas Convention Center and Vegas Loop is already useful. “You can use those higher-occupancy vehicles when you have a group of people who want to go from one place to the same place. Often folks don’t. The ability to have an individual car for people who want to go someplace different from where everybody else is going is an important aspect in the system. The higher occupancy vehicles will be helpful, too,” he said.