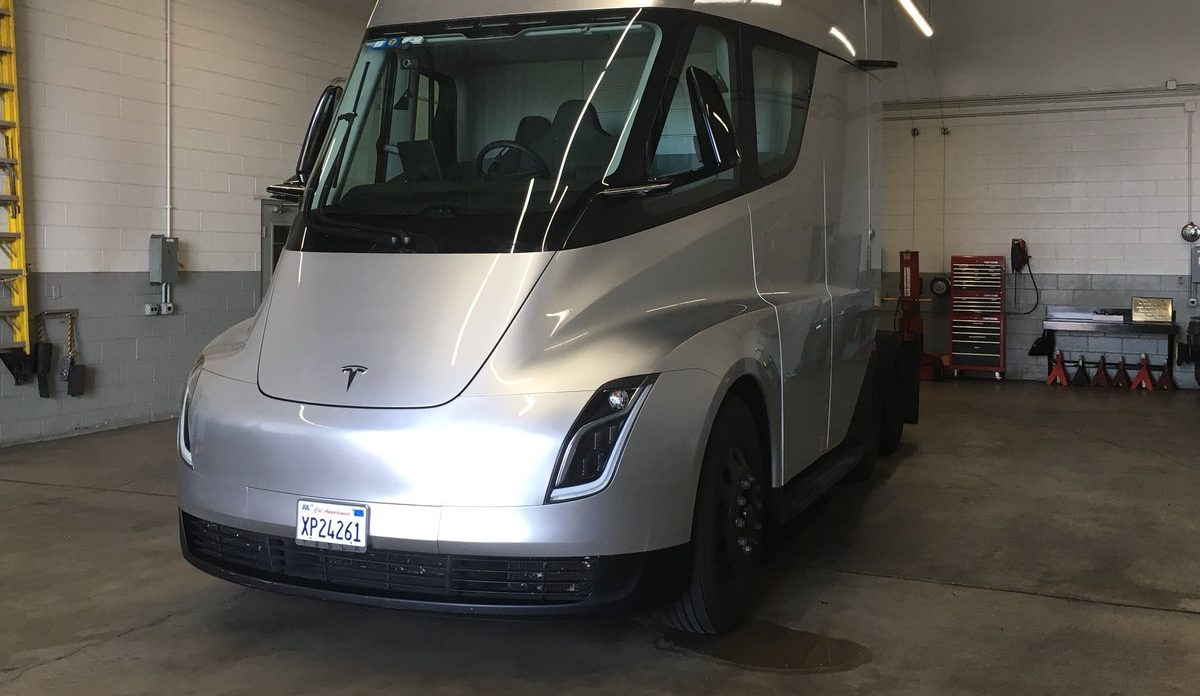 Tesla Semi glides over to Addison, IL for hands-on time with UPS employees

Not long after visiting J.B. Hunt’s headquarters in Arkansas and getting spotted at Chicago’s Rolling Meadows Supercharger, the Tesla Semi has been sighted visiting UPS’ hub in Addison, IL. Just like its previous visits to the facilities of other reservation holders, UPS employees were given a chance to get some hands-on experience with the electric long-hauler.

Images and video clips of the Semi’s visit to the UPS Addison hub were uploaded by the parcel service’s official Twitter account in the state, @IllinoisUPSers. Pictures of the event uploaded on Monday show that Tesla’s VP for Truck and Programs Jerome Guillen accompanied the vehicle during its visit as well. One of the videos uploaded by UPS further referenced “rides,” which suggest that Tesla might have given some lucky employees a chance to experience the Semi firsthand.

That Tesla tractor is one smooth ride… #electricvehicles #susty pic.twitter.com/bobY6Wfrpr

Shining it all up before the rides begin. pic.twitter.com/ueQeJ4x74n

Tesla appears to be starting its push for the Tesla Semi to its reservation holders. As of the Q1 2018 earnings call last May, Tesla has revealed that it has around 2,000 pre-orders for the vehicle. The company has not announced an updated number of reservations for the Semi yet, though Tesla did state during the Q2 2018 earnings call that the electric truck had now been given several improvements since its unveiling last year. Real-world tests of the vehicle are continuing as well, with the all-electric truck being spotted across several states in the US.

While there have been numerous sightings of the Semi since the vehicle was unveiled last November, the recent batch of sightings also indicates that Tesla personnel accompanying and operating the truck are now very willing to answer questions about the vehicle. As noted by Tesla enthusiast @Rec1pr0city on Twitter, the company’s employees answered every question about the Semi and openly allowed photos to be taken while the truck was making a stopover at Rolling Hills Supercharger in Chicago. Coupled with what appears to be an increasing frequency of visits to reservation holders, it appears that Tesla is now starting to increase its push for the electric truck. 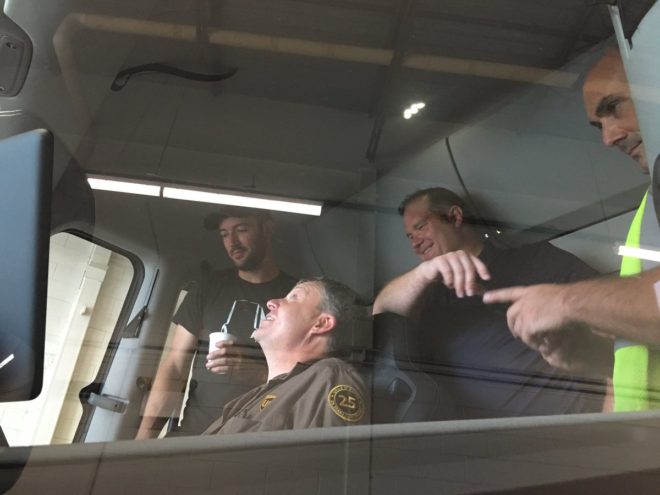 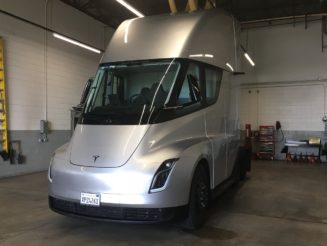 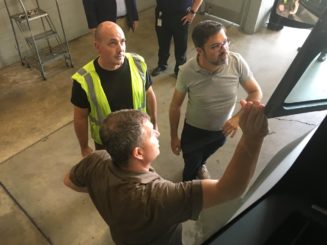 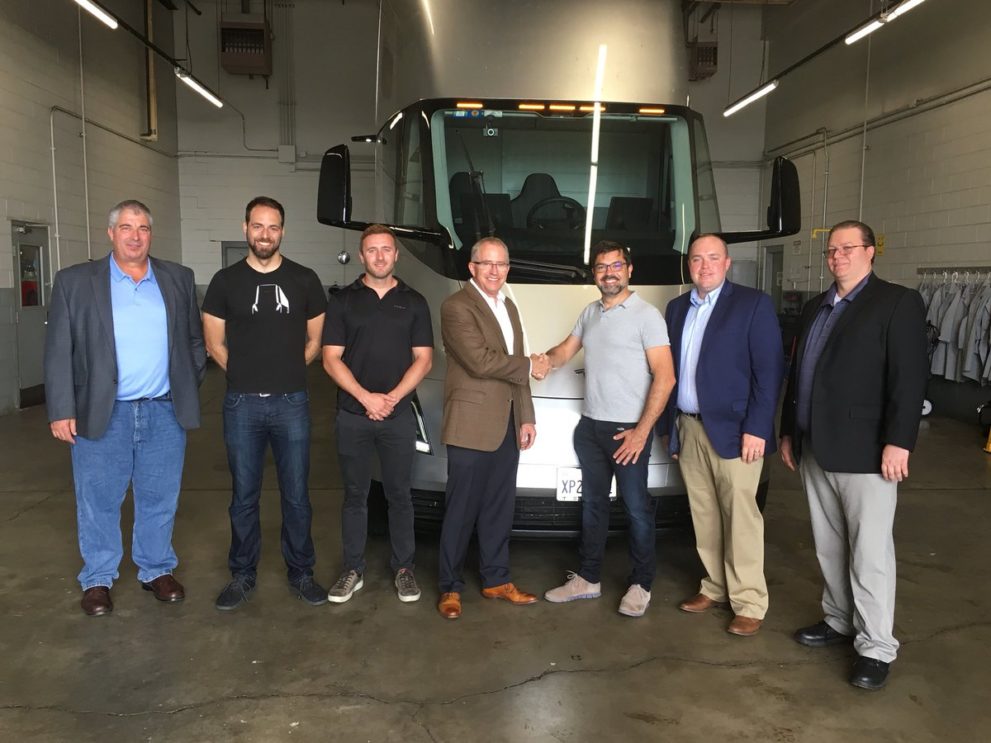 The Tesla Semi could very well be the company’s most disruptive vehicle in its lineup. The American trucking industry is vast, responsible for handling the transportation of up to 71% of food, retail goods, construction supplies, as well as other cargo delivered to customers and businesses every day — and it continues to grow by the year. In 2017 alone, the US trucking industry generated $700.3 billion in economic activity, a 3.5% increase compared to the $676.6 billion it made in 2016. This is a market that Tesla could tap into with the Semi.

That said, there remains a number of dedicated doubters who are betting against the Tesla Semi. In a recent statement to Bloomberg, Jon Mills, a spokesman for Cummins Inc., a prominent engine-maker, argued that all-electric trucks like the Semi still have a long way to go before they can be considered as a real competition for diesel trucks. Allen Schaeffer, executive director of the Diesel Technology Forum trade group, is also highly skeptical of the Semi’s quoted specs and operating costs. According to the diesel veteran, Elon Musk’s quotes for the Semi’s estimated $1.26 per mile operating cost have no proof.

The Tesla Semi might look very sleek and futuristic, but it is a vehicle designed from the ground up to be a tough machine. The Semi is equipped with four Model 3-derived electric motors, which give the vehicle instant torque and a 0-60 mph time of 5 seconds without cargo. The long-hauler is also classified as a Class 8 truck, which allows it to haul as much load as conventional diesel trucks. Tesla also listed a range of 300-500 miles per charge for the Semi, though Elon Musk has since noted that the truck’s long-range variant would probably have closer to 600 miles of range per charge.

Tesla Semi glides over to Addison, IL for hands-on time with UPS employees