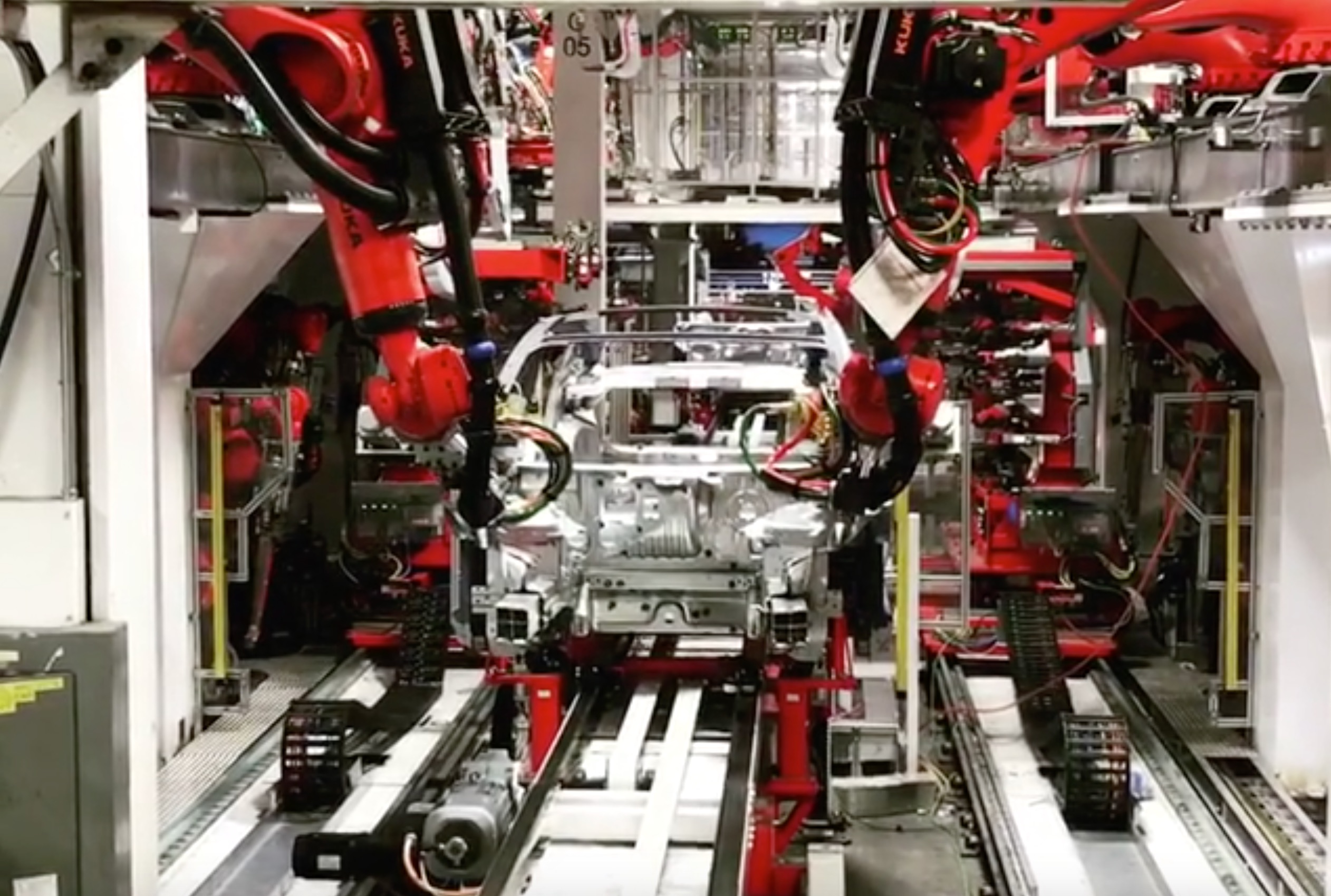 Tesla CEO Elon Musk described how the California-based electric car and energy firm is currently utilizing a semi-automatic battery production line for the Model 3. During the companys Q4 earnings call, held after Wednesday’s closing bell, the Tesla CEO expressed his optimism for the next few months and expressed his confidence in the company’s ability to manufacture 5,000 Model 3 per week by the end of the second quarter.

Musk was particularly focused on the automation of the Model 3 line. Responding to a question about the company’s capability to hit its production target of hitting 5,000 vehicles per week, Musk stated that it is only a matter of time before the manufacturing line of the mass market compact sedan would hit optimal rates. For now, however, Tesla is retaining a semi-automated production line, which includes a mostly automated process that’s is overseen by a human.

“The new automated lines will arrive next month, in March. It’s working in Germany. It’s going to be disassembled, brought over to the Gigafactory, reassembled and put into operation at the Gigafactory. It’s not a question of whether it works or not; it’s a question of disassembly, transport, and reassembly. So expect to alleviate that constraint. Alleviating that constraint, that’s what will get us to roughly 2,500 per week production rate.”

Musk stated that battery production was really one of the leading causes of the backlogs in the car’s manufacturing, admitting that Tesla had been a bit too confident in its ability to deliver batteries for the car on such a scale with such a limited timeframe.

“Module production is fundamentally the limiting factor on Model 3 output, which is ironic, since battery modules really should be the thing that we’re best at. I think that we were probably a little overconfident, a little complacent in thinking that this is something we know and understand, and… just got too comfortable with our ability to do battery modules,” Musk said during Wednesday’s earnings call.

Once Tesla receives the automated manufacturing equipment from its German-based Automation division, Musk noted that the next constraint will be the set up of the machine’s software. It’s not until the machines are fully configured and operating on its own will Model 3’s production rate hit the 5,000 per week rate, something the serial tech entrepreneur is confident they can achieve.

Tesla’s Q4 2017 earnings report showed a fourth-quarter earnings loss of $3.04 per share, meeting analyst estimates of a $3.12 per share loss. Revenue was $3.29 billion versus an estimate of $3.3 billion. During the fourth quarter, Tesla was able to deliver 1,542 Model 3 to reservation holders.