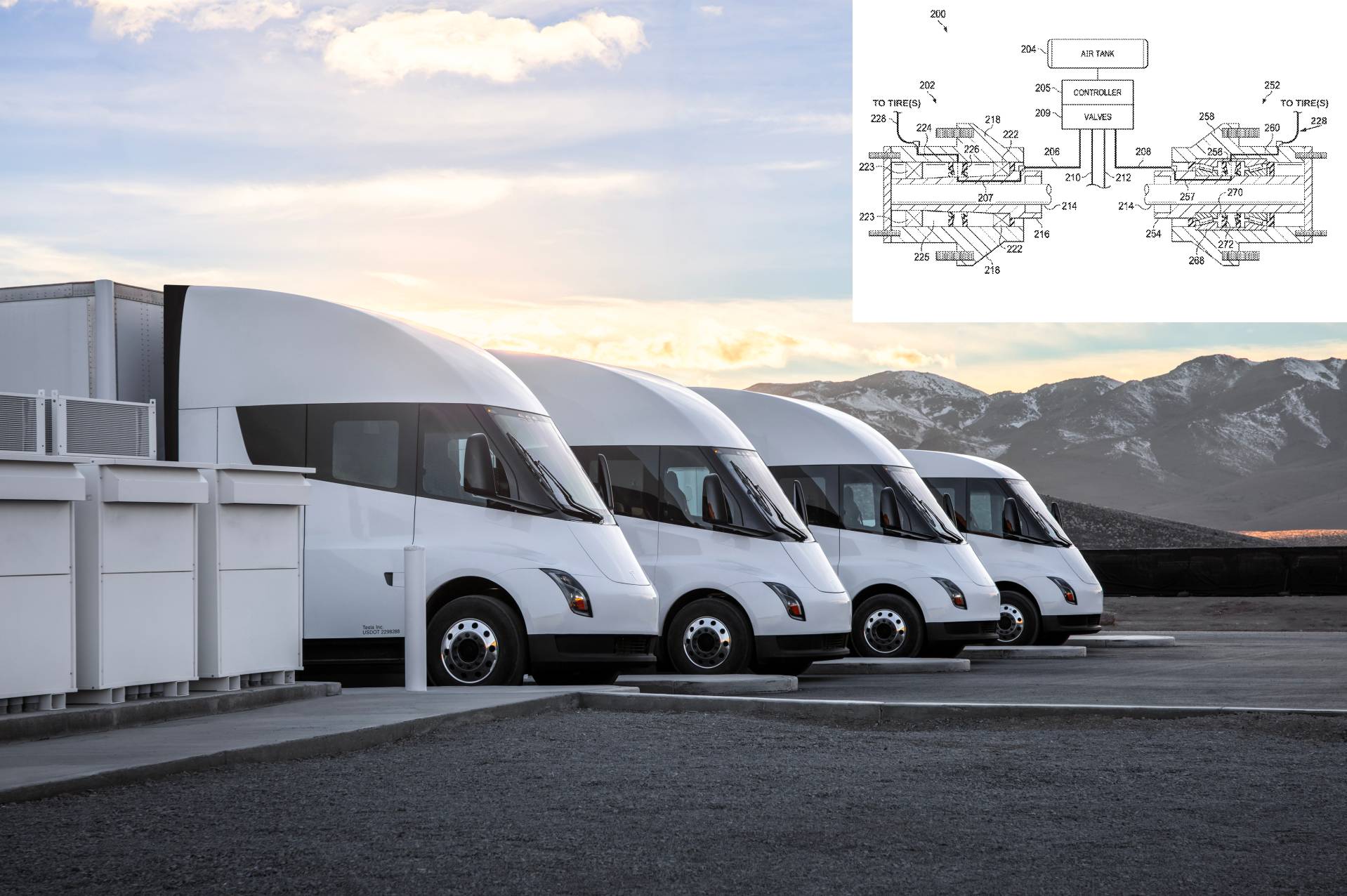 Tesla gets patent for automatic tire inflation system for the Semi

The United States Patent and Trademark Office issued a Tesla patent, dated February 22, 2022, for a Class 8 truck. According to the abstract, Tesla’s latest patent is for an Automatic Tire Inflation System (ATIS).

While full Tesla Semi production has not yet started, some of the company’s customers are already making active preparations for the all-electric Class 8 truck. In PepsiCo’s case, the food and beverage company has already prepared the first Megacharger stations for its Tesla Semi fleet at its Modesto, California location.

Tesla gets patent for automatic tire inflation system for the Semi