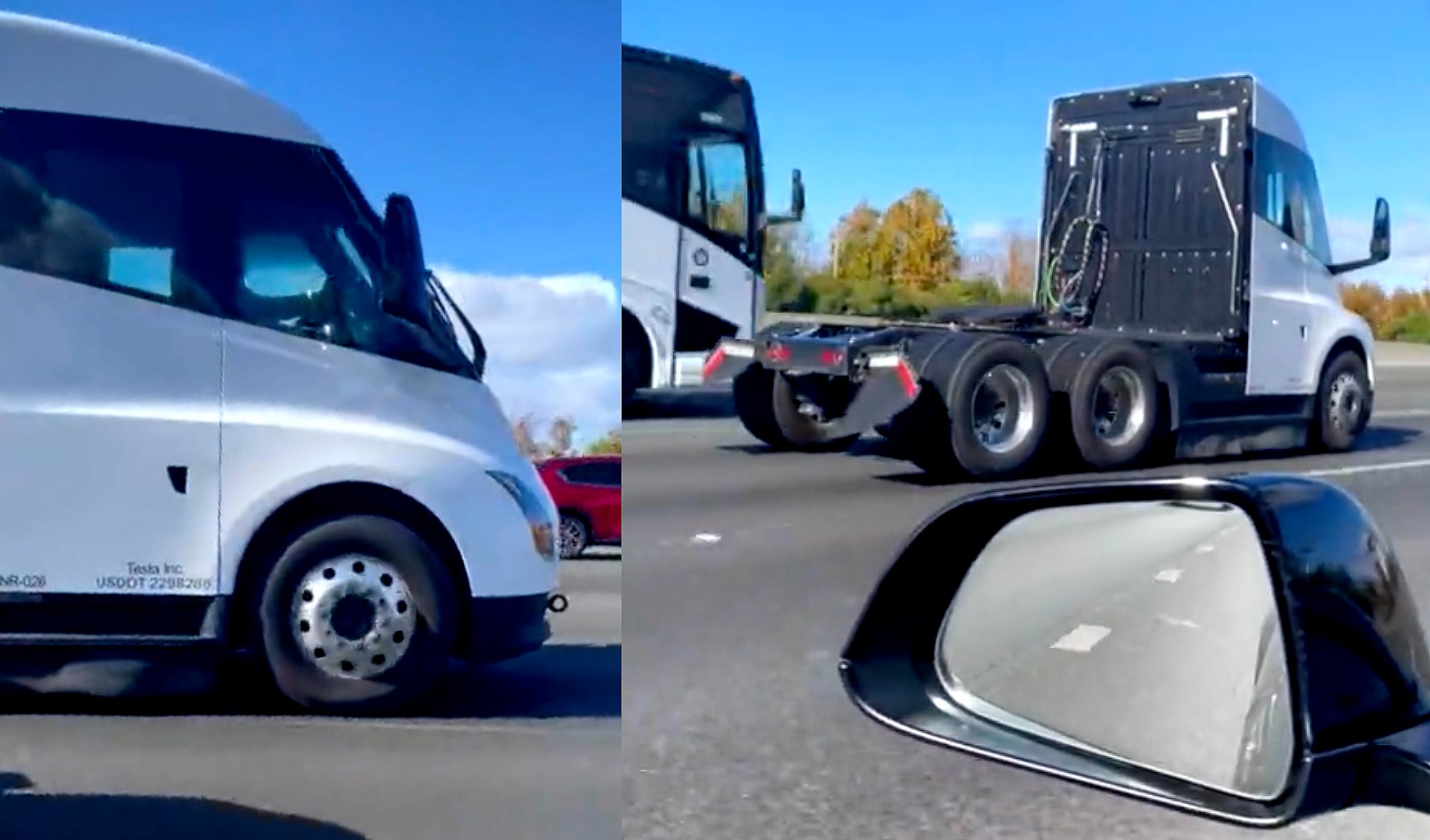 It’s only a few weeks before the Tesla Semi’s first customer deliveries. With this in mind, the electric vehicle maker seems determined to test its Class 8 all-electric truck as much as possible before it hands over the first batch of the vehicles to its customers.

Over the past weeks, sightings of what appear to be production Tesla Semi units have been reported across the United States. In one instance, a Tesla Semi with a trailer could be seen ripping through the road with astonishing acceleration. It sounded like a vehicle from science fiction while doing so as well.

More recently, another Tesla Semi unit was spotted bobtailing in the Bay area. A short video of the bobtailing Tesla Semi was shared on Twitter by electric vehicle enthusiast Elias Khoury, and in it, one could see the truck moving through the road smoothly.

The Semi driver did not seem to be pushing the truck to move as fast as possible, as evidenced by the fact that the vehicle was being overtaken by several other cars. However, it’s still pretty impressive to see such a large electric vehicle like the Semi moving smoothly on the road. If any, it does hint that the Semi is ready to be used by the companies that ordered it.

The Tesla Semi is one of the electric vehicle maker’s most delayed vehicles, with the truck being unveiled in late 2017. As per Elon Musk during the Q3 2022 earnings call, however, the wait for the Tesla Semi is almost over, as the company would be delivering the first units of the Class 8 truck to PepsiCo on December 1. Musk would be in attendance at the event.

Despite its size and the fact that it does not use Tesla’s 4680 cells yet, Musk highlighted during the call that the Semi’s 500-mile range estimate is true even when the vehicle is loaded with cargo. Tesla also plans to ramp up the production of the Semi quickly, with the company aiming to produce about 50,000 units of the Class 8 truck in 2024. This target, if achieved, would effectively make Tesla into one of the United States’ largest Class 8 truck makers.