The Tesla Semi is still being tested on the grounds of Frito Lay’s factory in Modesto, California, and employees at the facility say they have been told company use is “coming soon.”

Frito Lay, a subsidiary of PepsiCo., was set to receive the first 15 Semi units from Tesla late last year as the automaker reportedly started producing the vehicle at Gigafactory Nevada. However, the date was then pushed back to early 2022, but deliveries never took place. CEO Elon Musk then clarified that Tesla would not be releasing any additional products in 2022 due to market conditions and parts shortages, which would have the company focusing on the manufacturing of its mass-market vehicles, the Model 3 and Model Y.

PepsiCo. has an order for 100 total Tesla Semi units. The company said in late 2019 that the Semi, along with Tesla’s Solar and battery storage products, would help the company significantly decrease the amount of carbon emissions it produces during day-to-day operations.

However, new developments out of the Modesto Frito Lay facility show that the company may be preparing for the imminent inclusion of the Semi into its corporate fleet. A Teslarati reader familiar with the Frito Lay site, who wished to be identified as “Ricardo,” sent photographs of the Semi testing around the facility. 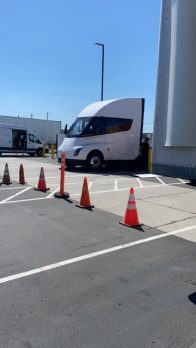 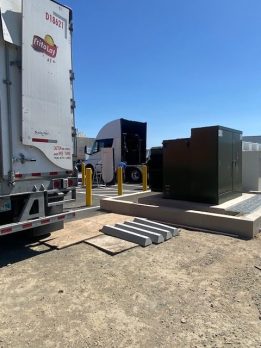 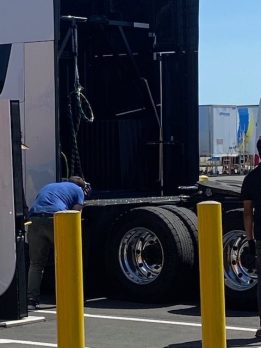 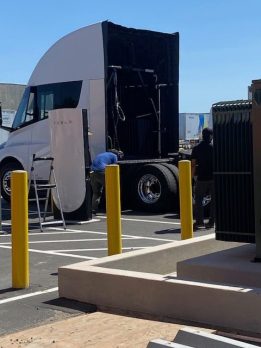 Ricardo said the Semi has been at the facility for the entire week, and other employees at the plant have indicated the all-electric truck will be “coming soon,” meaning it could be added to the company’s fleet sooner than many think.

Frito Lay did not immediately respond to our request for comment.

Tesla also was testing the Semi’s Megacharger, a Supercharger specially designed for the class-8 truck. Frito Lay now has a series of four Megachargers, one more than what was spotted there in January by The Kilowatts, so the expansion is ongoing.

The Semi was spotted on two other instances this week testing on public roads, but Tesla has done this routinely with the vehicle for several years. Spotting a Semi at Frito Lay invokes slightly more excitement due to the company’s massive order for the truck and the fact that deliveries were scheduled for six months ago but never occurred. With more Megachargers being added to the facility as well, perhaps Tesla is working toward producing the Semi in limited volumes for some of its clients in a potential redirection of company goals for 2022. While this is unlikely due to parts shortages and an already-lengthy order bank for its passenger vehicles, Frito Lay is confident the Semi is “coming soon.”