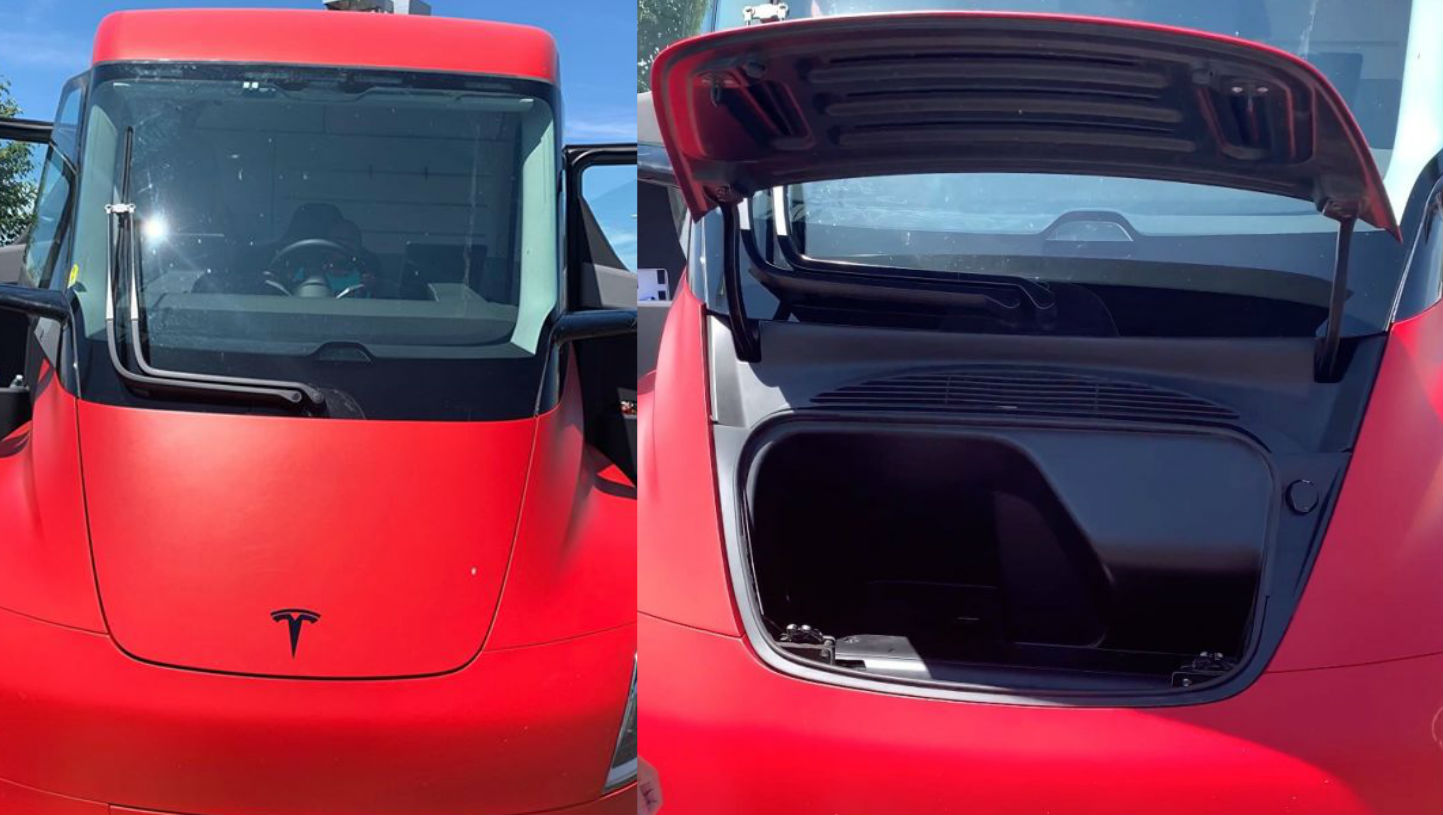 A recent sighting of the Tesla Semi has provided a rare first look at the all-electric truck’s front trunk, better known in the electric car community as a frunk. Images taken of the storage space indicate that the Semi’s frunk is actually a pretty decent size, which would allow drivers to store more items in the all-electric vehicles during their travels.

The image of the Tesla Semi’s frunk was provided by entrepreneur and Tesla enthusiast Jerome Mends-Cole, who runs SacTesla, a business that rents out electric cars like the Model 3, S, and X. Being close friends with the staff of Tesla’s Rocklin Store, Jerome received a call from the outlet informing him that the Semi will be paying a visit at the location.

Fortunately, the Tesla entrepreneur was in the area with his son. The father and son duo promptly drove over in their Model X to the Rocklin Store, where they were greeted by the massive, red-wrapped Tesla Semi. Tesla’s engineers were nice enough to let Jerome take photos of the vehicle, at one point even opening the all-electric truck’s frunk for some photos and videos.

As could be seen from images of the vehicle, the frunk of the Semi was shaped irregularly, though the Tesla entrepreneur noted that the space was generous nonetheless. In a message to Teslarati, Jerome pointed out that the Semi’s frunk looked about the same size as the frunk of the Model S or X, though the storage area appeared like it had “a potential to go deeper.”

This sizable, additional storage space in the Tesla Semi could very well be one of those small things that truck drivers would appreciate from the all-electric vehicle. While large, diesel-powered sleeper cabs have an abundance of storage areas, short-route vehicles such as daycabs don’t usually have as much places to store items. Considering that the Tesla Semi will likely be deployed mostly for short-haul routes considering the vehicle’s 300-500 mile range, the additional storage offered by the truck’s frunk would help drivers maintain an uncluttered cabin.