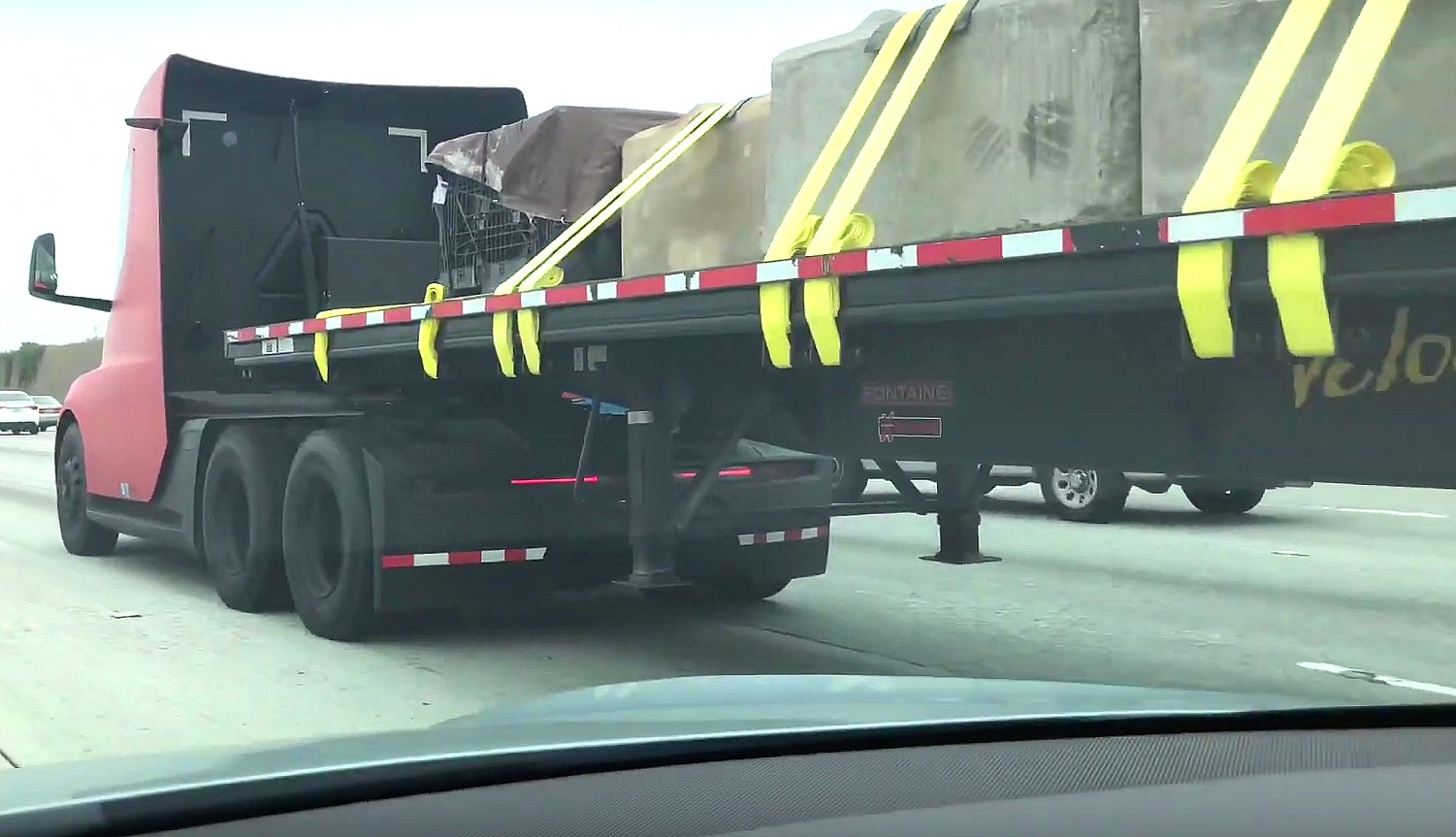 Tesla’s red Semi prototype was recently sighted on the busy 405 freeway in Los Angeles while it was conducting what appeared to be a maximum weight range test. The all-electric big rig, which was accompanied by a Tesla Model X with manufacturer plates, was hauling a trailer loaded with large concrete blocks, suggesting that Tesla might be carefully studying the all-electric long-hauler’s performance while the vehicle is transporting its maximum load.

Footage of the Semi’s recent road test was shared on YouTube by a Tesla owner, who chanced upon the prototype truck while driving at the 405. Despite its heavy load, the Semi moved in an almost nimble manner as it effortlessly accelerated and adapted to the speed of traffic in the area. By the time the Tesla owner took an exit and separated from the Semi, the all-electric truck was stealthily cruising on highway speed.

Tesla has been testing its all-electric trucks on the road since the vehicles were unveiled back in 2017. The company has two Semi prototypes, and both have been sighted on the road with and without a trailer over the past year. Both vehicles have been used by Tesla to haul cargo to and from its facilities in California and Nevada, and in the first quarter, Tesla even used its silver Semi prototype to deliver electric cars to some lucky customers.

Through these road tests, the company will be able to perform necessary adjustments and refinements to the vehicle, ensuring that the production version of the Semi is as optimized as possible. These were hinted at by the company’s President of Automotive Jerome Guillen in the first quarter earnings call, when he noted that Tesla continues to “make improvements” to the Semi while the prototypes’ real-world tests are ongoing.

Elon Musk noted during the Tesla Semi’s unveiling that the truck would start production sometime in 2019. While Musk pointed out during the Q1 2019 earnings call that the Semi prototypes have been “working amazingly well,” Tesla’s President of Automotive noted that the production of the all-electric long-hauler would start next year instead. The location for the Semi’s production has not been set either, though the company expects to produce all the vehicle’s batteries in Reno, NV.

Watch the recent Tesla Semi sighting in the video below.