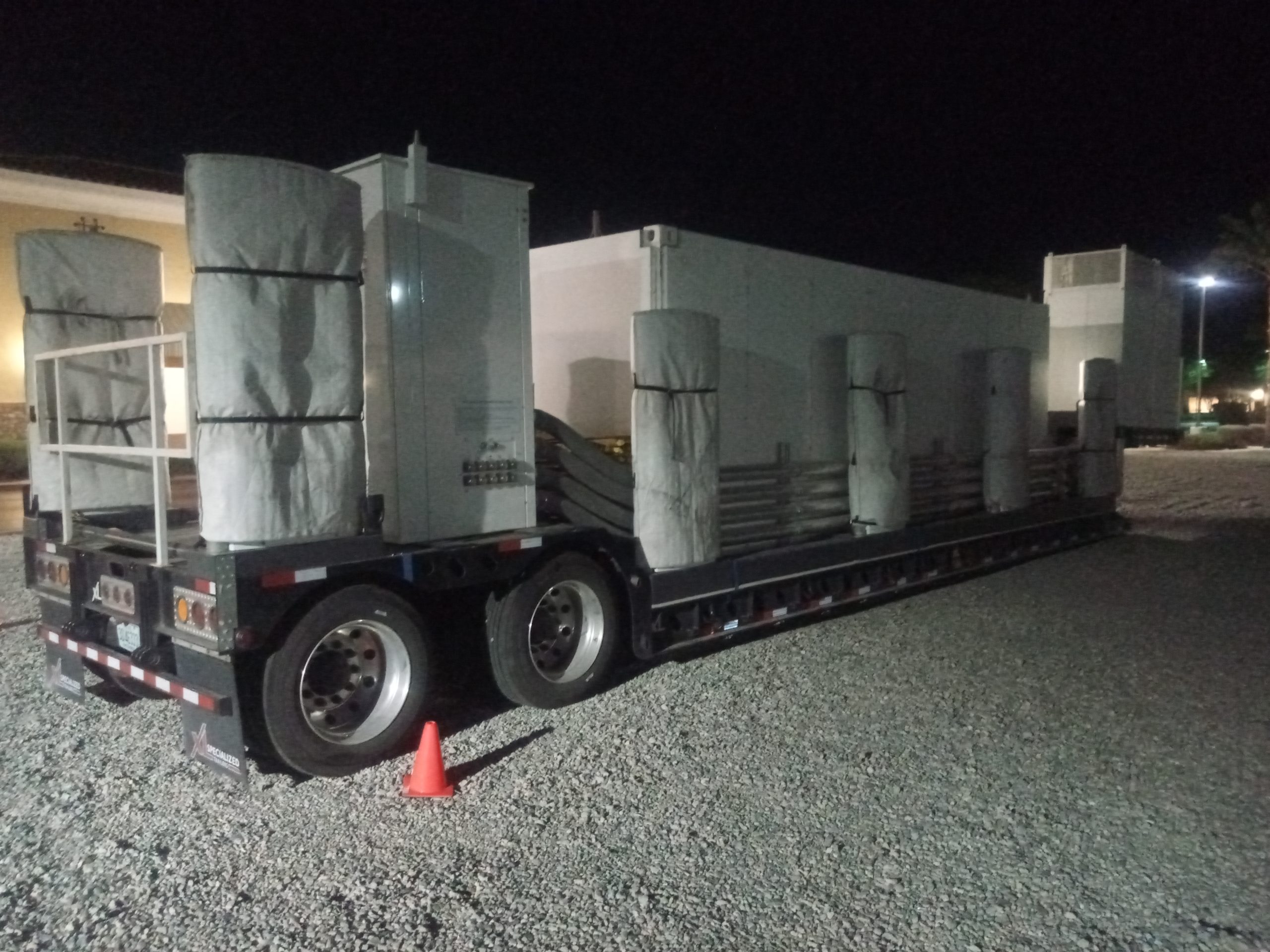 A Teslarati reader shared photos of the chargers, initially speculating that they were for Pepsi’s Tesla Semi trucks. Tesla has installed Megachargers for the Semi at Frito Lay and PepsiCo’s facility in Modesto, located about 440 miles from Indio, California—enough for a single Semi trip.

Teslarati‘s source observed that the total enclosure volume of the prefab Supercharger in Indio appears to be about four or five times greater than the prefabricated Superchargers recently installed in Weathertech Raceway Laguna Seca. He also noticed that a five-cable power feed led to a connection point labeled “Megapack Recharging Sequence.”

Even if the prefab Supercharger in Indio isn’t for the Semi, it would be useful for Tesla owners in the area and travelers passing through the location. According to the source, there has been a lot of action in that particular location lately, making it an ideal spot for a Supercharger.

Prefabricated Superchargers seem like the ideal way for Tesla to ramp charger installations, either for Pepsi’s Tesla Semi trucks or its ever-growing fleet of customer vehicles. In Q3 2021, Tesla’s Senior VP of Powertrain and Energy Engineering Drew Baglino stated that the company was working hard to expand its charging infrastructure.

“While we certainly have work to do in expanding capacity in some congested areas, average congestion on the network has decreased over the past 18 months. Nonetheless, we’re not standing still,” Baglino stated during the third quarter earnings call last year. “We are executing accelerating expansion plans globally. The network has doubled in the last 18 months, and we are planning to triple it over the next two years.”