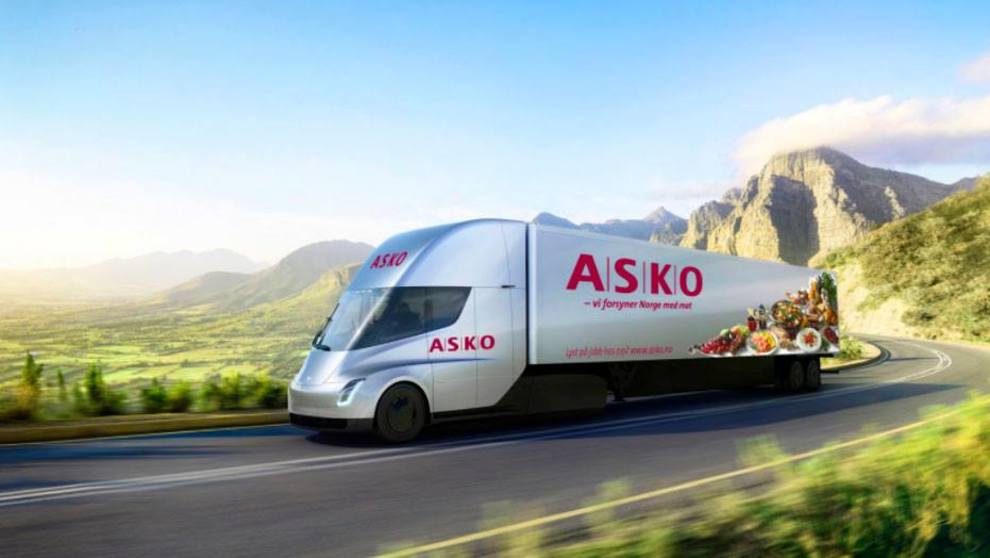 One of Norway’s most prominent wholesale chains, ASKO, has officially joined the ranks of other companies with large supply chains such as PepsiCo and Walmart, after ordering a batch of 10 Tesla Semi trucks for its operations in the country. ASKO’s order was confirmed by Norway-based news site E24, which published its findings in a recent report.

With an order of 10 Tesla Semi trucks, ASKO has placed itself at the forefront of sustainable trucking in the region. The grocery wholesaler’s commitment to reducing the environmental impact of its fleet seems to be quite evident, as ASKO’s order came not long after Tesla opened reservations for the all-electric truck in Europe.

While ASKO’s order of 10 Tesla Semi trucks is quite admirable, the firm has actually been embracing green technology for years. In a statement to E24, ASKO CEO Tore Bekken stated that the wholesale grocery firm is already exploring the use of electric trucks in its lineup of delivery vehicles. According to the CEO, however, the Tesla Semi does seem a lot more advanced than their current electric truck.

“We have an electric truck today from a Dutch company, which we have had for almost two years. So, we think that Tesla is the one who has come the furthest with the technology so far. Therefore, we chose to book ten trucks from them,” Bekken said, according to an E24 report.

Bekken, however, asserted that ASKO would first need to ensure that the Tesla Semi is in full compliance with regulations in the country before it is deployed. Nevertheless, he believes that the time is right to commit to Tesla’s next-generation trucking technology.

“We are working towards an ambition, and we think that electric and hydrogen-powered cars are what will come in the future. Although there are some unanswered questions, ASKO wants to be out early. The cars must, of course, meet the demands made for efficient and reliable use. You cannot wait for important decisions.”

ASKO’s CEO is quite optimistic about the delivery dates of the Norwegian wholesale chain’s electric trucks, with Bekken stating that he is hoping for a 2019 delivery.

“We do not think we will have the trucks before they start deliveries in the United States. We believe deliveries could start in 2020, but we hope we can get them in 2019.” said Bekken.

ASKO joins several high-profile companies that have begun ordering large batches of Tesla’s electric truck. Among the enterprises that have committed to the big rig are UPS, J.B. Hunt, Anheuser-Busch, Sysco, PepsiCo, Walmart, and now, of course, ASKO Norway.