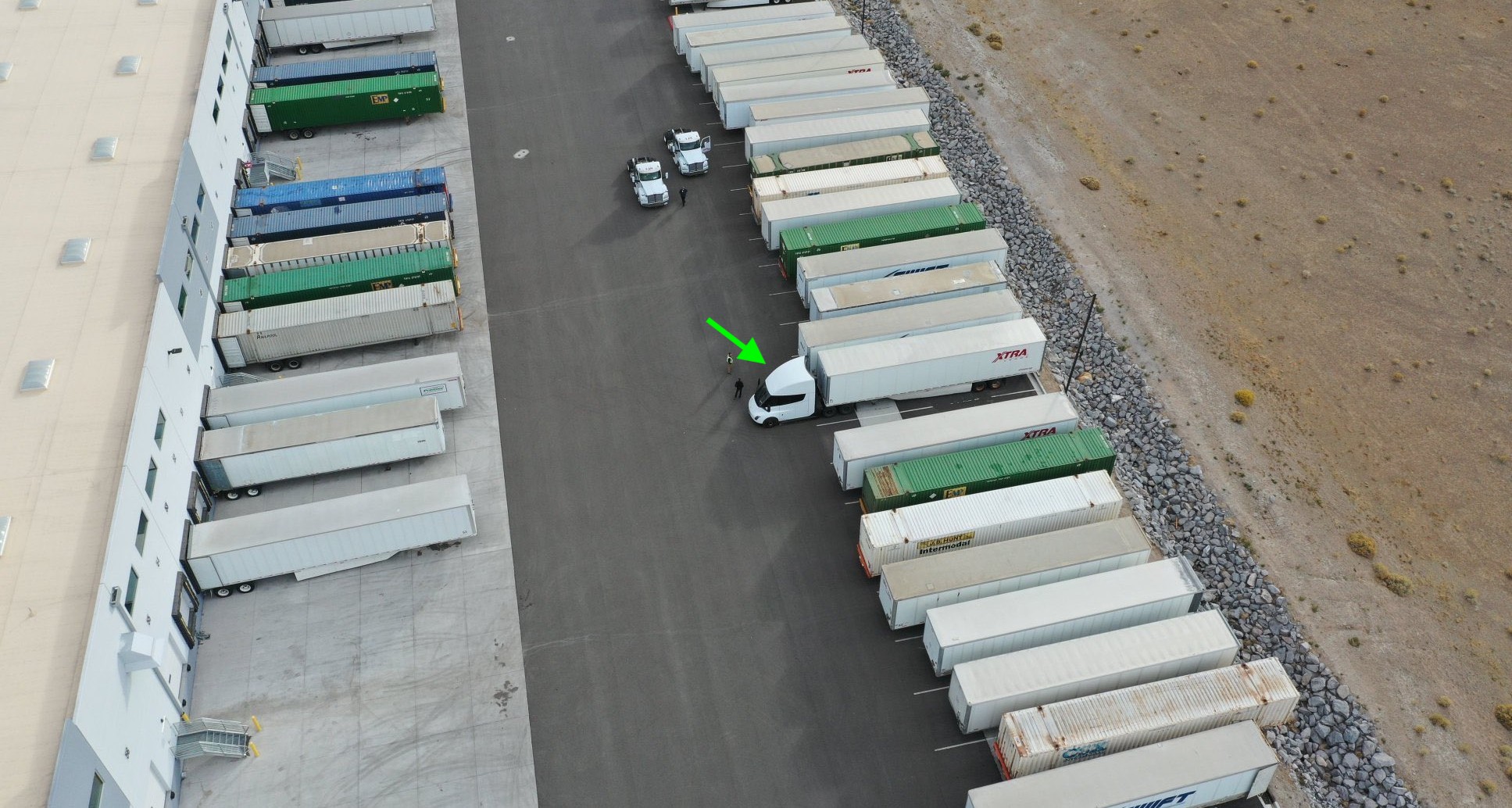 Not long after an updated Tesla Semi prototype was sighted charging in the Gigafactory Nevada complex, the Class 8 all-electric hauler was spotted alongside the battery factory’s regular fleet of trucks. This suggests that Tesla’s testing of the updated Semi is still ongoing, and it is already putting its new prototypes to work.

The new images of the updated Tesla Semi prototype were shared on Twitter by electric vehicle market watcher @sawyermerritt, who noted that the Class 8 truck was offloading a trailer when it was photographed and captured on video. Considering that the Semi was pulling a trailer itself, and since it was sighted alongside other regular trucks in Giga Nevada, it appears that the vehicle was being tested by Tesla in real-world conditions.

Following the Semi’s initial unveiling back in late 2017, CEO Elon Musk noted that the first company which would be using the all-electric truck would be Tesla itself. The company started testing the first prototypes of the Semi for actual transport runs between the Fremont Factory and Gigafactory Nevada on March 2018, and during this time, sightings of the Class 8 vehicle started gaining ground on social media. As the Semi’s release saw delays, however, the sightings of the truck traveling between Tesla’s two main US facilities declined.

That is, at least, until this year, when Tesla came out with an updated prototype of the Semi, complete with new windows, a redesigned door handle, and newly-designed taillights. Several units of the updated Tesla Semi prototypes have been spotted on US roads over the past months, with some even looking like they came from extreme weather testing. Despite this, Elon Musk has remained pretty conservative with the Semi’s release, noting that the Class 8 vehicle would probably see meaningful mass production around 2023.

Regardless of Elon Musk’s conservative estimates, the development of the Semi seems to be moving forward at a steady pace. Earlier this month, PepsiCo CEO Ramon Laguarta remarked that his company is looking forward to taking deliveries of their first Tesla Semis this quarter. This may seem surprising, but PepsiCo did note earlier this year that it was expecting about 15 Tesla Semi units to be delivered by the end of 2021. This small number seems quite feasible for Tesla, especially if PepsiCo is willing to help the company refine and test the vehicle in real-world conditions.

The buildout of a Megacharger at the Giga Nevada site is also a substantial step in the Semi’s development. Megachargers are key to making the Semi competitive against fossil fuel-powered trucks, and over the past few years, there have been relatively few reports of Tesla building any of the Class 8 vehicle’s charging stations. This changed this year, as Tesla started work on its first Megachargers at Gigafactory Nevada.