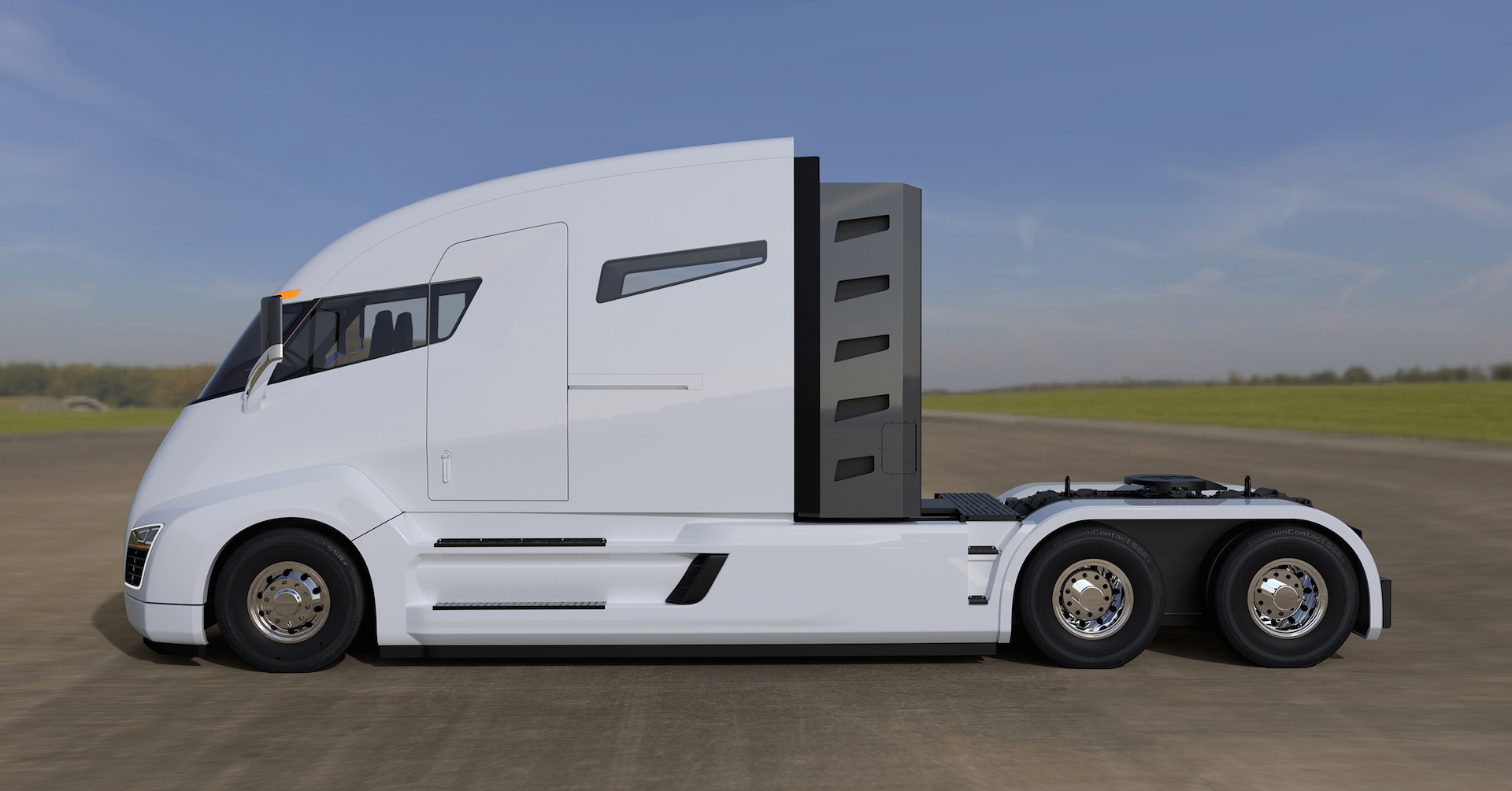 The Tesla Semi will shake the trucking industry to its roots

Elon Musk’s new Master Plan calls for an expansion of its vehicles into other categories, including buses and heavy duty trucks, both of which will unveiled in about a year.  Undoubtedly, carbon emissions worldwide would fall precipitously if the general automobile consumer transitioned to a tailpipe-free electric Tesla, but that’s not what Elon Musk is after. His goal is a full frontal assault on carbon emissions of all kinds including a Tesla Semi. His objective is for nothing less than a world that no longer uses fossil fuels to power its transportation system, even on a commercial scale.

Looking back at the Volkswagen diesel scandal and why it was significant, beyond morality, diesel engines especially heavy-duty diesel trucks spew emissions on another level. To make the problem worse, passenger cars normally have a useful life of around 200,000 miles. Diesel powered tractors can be on the road for a decade or more, spewing out toxins for millions of miles before they are replaced. The pollution control systems on older trucks are rudimentary at best.

In Southern California, the pollution from drayage trucks that haul shipping containers from ports to inland distribution centers is so bad, it has sparked a number of plans to replace them with electric versions. One solution proposed by Siemens calls for equipping trucks with pantographs so they can draw electricity from overhead wires along their routes.

Former Tesla executive Ian Wright sold his stock in Tesla Motors when Elon Musk came on board. Wright wanted to attack the challenges of truck pollution rather than build some silly sports car. He has since created his own company called Wrightspeed that focuses on cleaning up the emissions from heavy duty garbage trucks. He has invented a new form of hybrid powertrain that uses a small gas turbine to recharge the batteries. The turbine is so clean, it doesn’t even need a catalytic converter to meet California’s stringent emissions rules.

The problem with electric trucks today is that the batteries need to be so large and heavy they would take up much of the space available for hauling freight. Not only that, they would be prohibitively expensive. The Wrightspeed system is a compromise that attempts to strike a balance between cost and range. It has attracted international attention and the company has recently signed a contract to re-power a fleet of diesel buses in New Zealand.

The allure of electric trucks has created an opportunity for hucksters and charlatans. Earlier this year, a Florida company calling itself Oakridge Global Energy Solutions said it had developed a battery for Freedom Trucking of Minneapolis that would haul an 80,000 lb. load 400 miles. That claim turned out to be vaporware.

Another entrant into the heavy truck sweepstakes is a company calling itself Nikola Motors — a rather obvious attempt to somehow conflate what it is doing with the work of Tesla Motors. It says its Nikola One tractor will have 2,000 horsepower. 3,700 lb-ft of torque, a 325 kWh battery, 6 wheel drive with torque vectoring and 1,200 miles of range. It relies on an onboard natural gas turbine to keep the battery charged while driving.

The design concept for the Nikola One is visually appealing and the company says it has 7,000 pre-orders for the truck worth a total of $2.3 billion. Of course, it currently has no factory, no battery factory, and little corporate infrastructure other than its website.

We can assume the Tesla Semi will not have a range extender engine of any type. How Tesla will make an electric tractor that can haul heavy loads long distances that is cost competitive remains unclear. But if Elon says that’s what Tesla will do, we can be pretty sure it will — eventually.

JB Straubel says he and Elon talked about electric airplanes long before they decided to build automobiles. And ocean going cargo vessels are some of the worst polluters on the face of the planet.  Musk probably has a plan for them, too. Look for those ideas to be part of Master Plan Numero Tres.

The Tesla Semi will shake the trucking industry to its roots