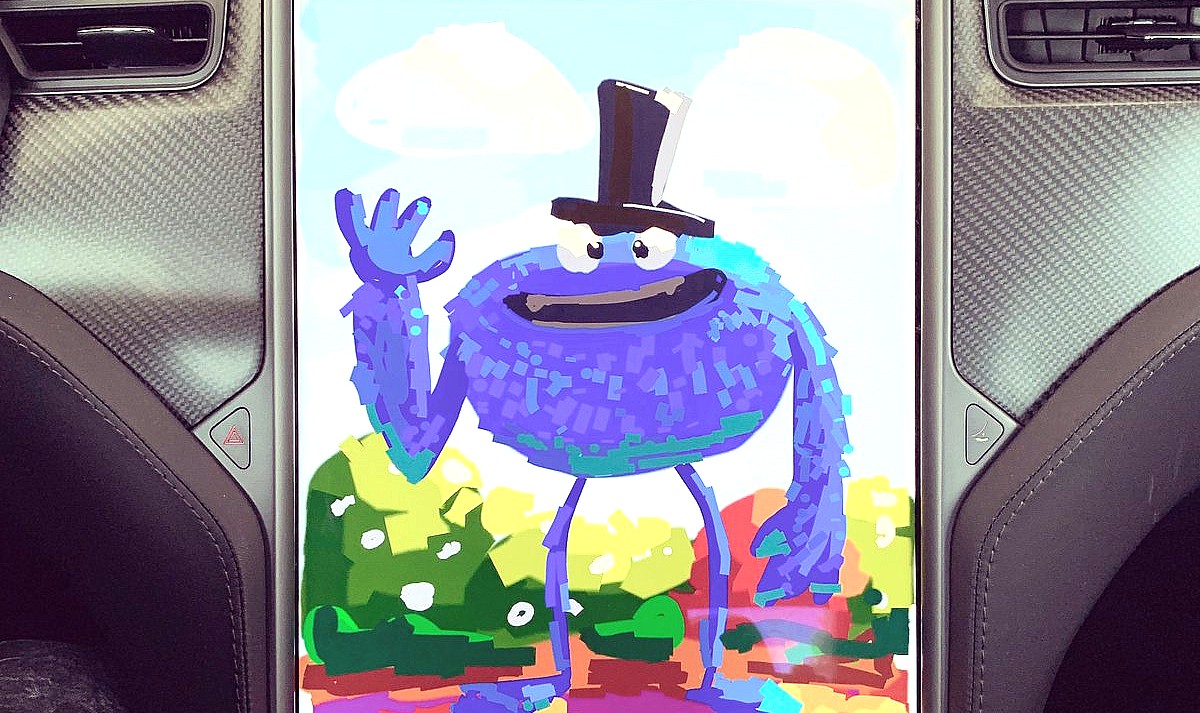 Tesla’s sketchpad Easter Egg may be getting an upgrade to include animation support, according to CEO Elon Musk. In response to a Twitter suggestion for the capability, complete with a GIF made from photos of the sketchpad screen, Musk agreed to the idea and gave the notion of “proper art software” a full endorsement.

Responses to Musk’s positive reception to the idea were full of suggestions. Some Twitter fans pointed to programs already available using Tesla’s chromium web browser while others made additional Easter Egg suggestions, such as a selfie app. A few users even advocated for making Tesla’s software open source to enable community-created applications, or at the very least, opening the software up for third party development of Easter Eggs.

Sketchpad was released with firmware version 8.1 and is accessed by pushing the “T” logo at the top of the Tesla center touchscreen three times. Once opened, users can create basic sketches with a provided color palette using their fingers as a writing instrument. The overall functionality of the program is reminiscent of MS Paint, a native Windows program with basic graphic creation and editing capabilities.

While in its current form, sketchpad lacks the bells and whistles that usually accompany drawing software, but Tesla owners and enthusiasts have still managed to find very creative ways to use it. Last year, a couple whose shared love for the brand meant expected Tesla ownership in their future together, and the groom-to-be used that part of their plans for a creative marriage proposal. He rented a Model 3 and popped the question on the sketchpad program, spelling out “Will you marry me?” on the Easter Egg’s screen. She said yes, of course.

Easter Eggs are well known for the added fun they bring to the type of all-electric vehicle ownership only a Tesla can provide. Elon Musk has said several times that his company’s cars are intended to be the most fun things anybody can buy, and including things like “Romance Mode” and “Toilet Humor” in vehicle updates are a nod to that purpose. Romance Mode displays a fireplace in the center touchscreen, plays romantic music, and blasts the car’s heaters to “set the mood.” Toilet Humor allows a selection of custom fart noises to be played from any of the car’s seats as specified by the user.

Perhaps one of the most notable Easter Eggs was TeslAtari, a game emulator that came with firmware version 9.0. Classic Atari games like Pole Position, Tempest, and Missile Command were playable from the center screen, and for a while Pole Position enabled the steering wheel to be used while racing in the game. Tesla has since removed the program, citing rights issues, and has promised another game in its place, possibly developed in-house. Super Breakout and 2048 have been added in the meantime.