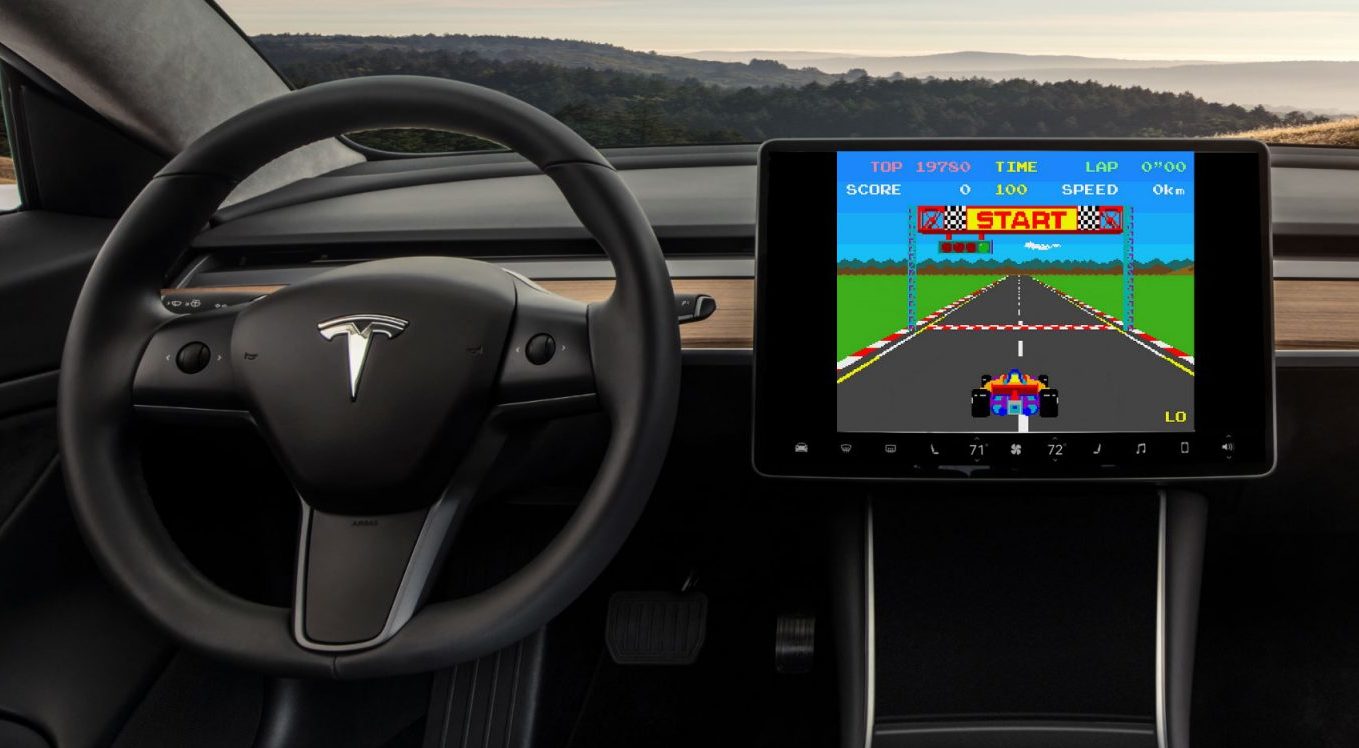 When Elon Musk was featured in the Joe Rogan Experience podcast last month, he candidly noted that he believes a Tesla is one of the most fun things that consumers could possibly buy. Describing the company’s electric cars, Musk stated that at their core, Teslas are a “thing to maximize enjoyment.” Considering that Tesla’s vehicles are known for providing instant torque and insane acceleration, Musk’s statement definitely rings true.

As the Software Version 9 update would later prove, these moments of enjoyment can happen even when the car is not in motion. This is because amidst the features and improvements that were featured in the V9 update, Tesla also released its newest Easter Egg — TeslAtari, an emulator of classic 1979 games that are controlled either through the steering wheel or through the vehicles’ center touchscreens.

TeslAtari currently has four titles in its lineup – Missile Command, Asteroids, Lunar Lander, and Centipede. That said, Elon Musk’s initial announcement of the Easter Egg just hours before the Q2 2018 earnings call teased the inclusion of iconic games like Tempest and Pole Position as well. Musk even noted that Pole Position, which is arguably one of the most memorable racing games released to date, would be controlled through the electric cars’ steering wheel. Pole Position did not make it to the initial V9 release, though the rollout of the title is all but imminent.

Apart from being a visionary and a noted risk-taker, Elon Musk is also an avid gamer. At age nine, he got his hands on his first computer, the Commodore VIC-20, which came with 5 KB of memory and an extensive programming guide that was designed for users to complete in six months. Nine-year-old Elon Musk completed the programming guide in three days. At 12, Musk created his own video game, Blastar, which he later sold to a computer magazine in 1983 for $500. In a later conversation with writer Tim Urban, Musk candidly stated that Blastar was “a trivial game…but better than Flappy Bird.” Tweets over the years would also show that Musk still plays games on a PC, playing games like Overwatch and BioShock, among others.

Considering Elon Musk’s passion for gaming, it is no surprise that his electric cars, which are pretty much the equivalent of a computer on wheels, are getting gaming capabilities as well. Musk recently responded positively to the idea of having other Teslas appear on vehicles’ displays when in Autopilot, stating that such a system could be “part of a (safe) car version of (a) Pokémon Go style game.” Musk also started asking his followers for suggestions about which titles they would like to see on their cars.

What are some of the most fun games we could have on a Tesla? Classic Atari is just the start.

With the rollout of TeslAtari, the further gamification of the Tesla experience seems to be all but inevitable. Tesla, after all, is consistently in the process of improving its hardware, as shown in the upgrades to the Model S and Model X’s MCUs that were rolled out earlier this year. TeslaTap, an unofficial resource listing Tesla’s hardware for its vehicles, notes that even older MCUs are equipped with 2 GB DDR3 SDRAM and 8 GB eMMC NAND Flash, which are paired with an Nvidia Tegra 3 quad-core processor. Later versions of the Model S and X’s MCU, as well as the Model 3’s center display, are reportedly fitted with an Intel Gordon Peak Board using the Atom E3800 series CPU and Intel Apollo Lake system-on-chip, which are even more capable.

The gaming industry is quite remarkable in the way that it has evolved incredibly fast over the past two decades. The legendary Sony PlayStation 1 console, for example, which was host to titles like Gran Turismo 2 and Final Fantasy VII, was powered by a 33.9MHz CPU and 2MB of RAM. While emulators do tend to eat up a lot of processing power, it is not difficult to imagine Tesla’s later hardware (or even its current-generation hardware) supporting emulated games from more advanced consoles. Perhaps a release of beloved SNES titles are in the pipeline? One can definitely dream.

Ultimately, it seems safe to assume that with TeslAtari, the electric car maker has opened a huge box filled with a lot of fun possibilities.