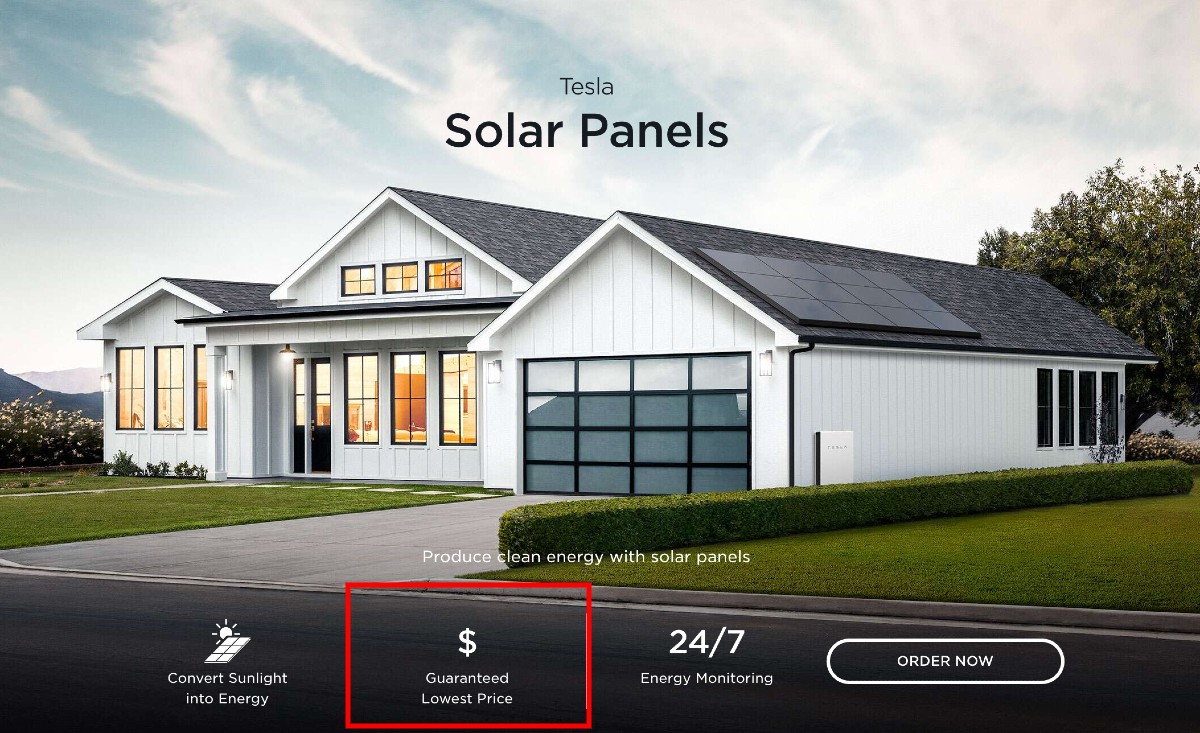 Tesla has added a price match guarantee to its Solar program that will match quotes on a comparable solar system from a competing brand.

In an update to the company’s Solar Panel support page, Tesla notes its eligibility requirements for the new Solar price match guarantee. The competing solar system must include an inverter, be of the same size or bigger than the Tesla system, and offer a minimum 10-year warranty.

Tesla offers the following sizes for its solar system:

Tesla has made several strides to make its solar program more affordable for consumers. Instead of paying a large lump sum for the solar system to be installed on residential spaces, Tesla has offered subscription and rental programs in place of buying a system outright. This strategy entails massive consumer appeal as Tesla aims to allow those interested in powering their house with the sun an affordable option.

With the addition of a price matching feature, Tesla can now offer the lowest pricing in the solar market. If a qualifying rate is lower than Tesla’s, matching the cost from a competitor guarantees that the company will not only create affordable systems but also grow its output of solar products.

In Q1 2020, Tesla’s energy business continued to thrive despite expected shortcomings from the COVID-19 pandemic. According to the company’s Q1 2020 Update Letter, Tesla managed to install its 100,00th Powerwall in the first quarter of the year and saw an increase in cross-selling within the energy business as “more than 40% of residential solar customers opted for at least one Powerwall.

Tesla’s adjustments within its Solar infrastructure have also allowed the company to reduce costs and pass its savings onto customers. Tesla moved to fixed sizes, limited designs, and in-home consultations. All of these changes were able to reduce Tesla’s costs, and they have, in turn, led to lower solar prices for customers.

Check out the terms for Tesla’s new Solar Price Match Gurantee in its support page.