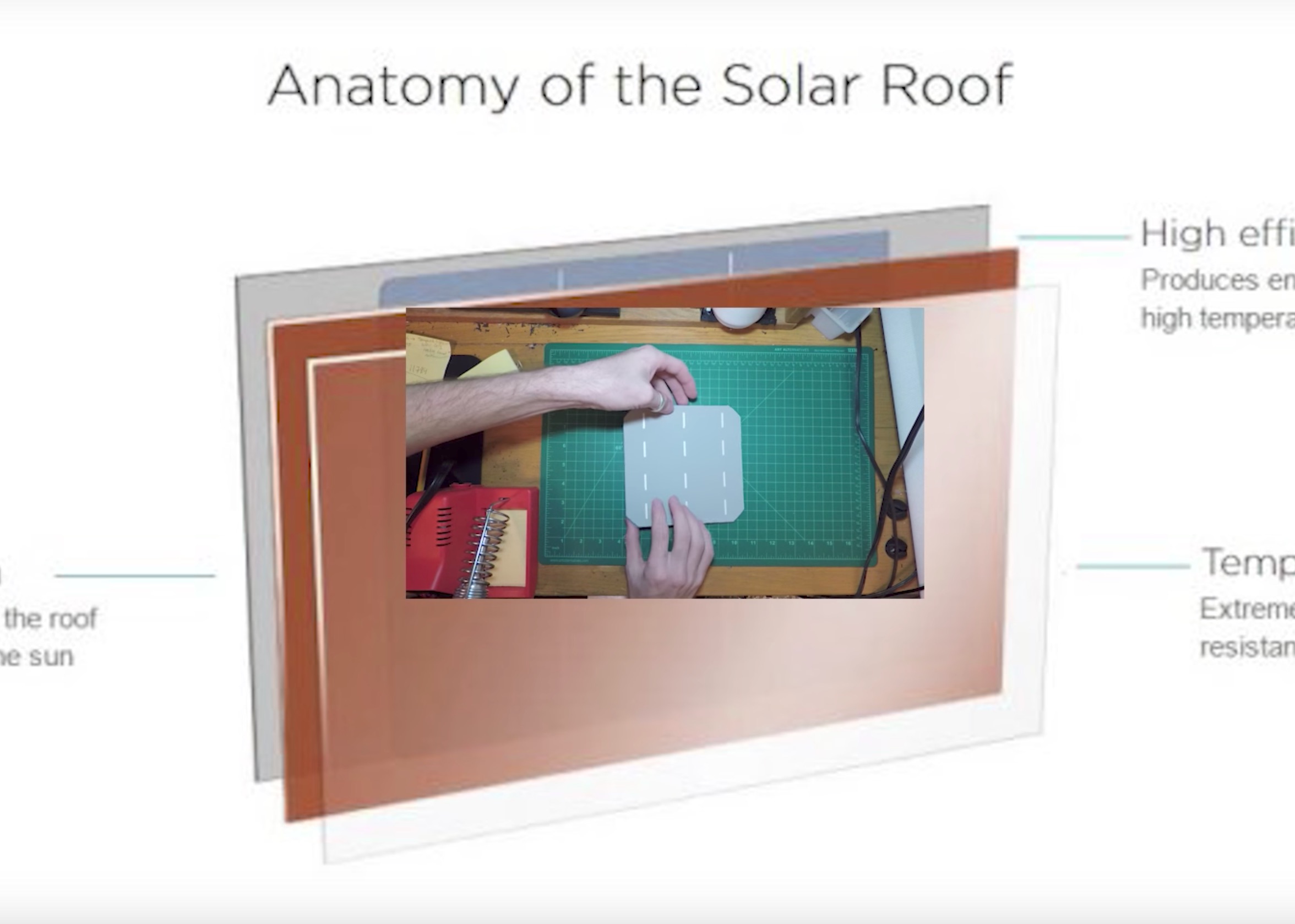 Innovative YouTuber Aries RC took the do-it-yourself project to the next level when he decided to build his own version of a Tesla Solar Roof glass tile using readily available parts off the internet.

At its core, the Tesla Solar Roof tile is a single 6 inch by 6 inch solar cell protected by tempered glass and sealed from the elements. Aries RC extracted details from the video of Elon Musk presenting the Solar Roof tile last year at the reveal event, and reconstructed a DIY version of the photovoltaic-lined roof tile.

He started his ultimate DIY project by purchasing solar wafers online and soldered them together to form a single 6 inch by 6 inch cell. The 4 wafers he used were each rated at 0.56 volts with 8 amps of current. Soldering them in series with a voltage converter allowed him to create a single cell with a total of 3.7 volts.

The wafers by themselves are extremely brittle so the next step is extremely important to ensure any shot of living through normal weather conditions let alone the barrage of hail or kettlebells as depicted in the Tesla demonstration.

To protect the fragile solar cell, a layer of 3/16 inch tempered glass was needed. The internet was again put to use where he found bulk tempered glass in 1 square meter sheets for just a few dollars. The tempered glass was trimmed to size and fitted with a custom gasket that he designed in Solid Works to ensure a tight seal from the elements. Foam spacers were used to keep the glass off of the solar cell and offer an extra bit of added shock absorption.

One unique feature of the Tesla solar roof tiles is their ability to blend seamlessly into the rest of the non-solar roof tiles surrounding them. This is accomplished with the addition of a thin micro-louver film that makes the tiles invisible at certain angles. It’s the same method that allows a laptop privacy screen to render contents of the screen invisible at certain angles.

Finally, Aries RC added roof heating to the tile to melt away any potential snow buildup. Two small heat pads were added to the panel before it was sandwiched between two panes of tempered glass and sealed.

While this demonstration shows a simple proof of concept to create a functional solar roof tile with a 2.3 watt output, it is unlikely that anyone would actually move forward with a DIY project to create the approximate 2,000 roof tiles needed to power the average household.

Check out the impressive DIY video below.