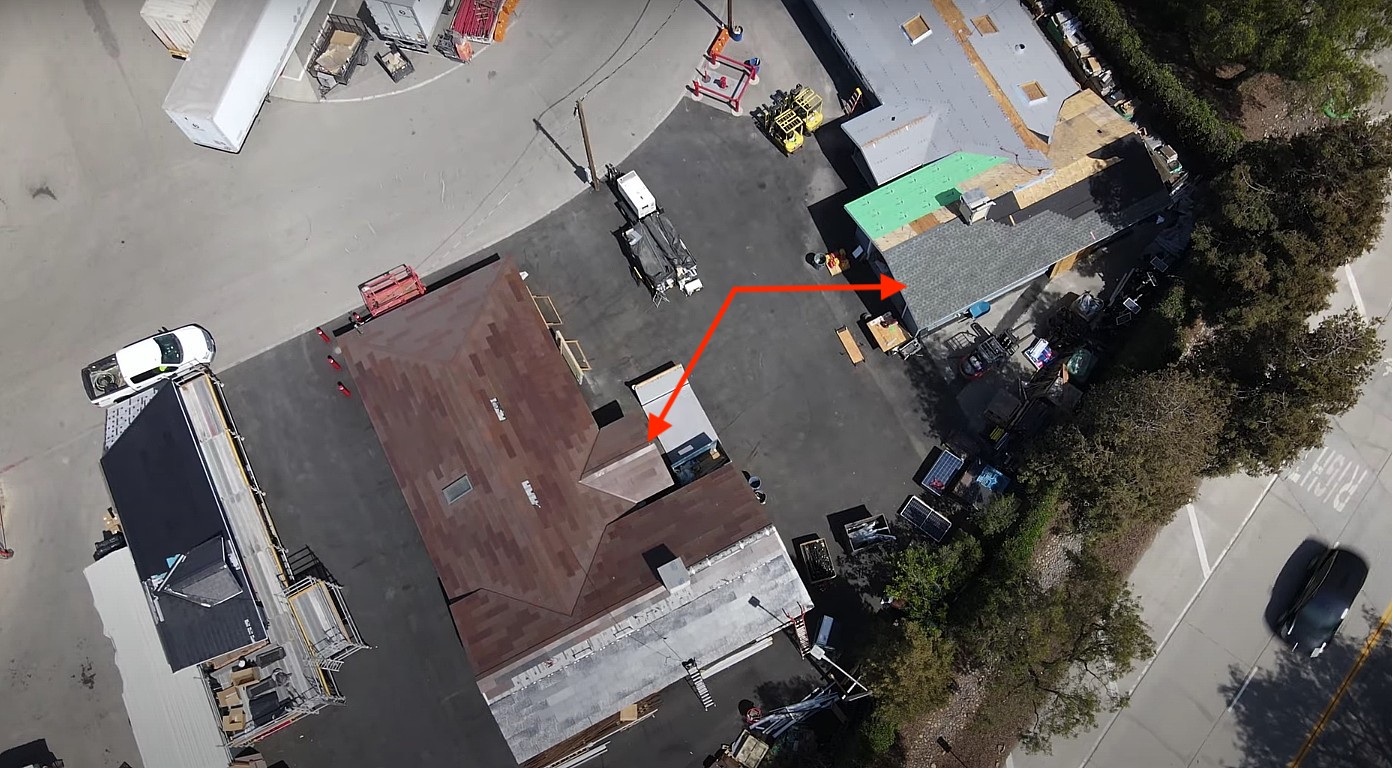 It appears that Tesla is hard at work testing what could very well be the next variants of its flagship residential solar product, the Solar Roof. As could be seen in a recent flyover around Tesla’s Fremont facilities, the company seems to be testing some tiles with a wood-like appearance, as well as some that feature a similar shade to the “slate” tiles that Elon Musk unveiled back in 2016.

A recent flyover of the Fremont Factory from drone operator Gabeincal revealed some notable activities happening in Tesla’s primary EV production site. This time around, the drone operator was able to capture some images of the refresh Model S and Model X at the Fremont Factory test track and one of the Giga Press machines in action. Tesla’s Kato Road facility, which hosts the company’s pilot production line for its 4680 cells, was reportedly full of employee cars as well.

But amidst these activities, one thing that genuinely drew attention was the test houses that Tesla used for its Solar Roof tiles. The video showed three structures that seemed to be undergoing testing, each with a different type of Solar Roof. One appeared to have been fitted with some dark, smooth, or textured tiles; another with what seemed like simulated cedar tiles, and another with tiles that featured a slate-like shade.

The cedar-like tiles in one of the test houses are particularly interesting considering that such a variant was not initially announced by Elon Musk during the Solar Roof’s unveiling back in 2016. During the tiles’ unveiling ceremony, Musk announced four variants that would eventually be available for ordering: a Smooth tile, a Textured tile, a curved Tuscan tile, and some stunning gray Slate tiles. So far, Tesla’s Solar Roof installations have only been comprised of Textured tiles.

Despite this, Tesla’s patents have suggested that the company is pursuing some new Solar Roof variants. One such patent was issued last March, and it described a way for Tesla to obscure, color match, and camouflage its Solar Roof in a way that makes the tiles almost indiscernible from traditional roofing materials. Tesla’s illustrations in the patent hinted at variants of the Solar Roof that are yet to be released, such as the Tuscan and Slate tiles.

It would not be surprising if Tesla is now exploring Solar Roof variants beyond the initial four designs that were announced in late 2016. Cedar Solar Roofs would be a good expansion from the Textured tiles that the company is producing today, after all, as wood shingles have been used in colonial American homes for many years, partly due to their excellent insulation properties and durability. If Tesla does release a Cedar Solar Roof variant, it would not be surprising if it becomes a great seller among homeowners.

Elon Musk has noted that the Solar Roof’s potential would likely be evident this 2021. “I think a future where we’ve got beautiful roofs generating energy that are tough and resilient and better in every way than a natural roof and alive with energy, that’s the future we want. Solar Roof is a killer product. This will become obvious next year,” Musk said in a previous earnings call.

Watch a recent drone flyover of Tesla’s Fremont facilities in the video below.