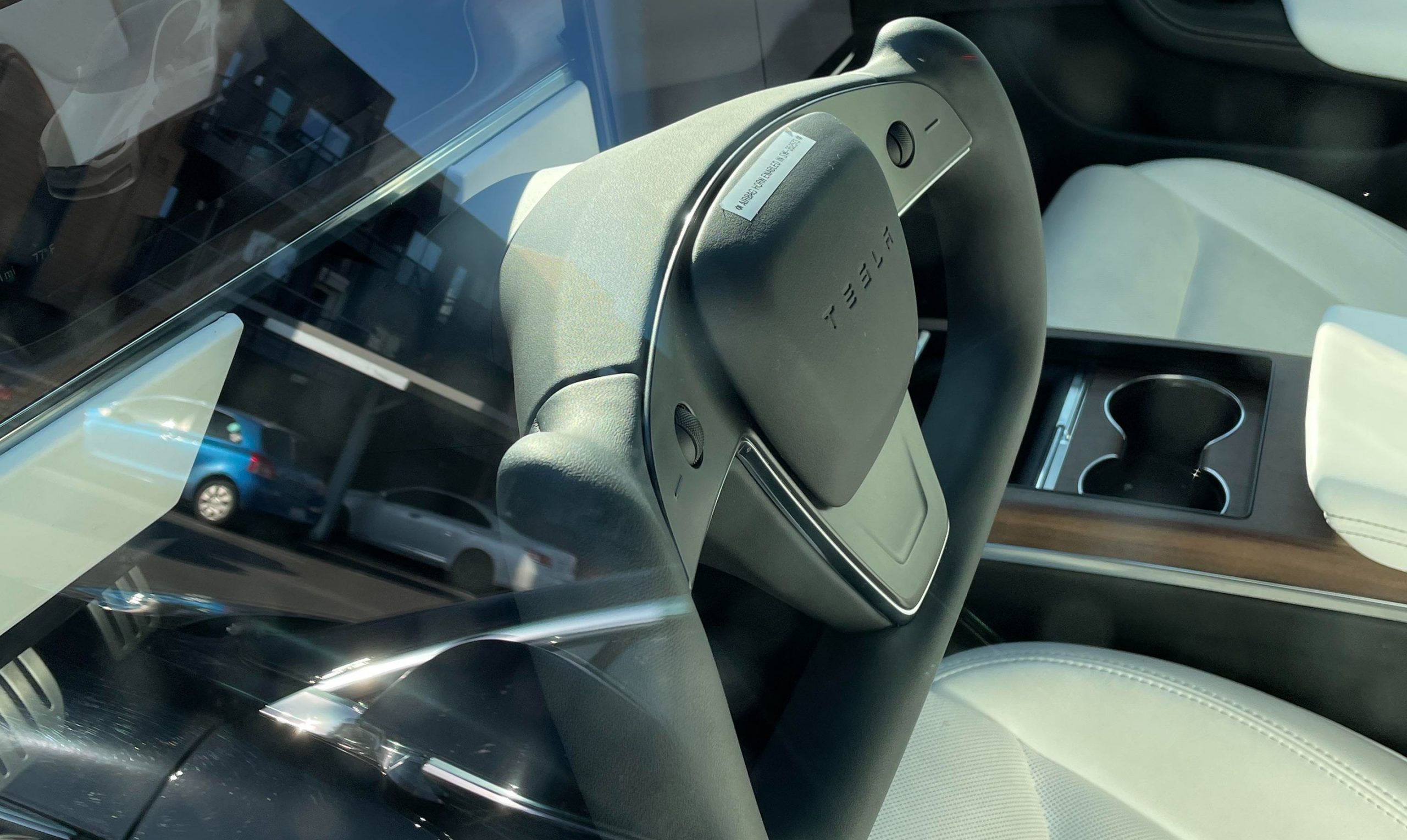 It appears that the Tesla Model S and Model X’s steering yokes are about to get an update that would make them easier to use. As recently noted by Elon Musk, all Model S and Model X made since November have actually been equipped with a push center for horn feature — it just needs to be activated through an upcoming over-the-air software update.

“All cars made since November also have push center for horn – just waiting on firmware update. If you mash right side of yoke with your palm, horn will trigger,” Musk noted on Twitter.

The new Model S and Model X’s steering yokes were rolled out with a series of capacitive touch buttons, each one corresponding to a key vehicle function. One of these is the horn, which is a rather small touch-sensitive button at the top right side of the yoke. Needless to say, the placement of the touch-sensitive horn button had been subject to some criticism.

Even Tesla owners such as YouTube’s Marques Brownlee, who eventually admitted that he started preferring his Model S’ steering yoke over a traditional steering wheel after using his Plaid for a while, remarked that the placement of the horn button was a pain to use. Since his Model S’ horn is a small touch-sensitive button on the yoke, it was pretty easy to press it accidentally.

Drivers have also remarked that sometimes, they instinctively end up mashing the middle of their yokes when they want to engage their Model S or Model X horn, simply because pressing a horn in the middle of a steering wheel has become part of their muscle memory.

While Tesla has been steadily standing by its decision to only offer the new Model S and Model X with a steering yoke, there have been signs that the company was willing to compromise on the vehicles’ horn position. Back in January, images depicting a Model S with a sticker on its yoke that read “Airbag horn enabled in SW-352573” were shared online. The picture and the update it suggested were welcomed widely by Tesla enthusiasts.

Elon Musk has mentioned in the past that he believes that “almost all input is error” since a vehicle “should do the right thing automatically.” However, considering the current state of the auto industry even among tech leaders like Tesla, things are not yet at a point where everything can be automated. Something like pressing a horn should not involve learning curve, after all, especially if a simpler, alternative solution is readily available.