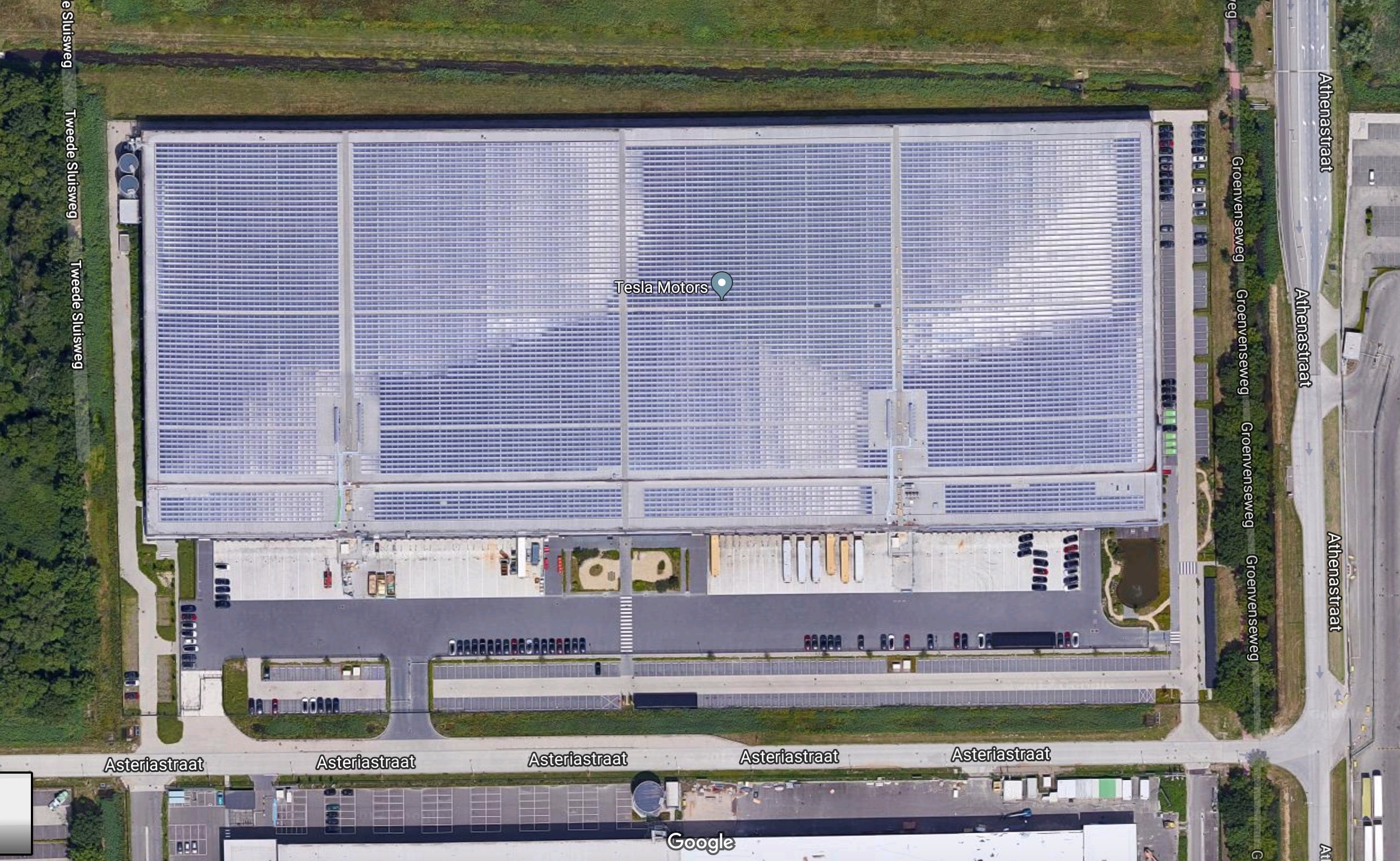 Satellite imagery of Tesla’s Tilburg facility in the Netherlands reveals that an expansive solar panel installation has been outfitted to the rooftop of the European factory. Discovered recently by an eagle-eyed renewable energy advocate, the giant solar installation appears to span almost the entire area of the electric carmaker’s property, with photovoltaic panels being visible through Google Maps.

The Tilburg, NL facility’s solar panels were spotted by Kees van der Leun, a longtime advocate of clean energy and the director of Ecofys. While the specifics of the solar system remain unannounced by the Elon Musk-led firm, the Ecofys executive estimated that the installation covered around 43,000 square meters, making it large enough to produce an estimated 3 megawatts of solar-generated power. 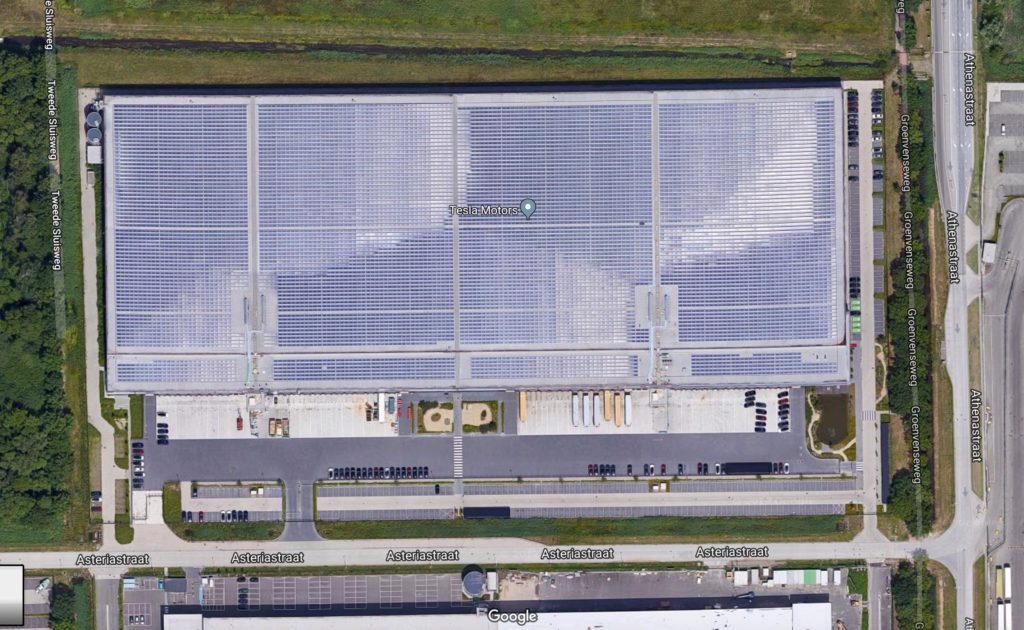 Tesla’s Tilburg facility serves as the California-based company’s European assembly plant and center for distribution in the region. The facility boasted an impressive at 203,000 square feet (18,900 square meters) when it first opened in 2013, but just one year into its operations, Tesla opted to expand the assembly plant, adding a large hall, more assembly equipment, and a dock into the structure. By the time Tesla was done with the expansion, the Tilburg plant had nearly tripled in size, spanning a formidable 527,000 square feet (49,000 square meters). Assuming that van der Leun was correct in his estimates, almost 88 percent of the entire structure’s area is now covered by solar panels.

One of NL's latest & largest rooftop solar PV systems, at @Tesla in Tilburg; shiny!
Roof is 43,000 m2, densely packed, must be something like 3 MW.
Photo: Google Maps, h/t @Polder_PV pic.twitter.com/iupCQDByzs

Overall, Tesla’s Tilburg facility is yet another step towards the company’s pledge to achieve a fully renewable and sustainable manufacturing system for its operations. Back in 2015, Tesla Chief Technical Officer JB Straubel announced that Gigafactory 1 in Nevada, apart from being one of the largest buildings on Earth, is designed to be net zero and carbon neutral.

As we covered in a previous report, Straubel explained the concept of the Nevada Gigafactory in front of an audience at the University of Nevada. During his talk, the Tesla executive asserted that the design of the NV Gigafactory itself was created with sustainability in mind.

“[F]rom the get-go, from the first concept of this factory, we wanted to make it a net zero facility. So…the most visible thing we are doing is covering the entire site with solar power. The whole roof of the Gigafactory was designed from the beginning with solar in mind. We kept all of the mechanical equipment off the roof. We didn’t put extra…penetrations through the roof that we didn’t need to and it’s a very, very clean surface that we can completely cover in solar. But that’s not enough solar, though. So we have also gone to the surrounding hillsides that we can’t use for other functions, and we’re adding solar to those.”

So far, Gigafactory 1 in Nevada and Gigafactory 2 in Buffalo, NY still do not have their PV systems installed. If the progress in the Tilburg, Netherlands facility is any indication, however, it would seem like it will only be a matter of time before Tesla’s flagship facilities all adopt a net zero and carbon-neutral model for their operations.

If you’re on the market for a solar roof or looking to install solar panels for your home or business, consider getting a customized solar cost estimate first from a local installer through our partner at UnderstandSolar.