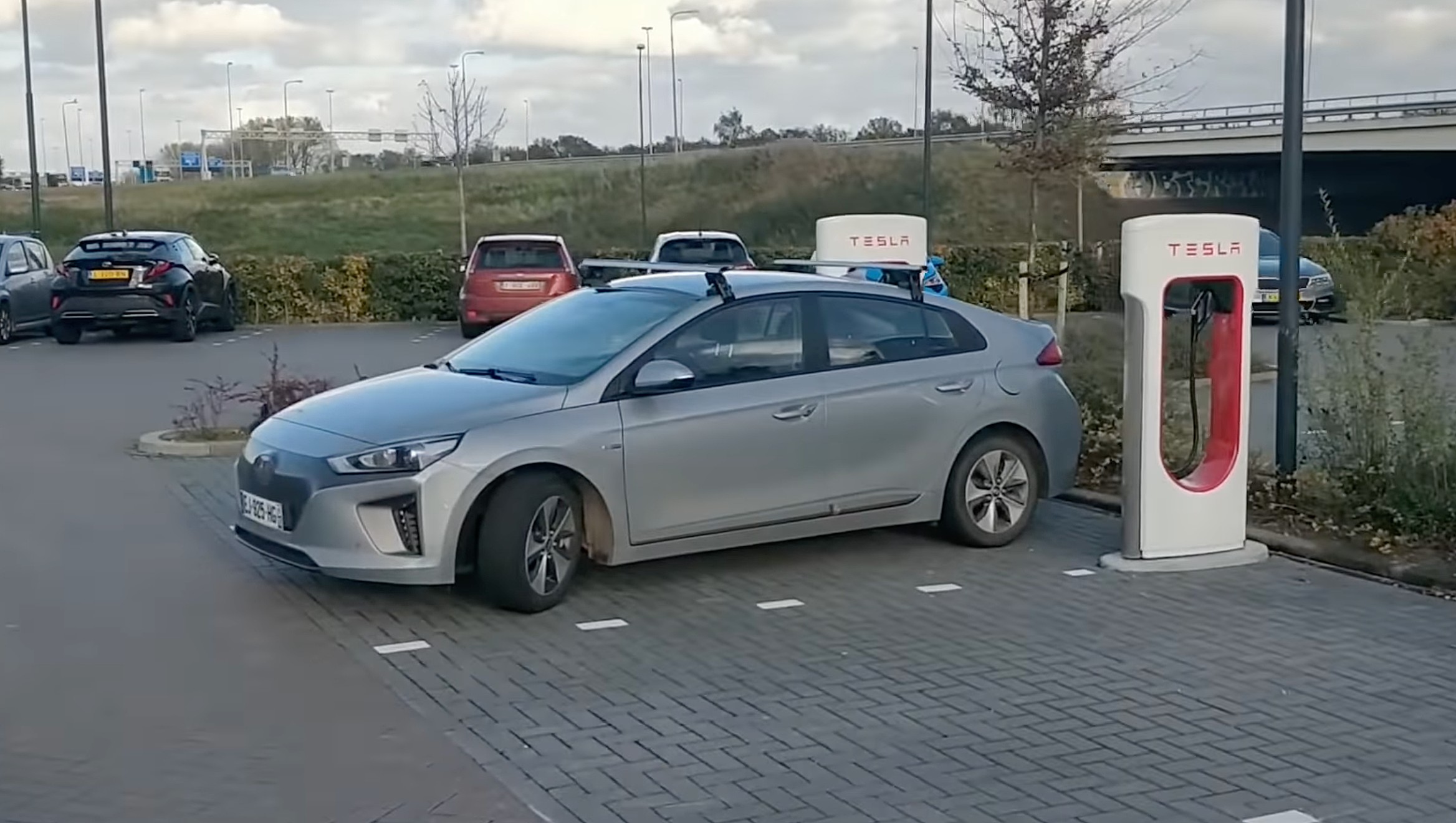 Hyundai Ioniq owner Inse van houts shared his experience at a Tesla Supercharger station at Tilburg, the wool capital of the Netherlands, located in the southern province of North Brabant. He gets footage of Tesla employees test charging a Porsche Taycan at the station, showing the company’s efforts to provide service to all EVs.

Then the EV owner starts charging his 2017 Hyundai Ioniq 2 using the Tesla app. After opening the app and connecting his vehicle, he discussed Tesla’s charging rates, including the company’s membership program.

The Ioniq 2 owner shares that the only issue with charging at the Tesla station is the adapter, which does not connect perfectly with his car because of the charging port’s design. However, his vehicle does complete a charging session with no issues. In its announcement, Tesla notes that EV owners have 2 minutes to connect the charging cable to their cars after selecting the charting stall number in the app. The company also stated that only EVs with CCS connections could use Superchargers during the pilot stage.

Earlier this year, Elon Musk shared that Europe, China, and most parts of the world use the same connector, so opening the Supercharger Network would be “fairly easy to do.” Recent videos, like the one discussed above, and pictures reveal that is pretty much the case with the open Supercharger Network in the Netherlands. Musk said that an adapter would be needed for EVs in North America.

“So we developed our own connector, which in my opinion actually the best connector. It’sIt’s small and light and looks good. So an adapter is needed to work for EVs in North America. But people could buy this adapter. And we anticipate having it available at the Superchargers as well if people don’t sort of steal them or something,” he said.

Check out Telsa’s open Supercharger stations in the Netherlands below!