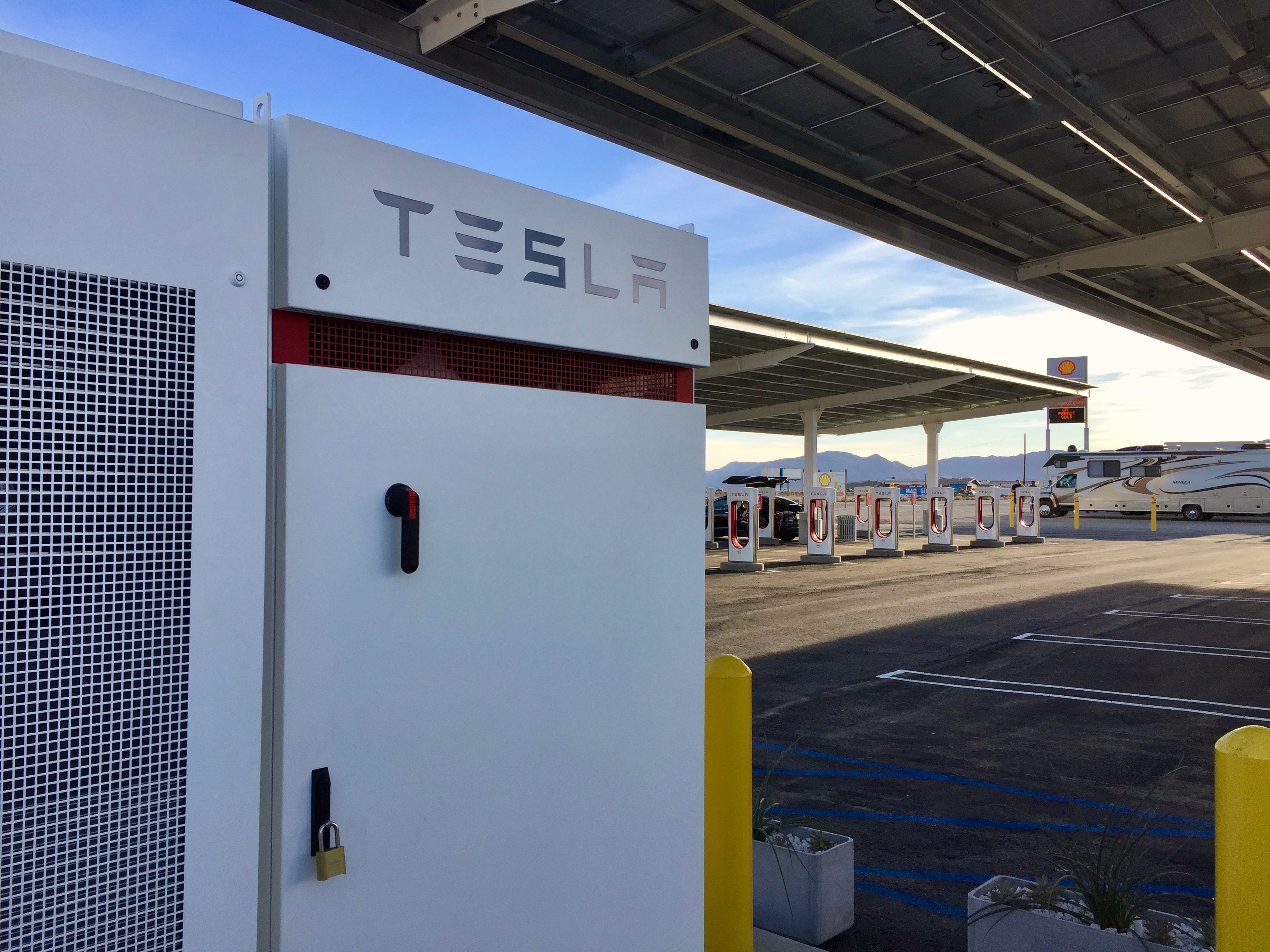 Tesla Superchargers will have Powerpacks to help with outages, says Elon Musk

After Pacific Gas & Electric (PG&E) has started to shut down energy up to 800,000 homes across the Bay Area, Tesla CEO Elon Musk announced earlier today that he would begin installing Tesla Powerpacks in the areas that are to be affected by outages.

“All Tesla Supercharger stations in regions affected by California power outages will have Tesla Powerpacks within next few weeks. Just waiting on permits,” the CEO said on Twitter. The Powerpacks would supply energy via Tesla battery cells that would help owners charge their vehicles at Superchargers within the affected area without gas or electric.

All Tesla Supercharger stations in regions affected by California power outages will have Tesla Powerpacks within next few weeks. Just waiting on permits.

Tesla added some messages of precaution at the beginning of the day to its app, stating “A utility company in your area announced they may turn off power in some areas of Northern California beginning October 9 as part of public safety power shutoffs, which may affect power to charging stations. We recommend charging your Tesla to 100% today to ensure your drive remains uninterrupted.” They went on to recommend using Range Mode on the Model S and X in order to maximize battery performance.

The outages by PG&E will help prevent the start of forest fires as the dry, windy season approaches. PG&E power lines have caused wildfires because of wind in the past, so the company is taking every necessary precaution to ensure it will not happen again.

Many areas across the country install Tesla Powerpacks in order to help fight periodic power outages. In fact, Tesla recently installed a Powerpack battery on Nantucket Island, Massachusetts. The system will help prevent outages during the tourist season in Massachusetts when the energy usage doubles.

Also adding Tesla Solar to our Supercharger stations as fast as possible. Goal is 24/7 clean power with no blackouts.

Tesla Superchargers will have Powerpacks to help with outages, says Elon Musk