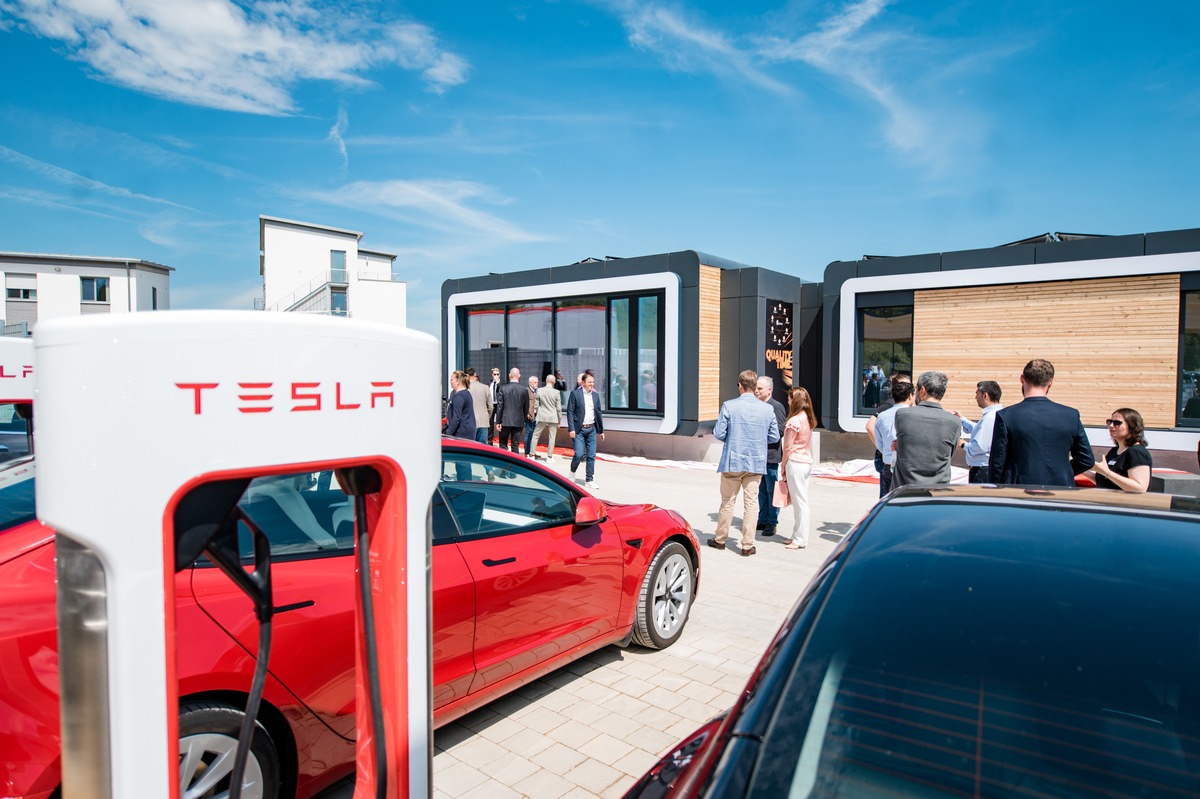 Tesla Supercharging Qubes will soon be all over Europe. bk World opened the first location in Endsee, Germany.

bk Group installed the cube and according to the video, this is just the first of many to come for Europe. The company described it as the service station of the future and opened the first one in Endsee, Germany

bk World founders, Gerold Wolfarth and Marc Arnold shared that the idea for bk World was born during a charging stop late at night. In June, the first location was opened at the Tesla Supercharger Park in Endsee, Germany.

These Tesla Supercharging Qubes are a lounge for drivers who can do more than just charge their cars. They can eat, relax, and use the restroom if needed. Arnold shared more about the inspiration behind bk World

“The whole idea for bk World was conceived from the user perspective. In other words, as the driver of an electric car, what is it that I really need during a charging break?”

bk World designed Qubes, which it defines as modular, modular, transportable room elements that can be combined in a number of ways to meet a wide variety of space requirements on site.

They can be assembled, disassembled, and even relocated if need be in a short time. The smallest version is a bathroom Qube which takes up around 50 meters.

Wolfarth pointed out the ease and convenience of the cubes.

“With bk World, charging park operators no longer have to rely on existing infrastructure. We simply come to wherever a charging park has been set up. All we need is a connection for water, wastewater, and electricity, which means we can put our lounges in practically any location.”

Out of Spec Reviews shared a detailed look inside one of these Tesla Supercharging Qubes in Germany. Out of Spec Reviews pointed out that the lounges would be great for travelers who are charging in rural areas. You can watch their review below.