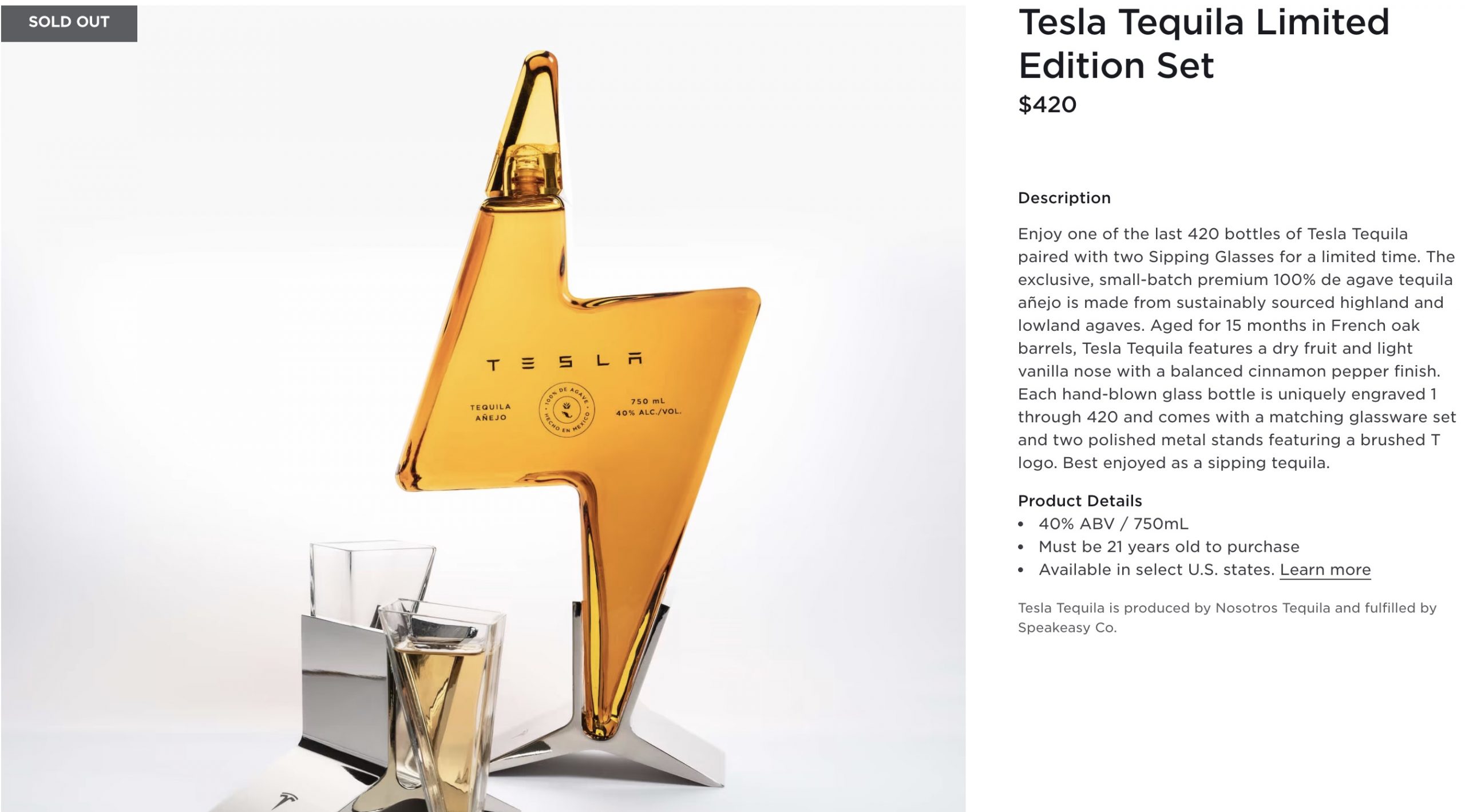 The limited-edition Tesla Tequila set was spotted in the company’s official online shop shortly after the TSLA Q1 2020 earnings call.

The Tesla Tequila bottle contains 750mL of tequila with 40% ABV. According to the support page, each customer was limited to only one bottle per purchase. Although, some buyers have mentioned purchasing more than one limited edition set.

The lightning bottle and glass set were sold for $420, recalling the infamous words Elon Musk tweeted a few years ago. In August 2018, Musk tweeted that he was thinking of taking Tesla private at $420. Ever since Musk’s tweet, 420 has become an inside joke among people in the Tesla community — although many people might know of it by now. Incidentally, Tesla Tequila started out as an April Fool’s joke.

The Tesla Tequila limited edition set references the inside joke at least twice. First, there’s the price. Second, there were precisely 420 limited edition sets made, each one engraved 1 through 420. The buyer that receives the 420th set would have hit the jackpot.