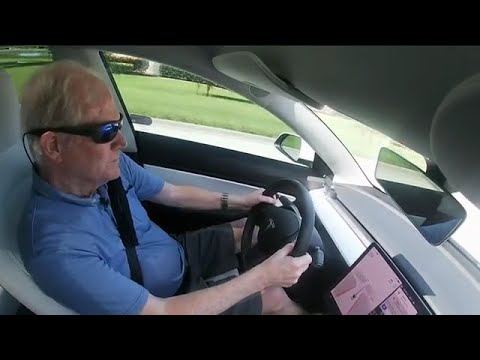 Todd Muncie, the owner of a Tesla Model 3, is doing some good in his community. Meals on Wheels is a nonprofit organization that addresses the hunger and isolation of senior citizens. It serves almost every community in America.

In Todd’s community, the rising cost of gas prices is proving to be a challenge for volunteer drivers. As a Tesla owner, Todd doesn’t have this problem and he’s stepped up to help his community.

Tesla Todd Is Making A Difference

He’s affectionately known as “Tesla Todd,”. Todd told NBC-2, “I’m not saving the world but I’m doing a little. I’m taking my teacup out of the ocean.”

He explained that his wife was encouraing him to find an organization to volunteer for and they found Meals on Wheels.

“You get to drive your car more and, you know, do something good.”

Some of Todd’s fellow volunteers are struggling with the high costs of gas and these high prices are impacting Meals on Wheels negatively. The nonprofit delivers food to the elderly who can no longer purchase or prepare their own meals.

1 Out Of 15 Seniors Face Hunger

In addition, some seniors are more likely to face hunger due to racial and economic inequality, have low incomes or have a disability.

NBC-2 noted that Todd, who has become an electric driving angel for Meals on Wheels, and his “self-driving assistant” had brought hundreds of meals to the needy and homebound.

“It doesn’t get noticed that much but when it does, you know, I get a million questions,” Todd said.

“He’s very passionate. He’s technically savvy. He sends me more information than I can’t absorb but I appreciate his passion for it.”

Todd explained that he is fulfilled by the satisfaction of brightening somebody’s day.