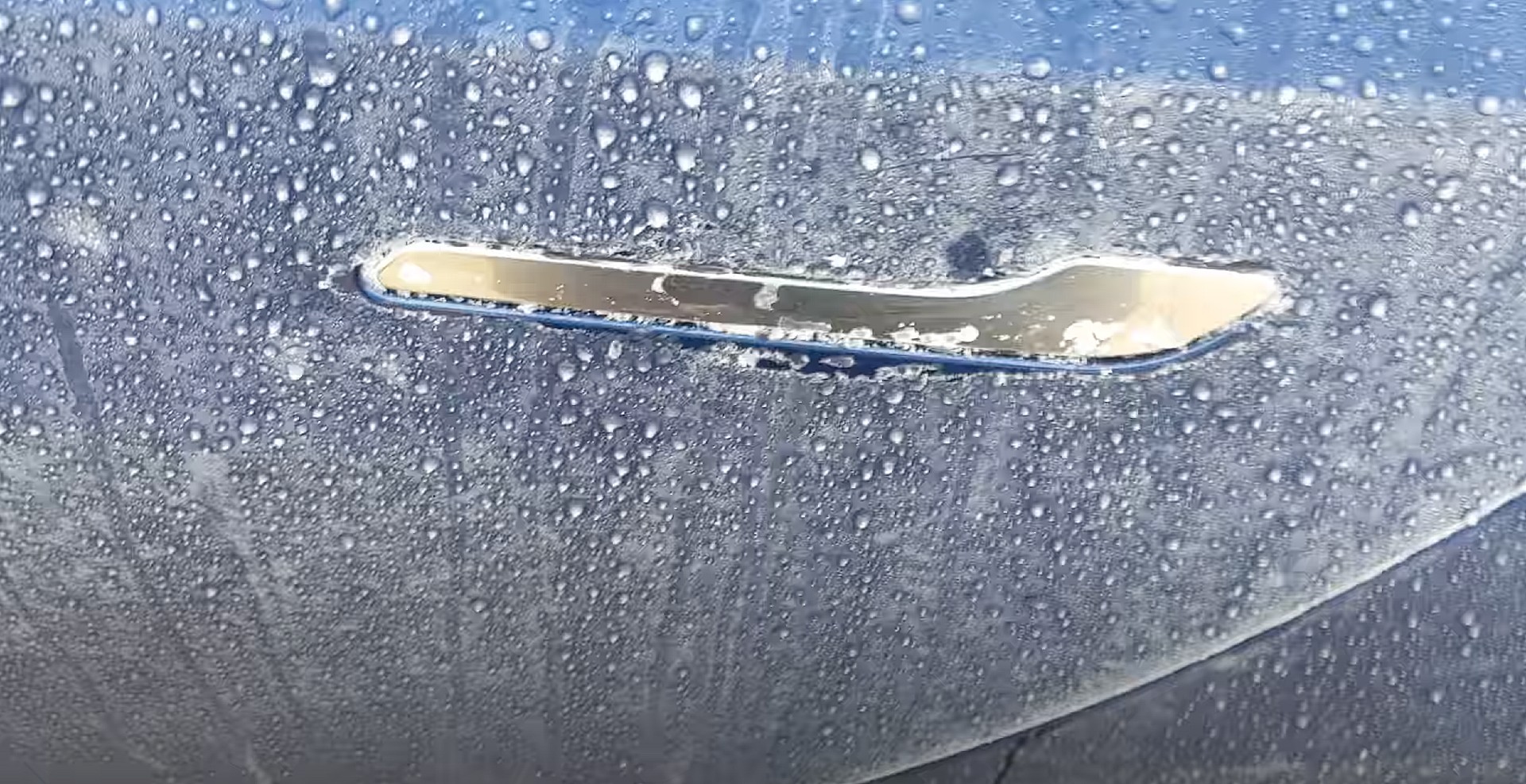 Tesla is helping owners in colder climates combat the issue of frozen door handles with a clever new in-app feature that will unlatch them.

Tesla rolled out an update for its Smartphone application late last week, with a new “Unlatch Door” feature that will help open the door with the touch of a button.

Initially shared by Tesla owner Trevor Page on Twitter, the function now appears in the app to help resolve the common issue.

New unlatch driver’s side door feature in Tesla app 4.14.0. Add it to quick controls for winter if your door handles are frozen .@elonmusk pic.twitter.com/NWGmtsqWi5

In colder climates, Tesla owners have complained about Model 3 and Model Y-styled door handles becoming stuck and frozen, making it difficult to get inside the cabin. Owners have come up with some pretty innovative and clever ways to access the vehicle prior to the software update. Page actually detailed a strategy he used to fight the cold Canadian winters he has dealt with for his entire life back in 2020 when Tesla released the Preheat Feature, which helped defrost cameras, door handles, and charge ports.

Tesla also designed early Model Y door handles with the ability to be pressed on both sides, which would help free the handle from ice that could prevent it from opening properly. Tesla also installed a heated charge port on the Model Y, which helped keep the door warm and prevented issues when frozen.

When pressing the button in the Tesla Smartphone app, the door will simply prop open, alleviating the need to even touch the frozen door handles and potentially cause damage. A video of the feature was shared by Tesla Info on YouTube (via NotaTeslaApp), and is available below.