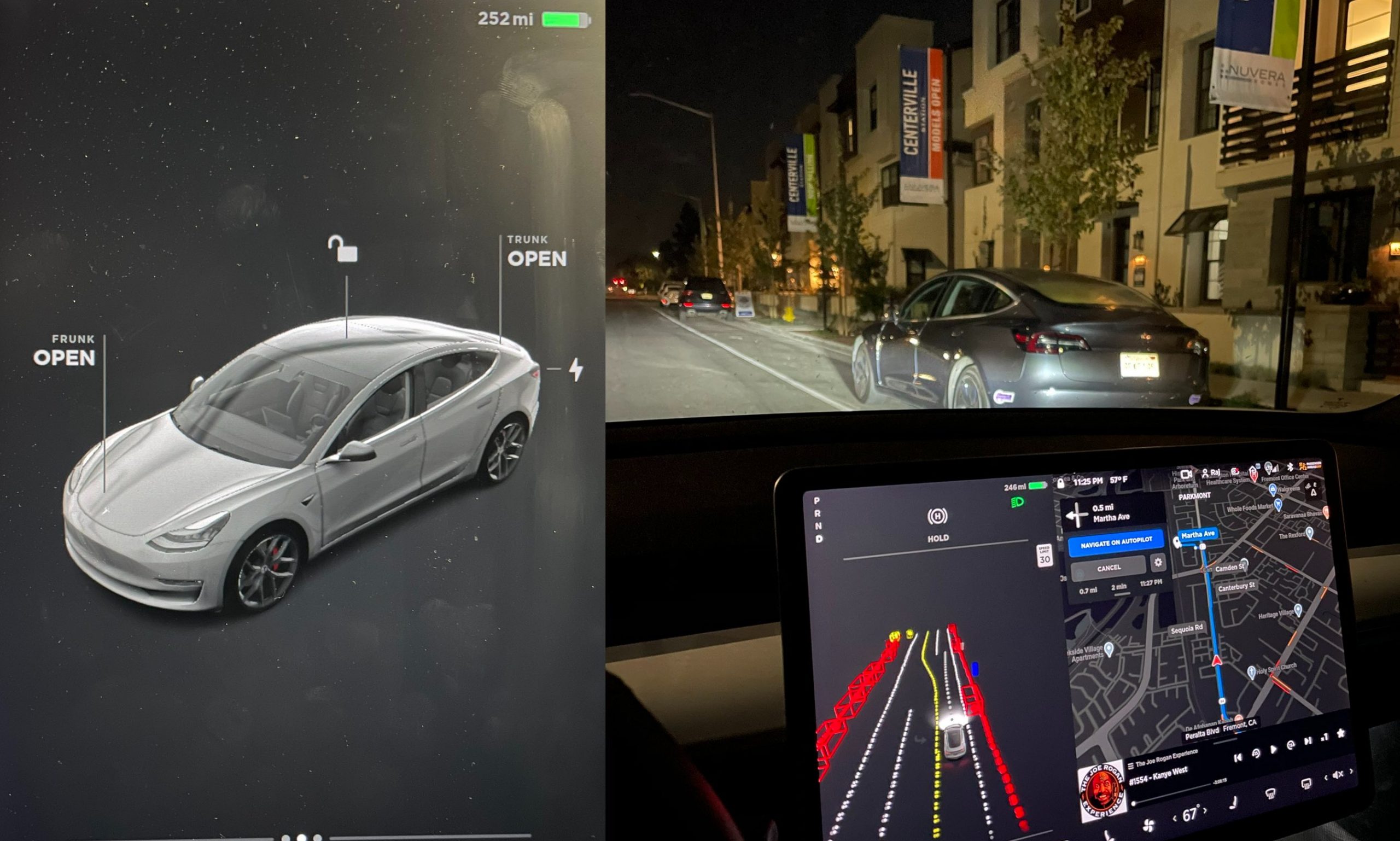 Tesla has started rolling out software version 2020.40.8.12 to users of the company’s limited Full Self-Driving beta, and based on observations from the EV community, it appears that the update includes a new UI that is optimized for the operation of the FSD suite. This is evident in the UI’s larger space for FSD’s driving visualizations, as well as its smoother, vector renders for driving paths, objects, and streets.

Images of Tesla’s new UI were shared by limited FSD beta user Tesla Raj, who seemed to be among the first Model 3 owners who received the update. As noted by the Tesla enthusiast, immediately noticeable was the larger space allotted for visualizations. This is especially striking when the vehicle is in Park, as the Tesla avatar on the display has now gotten considerably larger and more detailed. The animation when opening the trunk, frunk, and doors is now smoother as well.

The changes in Tesla’s UI does affect the layout of the center display. With a larger space allotted for driving visualizations, the area for the map has been reduced. The Tesla “T” logo at the top of the display has also been removed. Whether this would be popular among Tesla owners is up for question, though it is evident that the change was made with regards to the growing functionalities of the Full Self-Driving suite. Tesla explained this in its Release Notes for 2020.40.8.12.

The driving visualization has been improved to better support Full Self-Driving capabilities by increasing the display size to show additional surrounding information. The next turn will now appear above the visualization if the navigation turn list is covered by another app.

With the larger visualization, select items have slightly moved but will continue to look and behave the same. Some notable differences include the following:

What is rather interesting is the fact that the improvements being introduced to the Full Self-Driving beta have been coming at an incredibly rapid pace. Since rolling out to members of the limited FSD beta just over a week ago, the system’s capabilities have already started exhibiting more refinements. This was observed by the Tesla Owners Silicon Valley group, who asked how the new update and UI could enhance FSD’s actual performance on the road. In a response, Musk stated that the update may result in fewer interventions.

“We measure this primarily in intervention probability. This update addressed several issues, resulting in perhaps ~1/3 fewer interventions. Many of the improvements consist of fixing silly bugs vs grand eureka moments. True for most beta releases in my experience,” Musk wrote.

Elaborating further, Musk explained that as Full Self-Driving improves, the faults that will be experienced by the system will likely decrease significantly. The CEO explained that while FSD’s faults would never be zero, there will eventually be a point when its probability of faults will be notably lower than that of an average human driver. Musk added that the updates to the limited FSD beta would be quite rapid as well, with new improvements being rolled out every 5 to 10 days.

Watch a first look at Tesla’s new UI and driving visualizations in the video below.