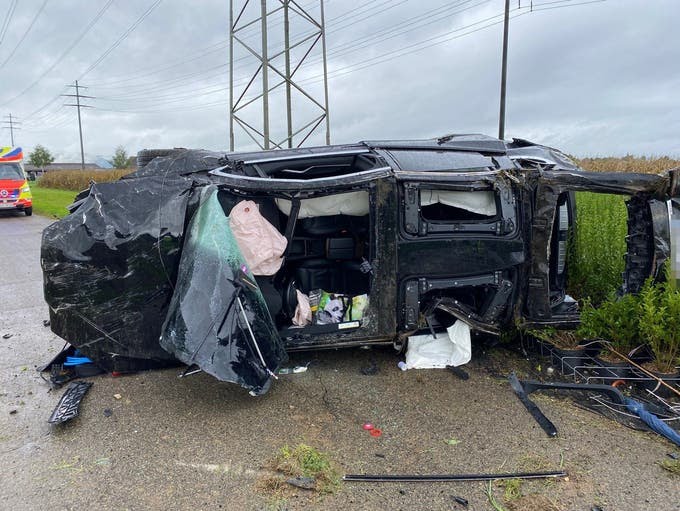 Elon Musk has stated that every part of the Tesla Model X was designed with safety as the first priority. This was proven recently when a family of four survived a horrifying crash near Möhlin in Switzerland with only minor injuries.

The incident happened Sunday morning, around 10:45 a.m. on the A3. According to reports of the accident, a family of four was traveling in their Tesla Model X in the direction of Basel when they left the road. The all-electric SUV ended up breaking through a wildlife fence and down an embankment.

This resulted in the Tesla Model X flipping over several times before coming to a halt lying on its side. Images of the accident were horrific, as the vehicle was so damaged that it didn’t look like a Model X anymore.

As noted in a report from Kanton Aargau, authorities who responded to the accident immediately saw that there were children in the Model X. Fortunately, or nearly miraculously, police and emergency responders found the 47-year-old driver, his 39-year-old wife, and their two children, six and nine, responsive.

A rescue helicopter was deployed to the site of the accident, and the mom and children were flown to Basel University Hospital. The driver of the Model X was taken to a medical facility in Liestal. All four only had minor injuries, as per initial reports.

The Tesla Model X that the family was in is completely totaled. However, such losses are definitely worth it, considering that the vehicle was able to properly protect its occupants despite the severity of the crash.