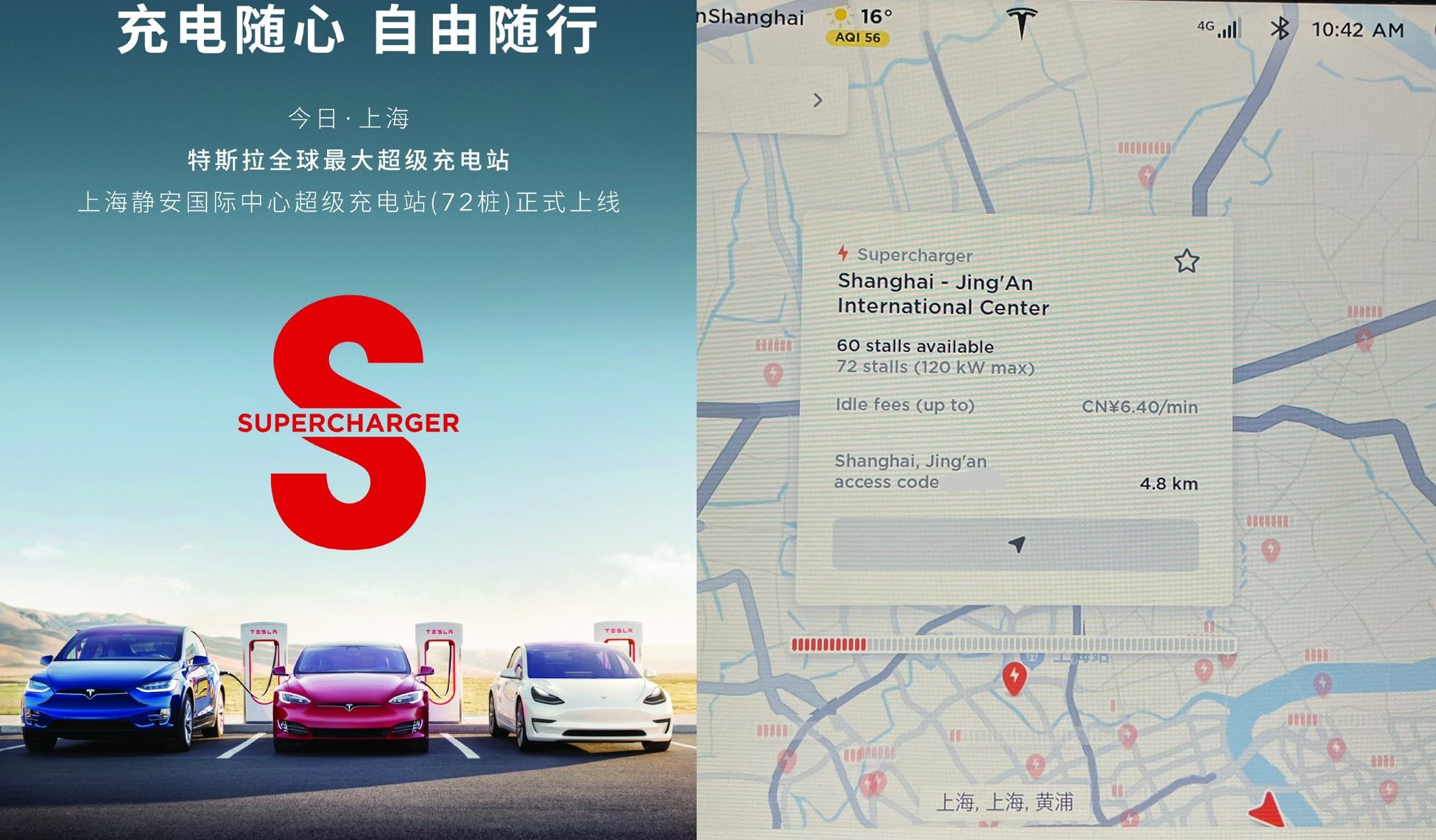 Tesla has gone live with its largest Supercharger yet with 72 rapid charging stalls in Shanghai, China. Based on observations from Tesla owners in the area, it appears that the site includes V2 Supercharger stalls.

The update on Tesla’s largest Supercharger was shared on Twitter by owner-enthusiast @JayinShanghai. The Tesla owner shared a screenshot from his vehicle showing that the 72-stall Supercharger station was built at the Jing’An International Center.

Tesla China is currently ramping its Supercharger Network. Earlier this month, the EV manufacturer went live with 29 new Superchargers in one day, several of which were V3 stalls. This should help prepare China and its key cities for the inevitable arrival of Teslas next year, when the Model Y starts production at Gigafactory Shanghai.

Even more remarkable is that Tesla’s Supercharger ramp in China has yet to hit its stride. The company is still in the process of building a dedicated Supercharger production facility a few kilometers away from Gigafactory Shanghai, which should allow for the creation of about 10,000 Superchargers per year. With such a facility in place, Tesla Superchargers could soon be ubiquitous in China.

Elon Musk has noted that Tesla Superchargers could be made accessible to other electric cars. This should accelerate the adoption of all-electric vehicles, considering that the Supercharger Network is one of the fastest and most reliable fast-charging systems in the market.