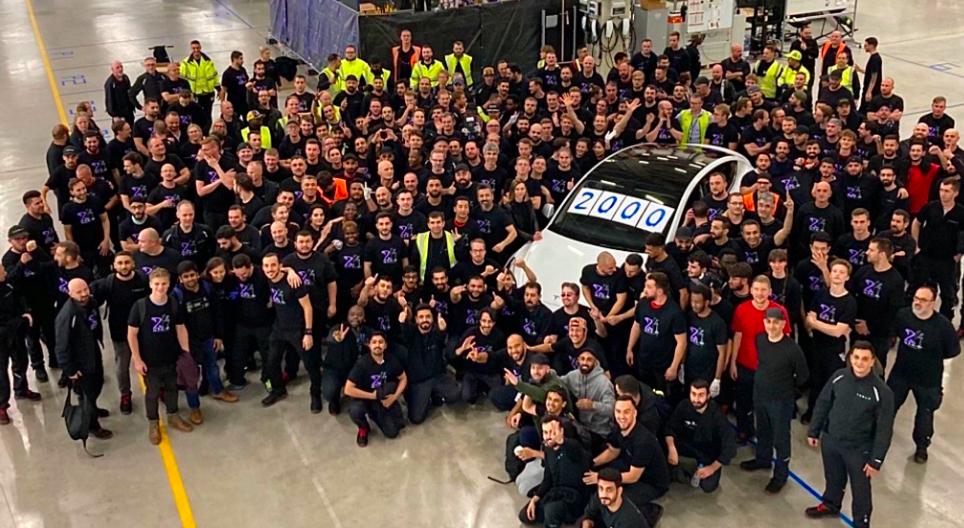 Tesla’s Giga Berlin is the largest private employer in Brandenburg

Tesla’s Gigafactory in Grünheide is now the state of Brandenburg’s largest private employer, RBB reported citing its own research. Currently, around 7,000 from over 50 countries work at Giga Berlin which reflects a growth of 3,000 employees since May.

Following Tesla, the mining group, LEAG, has the second highest number of employees (4,300). Rolls Royce in Dahlewitz, BASF in Schwarzheide, and the PCK refinery in Schwedt round up the top five largest employers in the area.

Despite the record growth in employees, Tesla is still growing its workforce with plans to employ up to 12,000 people at Giga Berlin. Tesla aims to produce 500,000 vehicles per year so the growth makes sense.

In September, Tesla welcomed 120 apprentices and students at Giga Berlin in a post on LinkedIn. Tesla said that it was delighted to see so many young people beginning their careers at Tesla. It added that this makes Giga Berlin the largest training facility in Brandenburg.

Tesla’s often partnering with colleges and universities to recruit students for its workforce. Here in the U.S., Tesla recently just partnered with the Western Nevada College to train 62 Tesla employees through the college’s Manufacturing Technician program.

Tesla’s Giga Berlin is the largest private employer in Brandenburg