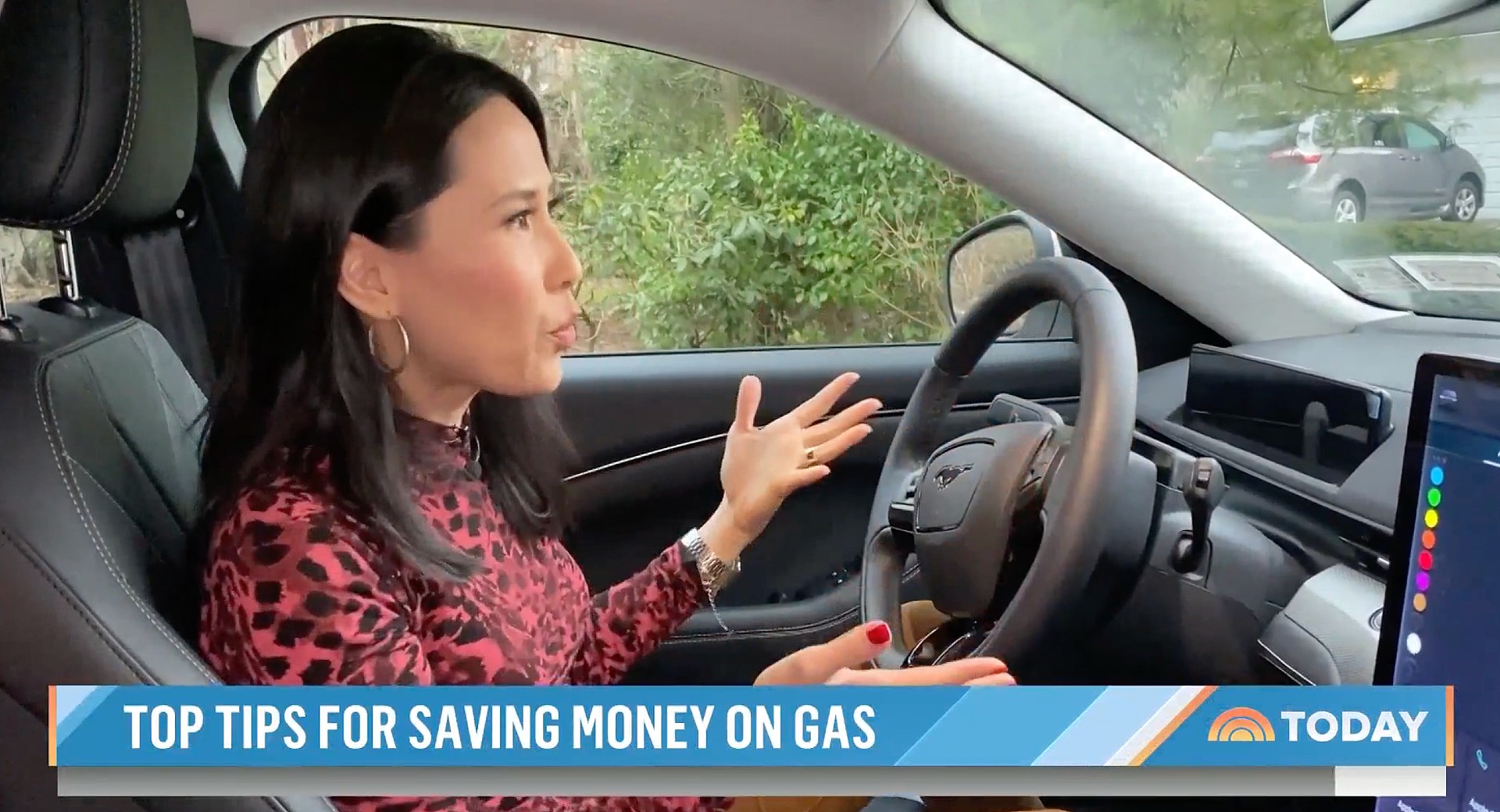 The Today Show released a helpful segment during this morning’s broadcast, showing tips on how consumers can increase gas mileage as prices at the gas pump are reaching record levels. However, the piece had one massive mistake: the tips were demonstrated from the cabin of a Ford Mustang Mach-E, an all-electric vehicle that requires no gasoline to travel.

The Today Show segment is titled, “How to get the most out of a tank of gas,” and NBC senior consumer investigative correspondent Vicky Nguyen showed simple tips to stretch gas mileage and avoid skyrocketing prices at the pump. The tips were simple and should be utilized by anyone driving a vehicle, let alone a gas one, to increase the traveling distance between fill-ups or charges.

Nguyen’s tips were helpful for those who drive combustion engine cars. Nguyen explains that tire pressure levels should be kept at the manufacturer’s recommended specifications, excess weight should be removed from the car, especially in the trunk, and, in a gas car, idling for more than ten seconds at a stoplight could warrant a complete engine shutoff. The only problem is NBC showed these tips on an all-electric Ford Mustang Mach-E.

Ironically, consumers who drive a Mustang Mach-E should still follow these tips for safety and range. However, NBC showed the best way to increase gas mileage and safety without even realizing the vehicle they were using was just one of many examples of how consumers can avoid the pump these days.

Gas prices have skyrocketed over the past few weeks due to the emerging crisis between Russia and Ukraine. Russia is the third-largest oil producer globally, behind the United States and China. During the past few weeks, Russian actions have resulted in a substantial increase in gas prices. Patrick De Haan, head of petroleum analysis for GasBuddy, a gas price app, said (via Car and Driver), “To make it implicitly clear, this is the cost of bipartisan sanctions on Russia for their war on Ukraine. ($4/gallon) was unlikely to have happened without Russian action.”

As for the Today Show’s example of gas-saving with the Mustang Mach-E, it only shows there still may be widespread confusion regarding what an electric vehicle is. In 2020, a news segment mentioned the “Tesla Model 7,” a vehicle that does not exist. A 2019 Ford study showed that 42 percent of people still thought EVs needed gas to operate. While this study is likely obsolete due to the influx of electrified vehicles that have hit the market in the past several years, the Today Show segment still shows there is confusion regarding EVs.

The full Today Show segment is available below.