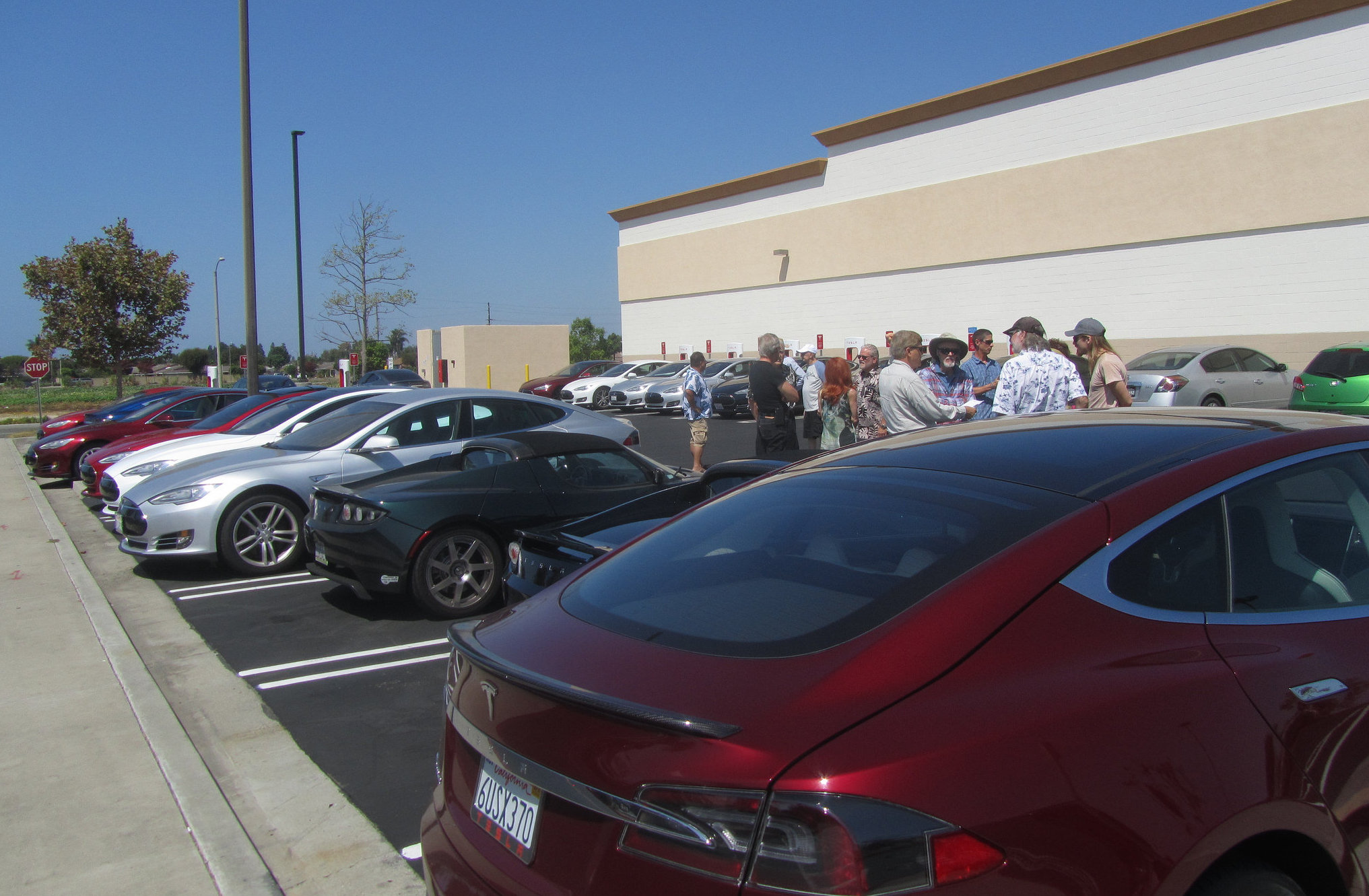 In a perfect world of shiny, happy, Tesla folks just knowing and practicing good etiquette would alleviate Supercharger congestion. But as we hear at least once every major travel holiday, some locations do experience congestion. To add to my previous post on 5 rules for proper use of the Tesla charging network, here are 5 ideas for how to alleviate Supercharger congestion that Tesla could themselves take.

An idea that is not as obvious, but that already been thought of, is to employ attendants at busy locations. This attendant can easily serve as a valet, moving cars when they have reached their desired state of charge. More than that, the attendant can serve as a psychological reminder that ‘hey, these chargers are in demand, so I’d better take only what I need and move along.’ From my understanding, the current model dictates that the attendant not act as a valet, meaning they do not take keys or move cars. Expanding this idea to allow it could certainly help to alleviate any congestion that is caused by users not getting back to move their cars by the time they have reached their desired state of charge.

Below is an example of how Tesla has partnered with Luxe to provide on-demand valet service. Surely this could be something they could also incorporate at Supercharger locations.

I certainly can’t take credit for this, as I’ve heard it mentioned on the Tesla forums, but one idea is to dedicate a number of stalls as express stalls. These express stalls would include clear signage that indicates a time limit. 20 minutes, for example, could mean that those who intend a quick charge use those stalls specifically and those who need a quick charge wait in line for the express stalls. This would require an honor system, which certainly has its drawbacks, but again could serve as a psychological reminder that there is a demand for use here and occupying a space longer than you need it may inconvenience others.

Speaking of Tesla’s plethora of data, they could also publish peak days and times for each Supercharger location. Memorial Day Weekend trips to the beach or the lake should go without saying, but certainly it can’t hurt for folks to be able to look up the busiest times for charger locations they plan on using. If you learned that a one hour adjustment to your travel plans would likely avoid a wait for a charger, you may very well adjust. Spreading out use away from peak times could benefit everyone. Not to forget Tesla’s incredible OTA software updates and software prowess in general, let us consider in-navigation communication to other owners. That is, once the car knows you are parked very close to a Supercharger, there is an ability for you to answer ‘Yes’ or ‘No’ to the simple question of whether or not the stalls are all in use. If you select ‘Yes’ those currently plugged in will get a notification on their app that says others are waiting to charge. This notification needn’t be any more complex than the one that notifies you that you have enough charge to move on. I’m not even talking about enforcement here, just information that the receiver can choose to use or ignore. I’ve only ever encountered a full 8-stall location once. When I plugged in, there were at least 5 open stalls. When I returned to my car (a reasonable charging time later) all were full. No one was waiting but it goes to show how quickly a wait could have formed. Someone who takes longer to get back to his or her car because the location seemed empty may very well rush right back if they found out it was full.

And last but not least, building more Superchargers is no doubt the most obvious solution. Tesla has done an excellent job of this, with 266 locations open in the United States as of June 1, 2016 and 18 under construction. Many major routes have been enabled, which speaks to the oft-repeated premise that the charging network is meant to enable long distance travel. “Freedom,” as Elon described it in the 2016 shareholders meeting, is the ability to go anywhere and not be tethered to your charging location. What’s less obvious is what I mean by building more. One of Tesla’s many competitive advantages is data. Fleet learning with Autopilot is a great example. We already know that the company has insight on which chargers get the most use. Logic says expand those locations, just as they have in Newark, Delaware. I implore they take it one step further and make use of a precious resource: current owners. Send a quick email to every owner who charged in Cabazon, CA this weekend, for example, and ask where they traveled to and from. Make the email a very easy-to-complete survey and leave an open comments space for location suggestions. It may not be practical to add more stalls at some of the most popular locations, but maybe there is another location along the same travel route that can be built.

Which of these options sounds good to you? Take the poll below to see what others are voting on: