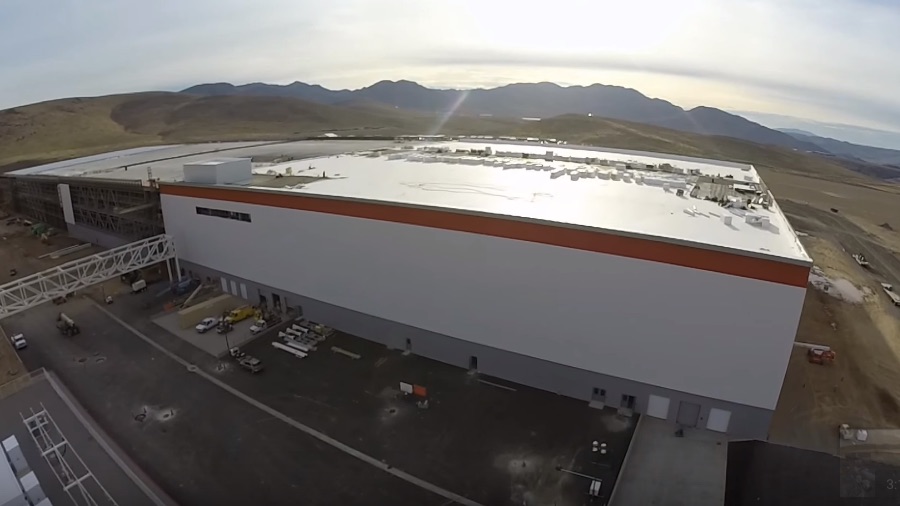 It’s no secret that Tesla’s $5 billion dollar Gigafactory 1 located just east of Reno, Nevada will be a critical component to the company’s goal of scaling mass production of batteries for its upcoming Model 3 and Tesla Energy product line. We know the Gigafactory will be one of the largest buildings in the world projected to occupy 13.6 million square feet, and we know the factory will be powered by renewable energy sources, with the goal of achieving net zero energy. However, construction permits filed by Tesla provide even more interesting insight to Gigafactory 1 that you may not already know.

Here are the top 6 tidbits of Tesla’s Gigafactory as revealed through building permits received by Tesla. Information is provided courtesy of analyst Jack Cookson of BuildingZoom.

Construction permit #0934363 indicates that the $51 million dollar “Battery Cell Manufacturing Equipment Installation” project is estimated to be complete on July 20th. This means that attendees of the highly anticipated July 29 Gigafactory ‘Grand Opening’ event may actually have the opportunity to see battery cells being manufactured.

Tesla filed for building permits themselves as opposed to using a General Contractor. According to a report put together by Cookson of BuildZoom,

“Something we found different about this project is that Tesla filed the majority of their own building permits and is actually the contractor for the project. This means, that Tesla had to acquire a contractor license in Nevada and has taken on far more work than if they had just hired a General Contractor.”

This may not be such a bad idea considering Tesla’s recent involvement in a foreign worker scandal under poor supervision and management by factory sub-contractors.

3) Tesla’s Gigafactory is designed for earthquakes

Most buildings rest on a single foundation, however the enormous rectangular shaped Gigafactory rests on four individual foundations. This is designed so that each section of the building can shift independently of one another in the event of an earthquake.

Tesla received a permit to expand the Gigafactory with a 4th Area ‘D’ and 5th Area ‘E’. The $63 million dollar D and E project is scheduled to be complete by the end of the year. Tesla’s enormous Gigafactory is currently only 14% of the total planned floor space, but will reach an astounding 13.6 million square feet when complete. Overhead view of Area ‘D’ captured by drone in April 2016

5) Tesla donated a fire truck to the local fire department

Tesla spent a total of $4.7 million dollars on fire safety, including a permit for a fire command center. Part of that included a donation of a fire engine to the local Storey County, Nevada fire station.

1 of the 84 permits filed indicates that the Gigafactory will have a giant chiller yard which will presumably be used for testing batteries while keeping them in a cool state.

The factory also has a a 1.5 million gallon water tank on site that is more than twice the size of an olympic sized swimming pool. Details within the permit do not indicate what this water tank will be used for.