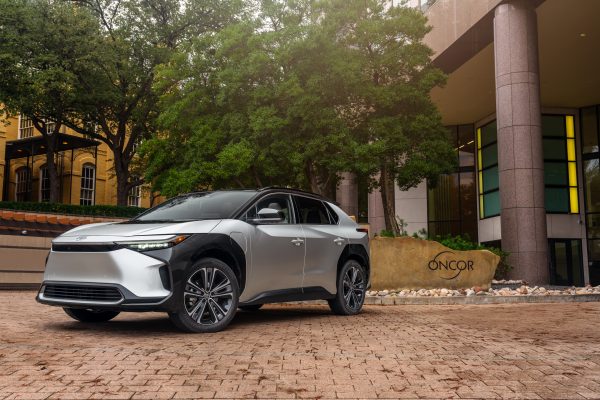 Toyota has announced that it will work with Oncor, a Texas-based electric utility, on vehicle-to-grid technology that may compete with Tesla’s Virtual Power Plant.

Tesla has sparked new interest in energy products since its launch of the Tesla Powerwall. The battery’s simple operation and obvious benefits to consumers have attracted numerous customers. This interest has, in turn, attracted new competitors, such as Toyota, who just this year announced its own energy storage solution. Toyota has now doubled down and will collaborate with an electric utility in Texas to offer customers vehicle-to-grid technology.

While Toyota’s vehicle-to-grid solution may sound quite different from Tesla’s Powerwall and associated Virtual Power Plant (VPP), the products sound quite familiar after reading the Japanese auto giant’s press release. The proposed new offering would allow customers to send their energy, in this case from their car, back to the grid during times of high demand or grid damage.

Toyota emphasizes that initially, this offering will be a pilot research program that will lead to a more extensive system, “[allowing] Toyota and Oncor to be better prepared to support the broader EV charging ecosystem in the United States.” The system will be tested at Oncor’s grid testing facility south of Dallas, Texas. Shortly after that, in 2023, a more public testing phase begins within Oncor’s service area in Texas.

Toyota did not specify when the program would be available for wider release or if the program would be dependent on making deals with utility companies. However, if Toyota’s program is anything like Tesla’s VPP program in Texas, each area would likely require some cooperation with the local utility provider.

“We envision a future where Toyota BEVs provide a best-in-class mobility experience, but also can be utilized by our customers to power their homes, their communities or even power back the electric grid in times of need,” said Christopher Yang, group vice president of Toyota Electric Vehicle Charging Solutions team. “Our collaboration with Oncor is an important step for us to understand the needs of utilities, as we plan to work closely with them to ensure every community can embrace Toyota’s shift to electrified vehicles.”

While the Toyota V2G program is not a perfect competitor to the Tesla VPP, especially considering the vehicle cannot always be plugged into the grid, it may be able to offer a reasonably similar experience at a lower price point. And better yet, it may even be a system that could be implemented in urban areas, such as parking garages, where a group of vehicles could help stabilize the nearby grid.

Vehicle-to-grid technology is an auspicious new feature that will likely attract countless consumers as they transition to electric vehicles. As shown by the Ford F150 Lightning’s vehicle-to-load capability, customers are willing to pay for the extra capability, especially if they don’t have to purchase a secondary battery akin to Tesla’s Powerwall. It will be interesting to see how Toyota’s new program influences buyers in the coming years.