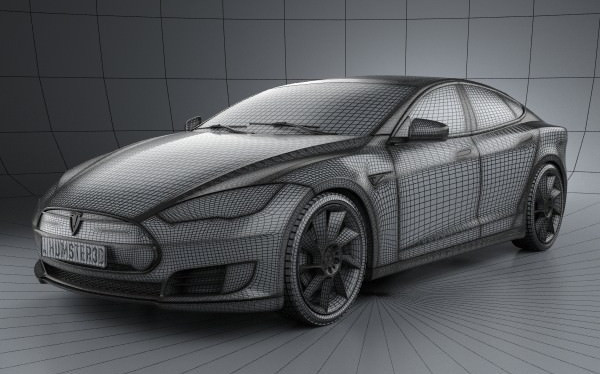 Tesla Motors has released some information on what the third-generation Tesla ‘Model E’ may be like. It’s a safe bet to say that the lower priced Tesla will be tuned down, aesthetically and technologically, and rival premium entry level EVs from BMW and Audi.

A tuned down Tesla Model S

Chris Porritt, vice-president of engineering at Tesla Motors has hinted that their anticpated 2016 mid-size electric car would not sport the stunning aluminum chassis the Model S and X use. According to Porritt, the third-generation Tesla will use “appropriate materials” which means heavier metals will be sneaking in. Still, Elon Musk said the new Model E will be around 20 per cent smaller than today’s Model S, and to a certain extent, we can assume lighter. In fact, Porritt expects little will be carried over from the Model S platform. Tesla needs to be cost-effective if it is to make the Model E a resounding success. We can expect steel, metal bonding and riveting, instead of the beautiful aluminum welding job on the Model S. Porritt did drop another hint as to the Tesla strategy: “If you get the car right, it doesn’t matter that it’s electric,” This point has already been made with the incredible success of the Model S, chosen by dozens of reputed car magazines as one of the all-time greatest cars ever made. The Model S out sells any other car in its price category.

As far as styling, we can deduce that the Model E won’t be as striking as the Model S. This will be probably due to keep it affordable and cost effective. He was quoted saying: “People don’t want to look eccentric. [referring to the Nissan LEAF] They want to have pride in their car’s looks. Our biggest advocates are our [existing] customers,”. This is an interesting change of direction for a company that brought us a stunning luxury electric sedan that will now have to cross a soon-to-be crowded frontier. The question is, how will Tesla differentiate itself from other carmakers here?

Lastly, the price is the single most intriguing point. How much will the Model E cost? So far, Tesla promises it will rival a BMW 3-series and Audi A4, which are currently priced at $33,000 for the BMW and roughly $34,000 for the Audi.

Tesla has to meet difficult targets with the Model E. It needs to show that it will deliver on something it promised since day one, an affordable, mass-produced EV at around $35,000. It will also need to have sufficient range, at least 200 miles and be aesthetically appealing in order to not alienate buyers. If Tesla Motors meets all three of these criteria, while being cost effective, it will once again prove mainstream carmakers can do better.