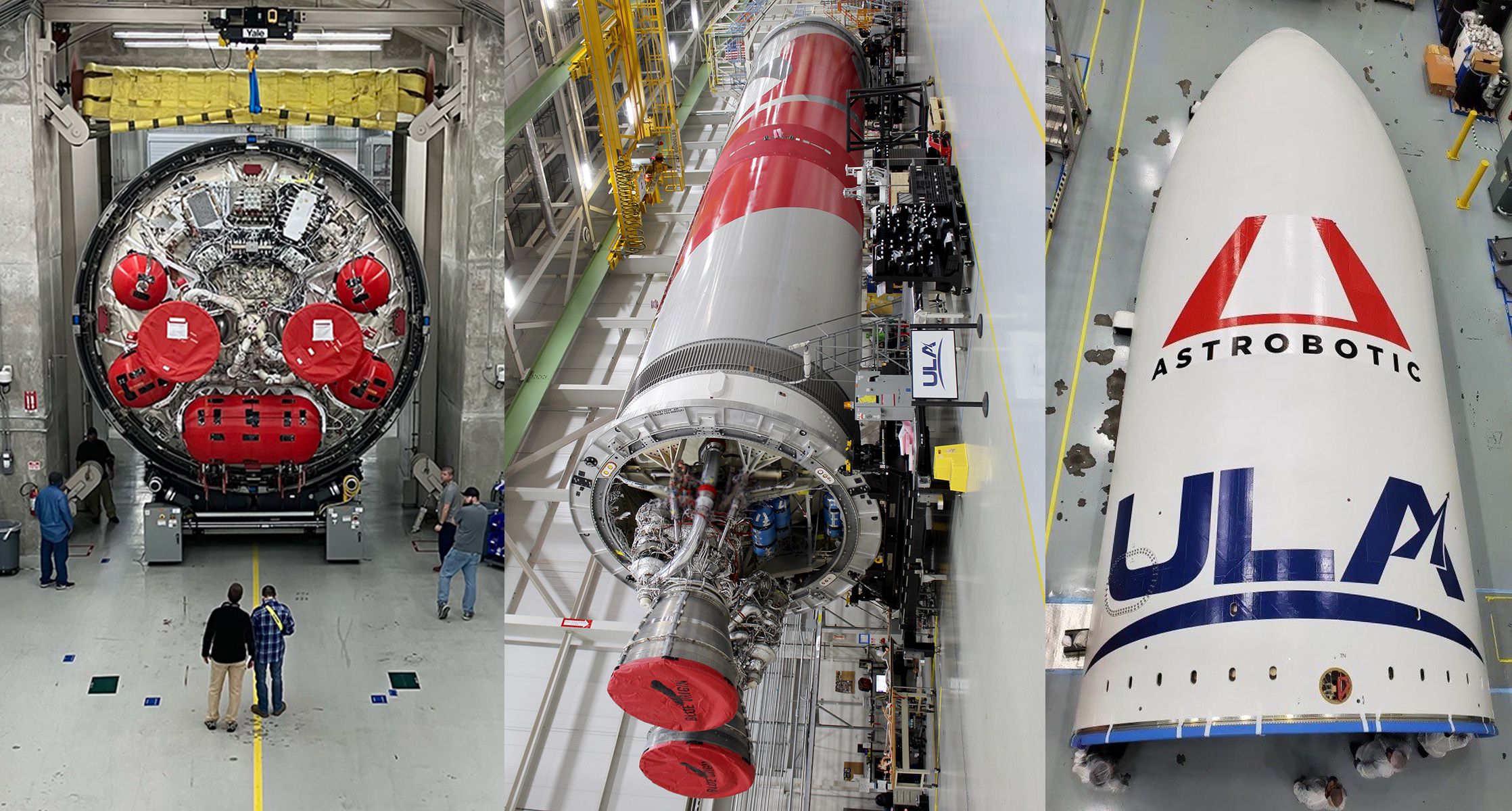 After many years of delays, all the parts of the United Launch Alliance’s next-generation Vulcan Centaur rocket are about to converge on Florida for their first launch.

Unveiled in 2015, ULA has been working on Vulcan Centaur since at least 2014. Following Russia’s first illegal invasion of Ukraine, countries around the world attempted to punish the aggressor mainly through economic sanctions. In the US, those sanctions included bans on the import of most Russian aerospace technologies, including the RD-180 engines that still power ULA’s Atlas V workhorse rocket in 2023. In 2014, ULA announced that it would work with Blue Origin to integrate the startup’s BE-4 engine into a new rocket booster to end its reliance on Russian engines.

More than eight years later, that BE-4 engine is finally ready for flight, and the rest of the first two-stage Vulcan rocket appears to be right behind it.

In a burst of New Year activity, CEO Tory Bruno confirmed that Vulcan Flight 1’s core stage (booster) has been fully assembled, buttoned up, and loaded onto ULA’s transport ship. The aptly named RocketShip will ferry the booster from ULA’s Decatur, Alabama factory to Cape Canaveral, Florida, where it will enter the final stages of launch preparation at the company’s Cape Canaveral Space Force Station (CCSFS) LC-41 pad.

Simultaneously, ULA has finished proof testing Vulcan’s first Centaur V upper stage, a larger and more advanced version of the Centaur III stage ULA and its predecessors have been flying for decades. Centaur V is almost twice as wide as Centaur III and is designed to hold two and a half times more propellant, enabling significantly higher performance in some scenarios.

Additionally, while ULA has partially abandoned plans for a reusable upper stage called ACES (Advanced Cryogenic Evolved Stage), some of those improvements may still be added to Centaur V. Compared to Centaur III, Centaur V’s longevity in space will grow from 8 to 12 hours. ULA is also developing a “mission extension kit” that will allow it to operate for multiple months – unprecedented for a rocket stage powered by cryogenic propellant.

Photos taken by a local paper appear to indicate that ULA is shipping one or more payload fairing (nosecone) halves alongside Vulcan’s first flightworthy booster. While unconfirmed, it would make sense for ULA to ship Vulcan’s booster and fairing together. Another tweet from Tory Bruno indicates that ULA intends to ship Vulcan’s booster and upper stage together, increasing the odds that all components will be aboard RocketShip when it departs for Florida.

Vulcan Centaur is ultimately designed to fully replace ULA’s existing Delta IV and Atlas V rockets. Building and operating two very different rockets simultaneously is undoubtedly one of the reasons that ULA’s launch costs are so much higher than SpaceX’s, and simplifying to a single production line is one clear way to achieve major cost savings. ULA hopes that the simplest version of Vulcan will eventually cost about $100 million per launch – still far more than SpaceX’s base Falcon 9 price [PDF] but potentially more competitive than Atlas V. That’s unclear, though, as Bruno has previously stated that Atlas V’s launch costs have fallen to about $100 million apiece thanks to unrelated cost savings.

Regardless, Vulcan Centaur will be a capable rocket and its price is close enough to SpaceX’s extremely competitive Falcon 9 for it to be a mostly valid option for launch customers who want diversity or want to avoid SpaceX for less rational reasons. Vulcan has secured more than 70 launch contracts thanks to ULA’s intimate relationship with the US military and Amazon’s reluctance to launch its Project Kuiper internet satellites with the company behind Starlink, a direct competitor.

Fitted with two BE-4 engines, six solid rocket boosters (SRBs), and unknown upgrades, ULA says the most capable version of Vulcan Centaur will be able to launch up to 12.1 tons (26,700 lb) to the Moon, 15.3 tons (33,700 lb) to geostationary transfer orbit (GTO), and 27.2 tons (60,000 lb) to low Earth orbit (LEO). To high orbits, the most capable Vulcan variant will fairly competitive with SpaceX’s Falcon Heavy rocket. To low orbits, it will generally match or slightly exceed the performance of an expendable Falcon 9, but likely for a much higher price. By every measure, the simplest and cheapest Vulcan variant is significantly less capable than even a partially reusable Falcon 9 and will likely cost 50-100% more.

Indicating ULA’s confidence in the unflown rocket, the main target of Vulcan’s first launch is the Moon. Vulcan Flight 1 will carry two main payloads: the first two Amazon Kuiper satellite prototypes and Pittsburgh startup Astrobotic’s first Peregrine Moon lander. After deploying both Kuiper satellites in low Earth orbit, Centaur V will fire up again and attempt to send the 1.3-ton (~2850 lb) Peregrine lander directly to the Moon – also known as a trans-lunar injection (TLI) burn. Developed as part of NASA’s Commercial Lunar Payload Services (CLPS) program, Peregrine will be tasked with entering orbit around the Moon and eventually landing up to 70-90 kilograms (150-200 lb) of payload on the lunar surface.

The first Peregrine Moon lander is fully assembled and currently in the middle of extensive integrated testing. If successful, ULA CEO Tory Bruno says that Vulcan will likely be ready to launch sometime in Q1 2023, though Q2 2023 is more likely.