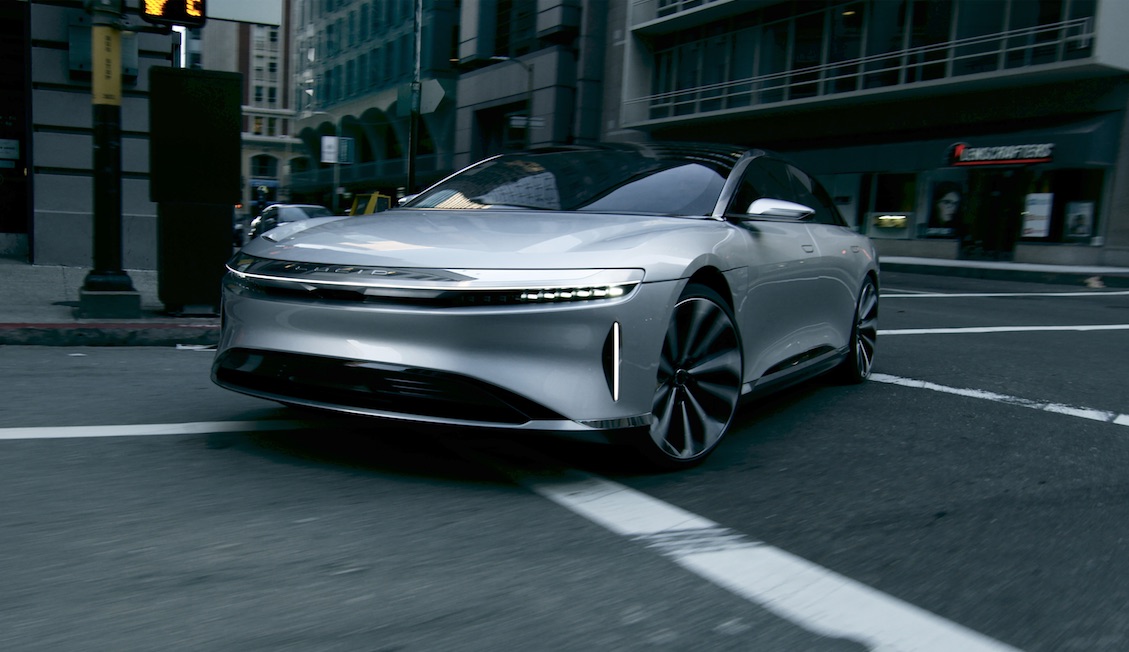 Lucid Motors has announced that the starting price of its ultra-luxury ‘Air’ will begin at $52,500, after tax incentives. The base model will have a 240-mile range keeping it competitive to Tesla’s $35,000 mass market Model 3 with an expected minimum all-electric range of 215 miles.

The timing for today’s press release of a lower-cost ‘Air’ puts Lucid Motors in a strong position, as it clarifies previous rumors that the Silicon Valley-based automaker would only make a $165,000 ultra-luxury version. Air’s futuristic interior and lower-than-expected pricing could entice anxious Model 3 reservation holders to cancel and opt for the more luxurious, larger vehicle.

Additionally, Lucid ‘Air’ is poised to become the industry’s longest range electric vehicle with the option to upgrade to a 400-mile battery pack, currently held by Tesla’s Model S 100D.

It’s worth noting that Lucid’s press release indicates that the base price for ‘Air’ will be $52,500, after tax incentives, but a fully optioned version will cost north $100,000.

Here are the planned options for the vehicle:

The base vehicle includes a plethora of features including; 400 horsepower, a  rear wheel drive powertrain, combined trunk storage of 32 cubic feet, 240-mile range, autonomous driving hardware, and over-the-air software updates. The included options at this price range competes heavily with the Tesla Model S, which starts at $68,000 and has a lesser range of 210 miles. Lucid Motors is currently working with Samsung SDI to produce the vehicle’s batteries. Lucid Motors demonstrated the ‘Air’ at a private event in Newport Beach, CA

The company is also offering a “Launch Edition” for the first 255 customers and starts north of $100,000. Options included for the Lucid ‘Air’ Launch Edition include:

As Lucid launches the vehicle into production, they plan to produce 10,000 vehicles in the first 12 months. It is unclear exactly when the ‘Air’ will enter production, but the company told Teslarati at one of their private launch parties that the car is expected to go into production in 2019. Lucid currently building a $700M production plant in Casa Grande, Arizona that is expected to employ 2,000 workers.

Lucid Motors was founded in 2007 and has raised over $130M in venture funding over the years. The company’s CTO, Peter Rawlinson, was Vice President of Vehicle Engineering at Tesla, where he developed the Model S. Additionally, one of Lucid’s co-founders, Sam Weng, was a VP at Redback Networks and Senior Director at Oracle.

If you are interested in placing a reservation for the ‘Air’, Lucid requires a $2,500 deposit for the standard vehicle and $25,000 for the Launch Edition. Reserve Here