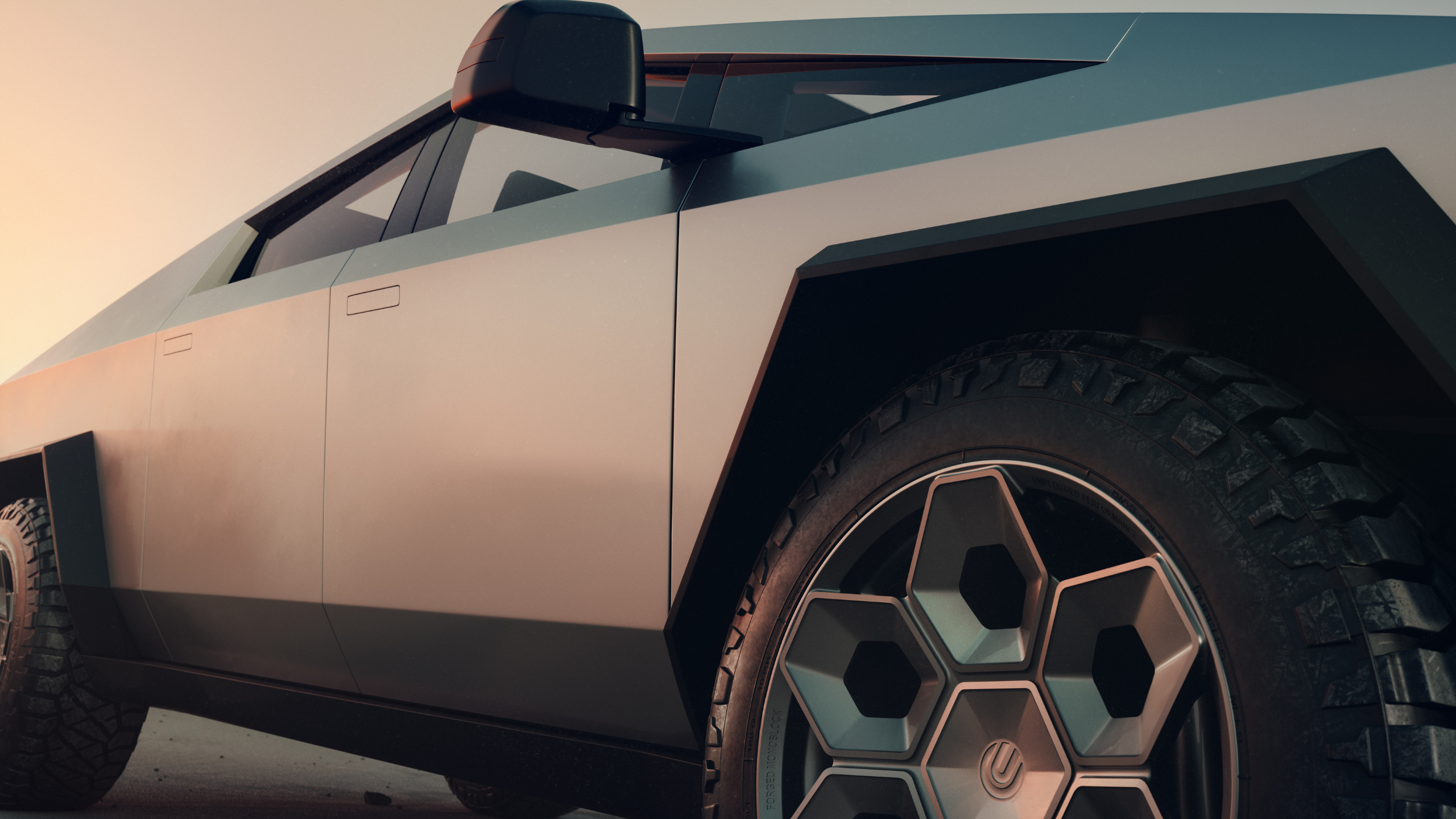 Unplugged Performance (UP) unveiled the first-ever Tesla Cybertruck aftermarket wheel on Wednesday. The CYBRHEX Forged wheel was designed by UP which partnered with Sasha Selipanov, an accomplished sports car designer whose work can be seen on the Bugatti Chiron, Lamborghini Huracan, Koenigsegg Gemera, Koenigsegg CC850, and many more.

UP CEO Ben Schaffer was having a late-night conversation with Selipanov about design. Selipanov showed an old concept car that he developed, the Pharoah. The design dated back to 2007 and predated Selipanov’s work with Lamborghini, Bugatti, and Koenigsegg. Schaffer immediately liked it and thought it brought up feelings of an unlimited future where the lines between retro and futuristic designs blurred. The CYBRHEX wheel is the result of that late-night conversation.

Along with the new aftermarket Cybertruck wheel, Schaffer said that the new design is a sign of things to come regarding UP’s support of the Cybertruck’s future.

“The Cybertruck represents an exciting phase and future for our brand. Having started as the first engineering house to enhance Tesla vehicles, we’re thrilled with the Cybertruck’s potential to cross all boundaries and surpass legacy assumptions of what a vehicle can do,” said Schaffer

“We have enormous plans to support the Cybertruck future, and this wheel debut is a sign of things to come as we re-write expectations. It remains our priority at UP to continue our partnerships with cutting-edge, world-class factories as well as the brightest and best minds in design.”

Schaffer also shared thoughts about the design of both the wheel and electric vehicle it was made for.

“There’s a shared quality of timelessness with CYBRHEX design and the Cybertruck. The 70’s inspired wedge design in both cases represents a visual that would be equally appropriate inserted in scenes from the 1970s, the 2000s, or even a hundred years into the future. This design aesthetic also would be equally appropriate on earth or roaming the surface of other planets. A desire to push the limits of design, and a shared passion for the art of making exciting cars inspired our collaboration to turn the concept into reality.” he said.

Selipanov added that he was excited to team up with UP for the new design and wanted something that would be fit for both Earth and Mars.

“I’m excited to team up with Unplugged Performance for this new wheel design. We aimed for something that looks equally at home on Earth and on Mars. The result is a great match for the brutalist aesthetics of the Tesla Cybertruck.”Selipanov said.

“It is fantastic to see the return of brutalist “wedge” shapes to car design. Pioneered in the 1970s by the great Italian design masters, this form language always looked towards the future and towards space exploration in particular. My 2007 Pharaoh sketches were inspired by that era in car design, I am thrilled to have contributed to Unplugged Performance’s new CYBRHEX wheel,” he added.

“The ‘CG in real-life’ CYBRHEX design has already been fitted on the Model S Plaid with Tesla’s large carbon ceramic brake kit and has been developed for the entire range of Tesla Vehicles, including the Model S, Model 3, Model X and Model Y,” UP said in a press release. You can view all the photos in the gallery below. 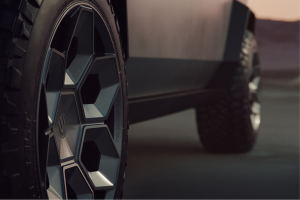 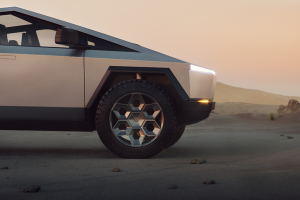 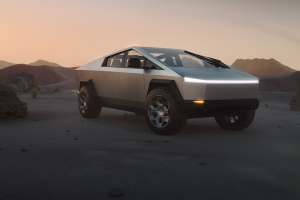 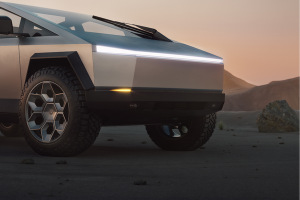 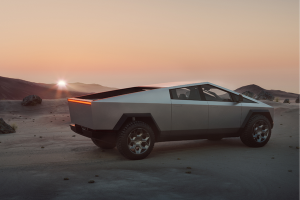 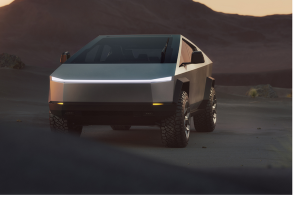 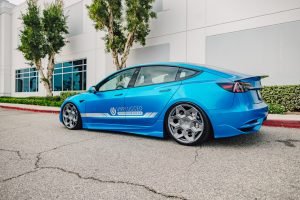 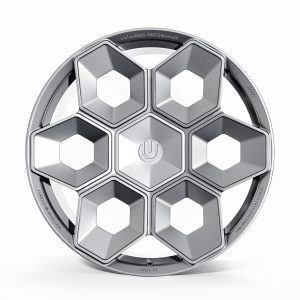 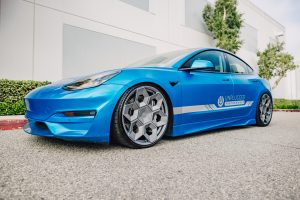 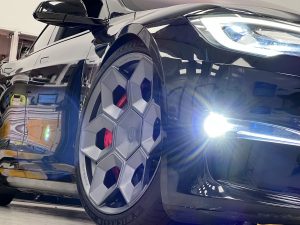 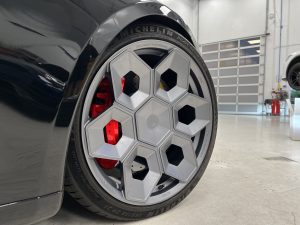 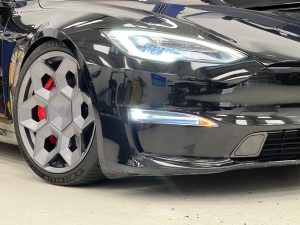 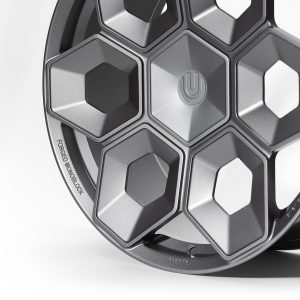 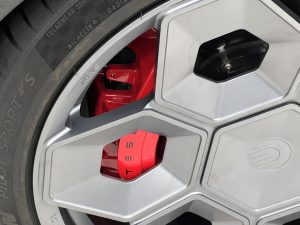 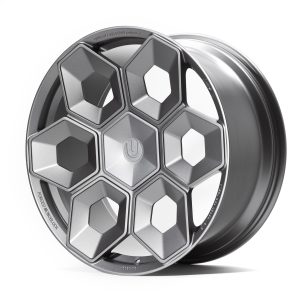 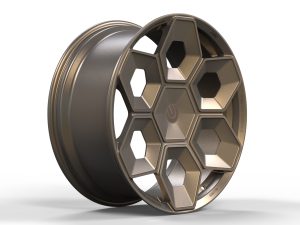 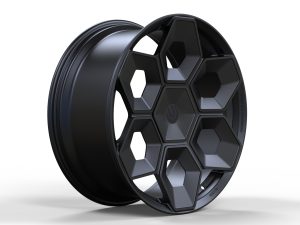 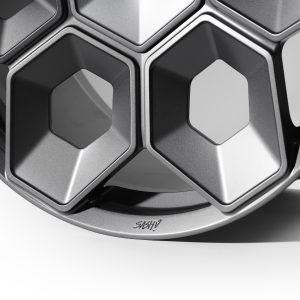 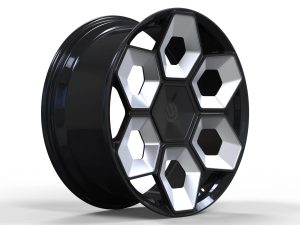